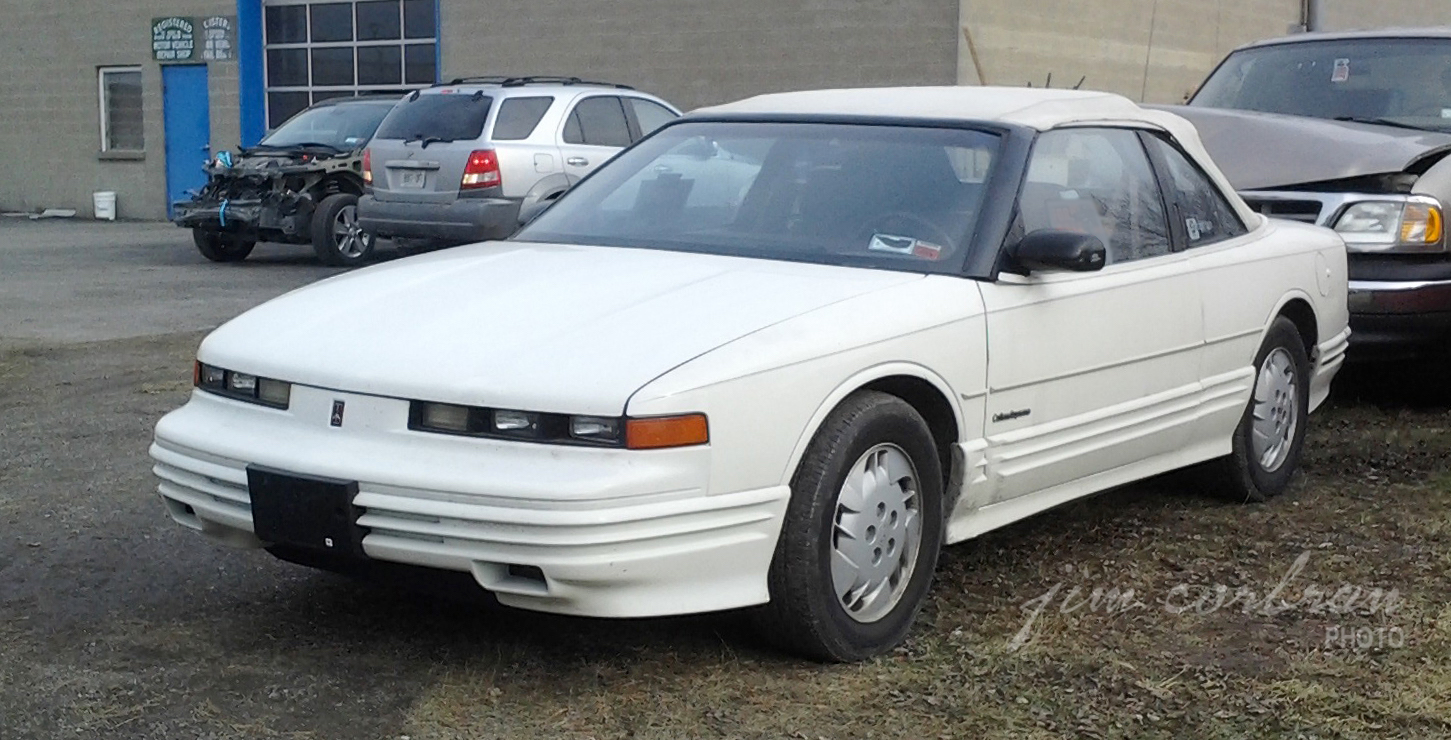 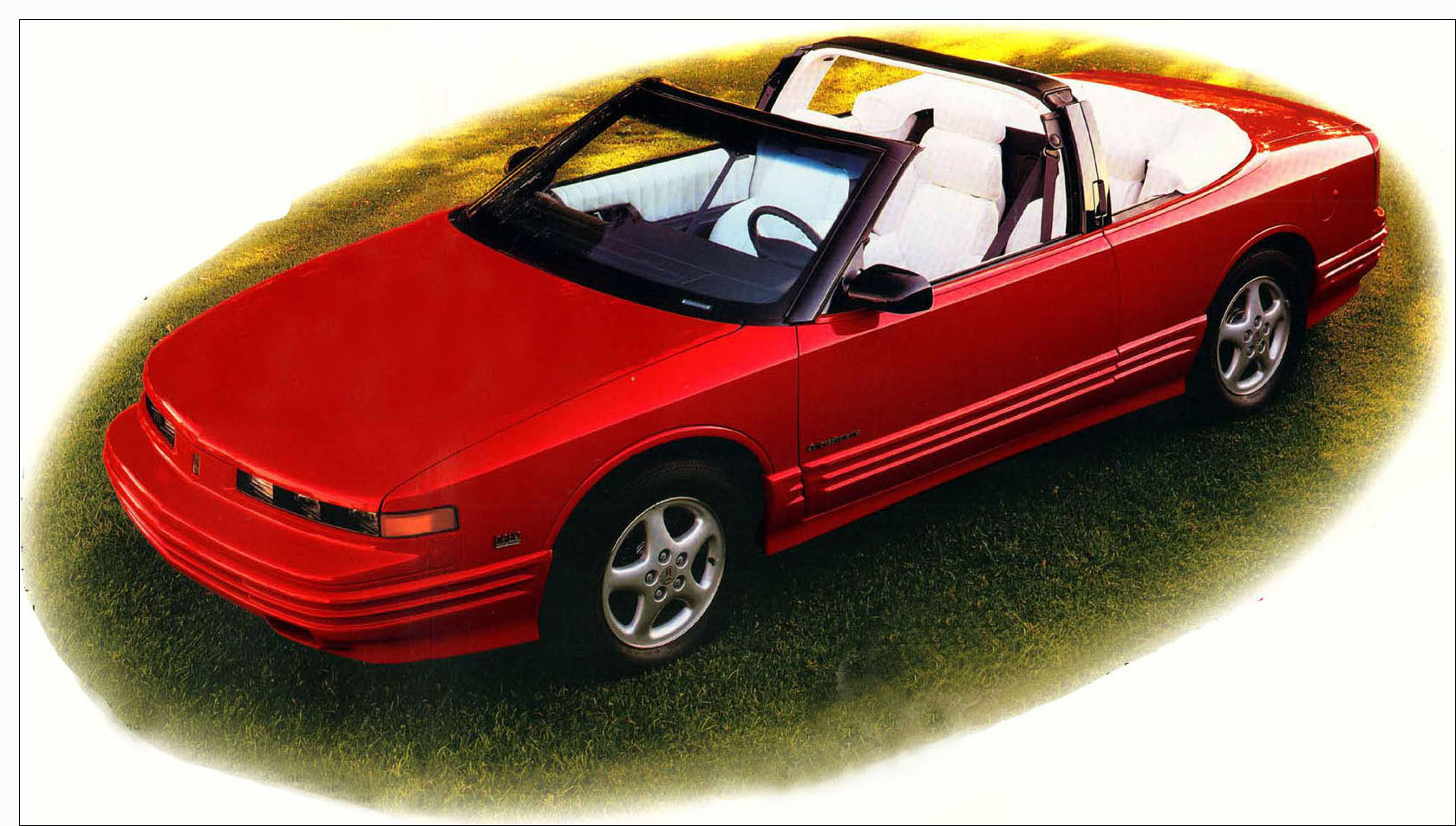 If you’d been in the market for a convertible back in the winter of 2016, this 1992 Oldsmobile Cutlass Supreme could have been yours for a mere $1,575 — or maybe even less if you were good at bargaining. We spotted it outside a repair shop in Wheatfield and no, it’s not still there. The similar 1996 brochure told us that The Denver Post referred to it as “...easily one of the best convertibles on the market. (Feb. 27, 1993).” Well then, it musta been! No mention was made however, of how the basket handle roll-type bar, needed for body rigidity, made the car look like a big ballet slipper with the top down (inset).