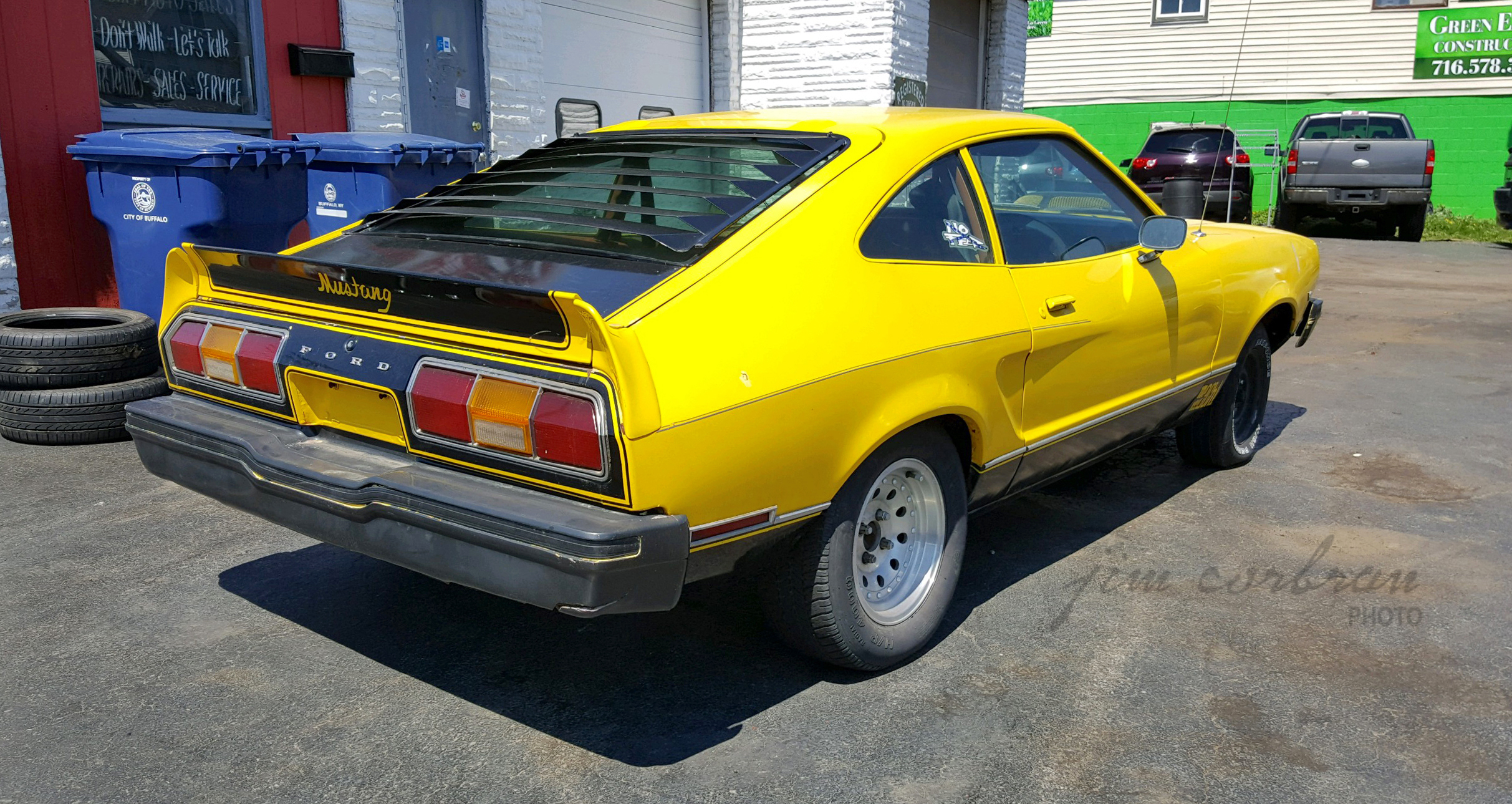 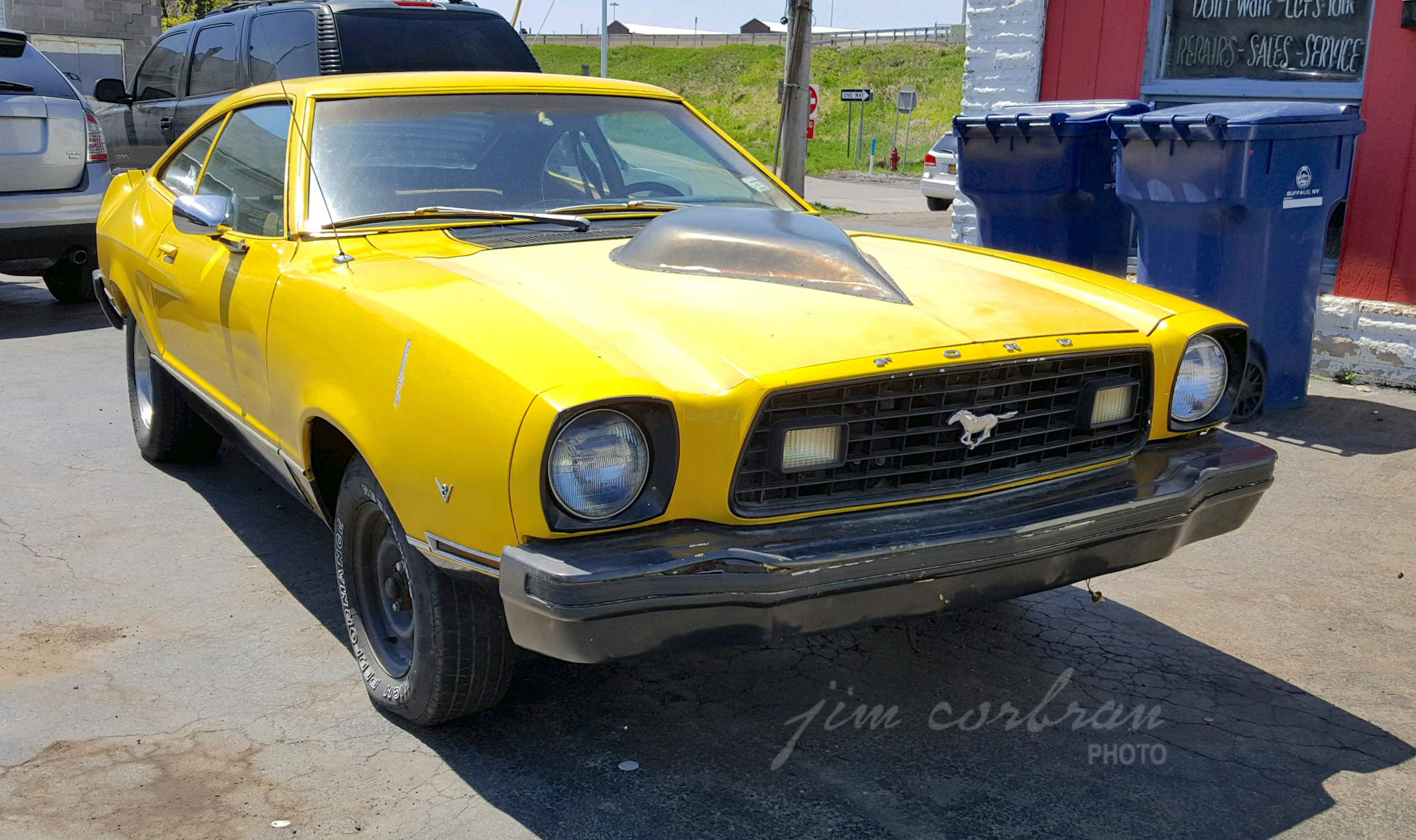 Trying to figure out the year of this Mustang II Mach 1 isn’t easy. The fender badge says V8, which narrows it down to a 1975-1978. Although, none of the official Mach 1 illustrations I saw included the rear spoiler seen on this car (which looks more Cobra II-like); the hood scoop, of course, is a definite after-market add-on. Ford sold a butt-load of Mustang IIs from ’74-’78, but when the redesigned 1979 models (minus the Roman numeral) hit the showroom they sold an even bigger butt-load of them. We saw this yellow RealRide a few weeks back while bicycling through the Riverside neighborhood of Buffalo.