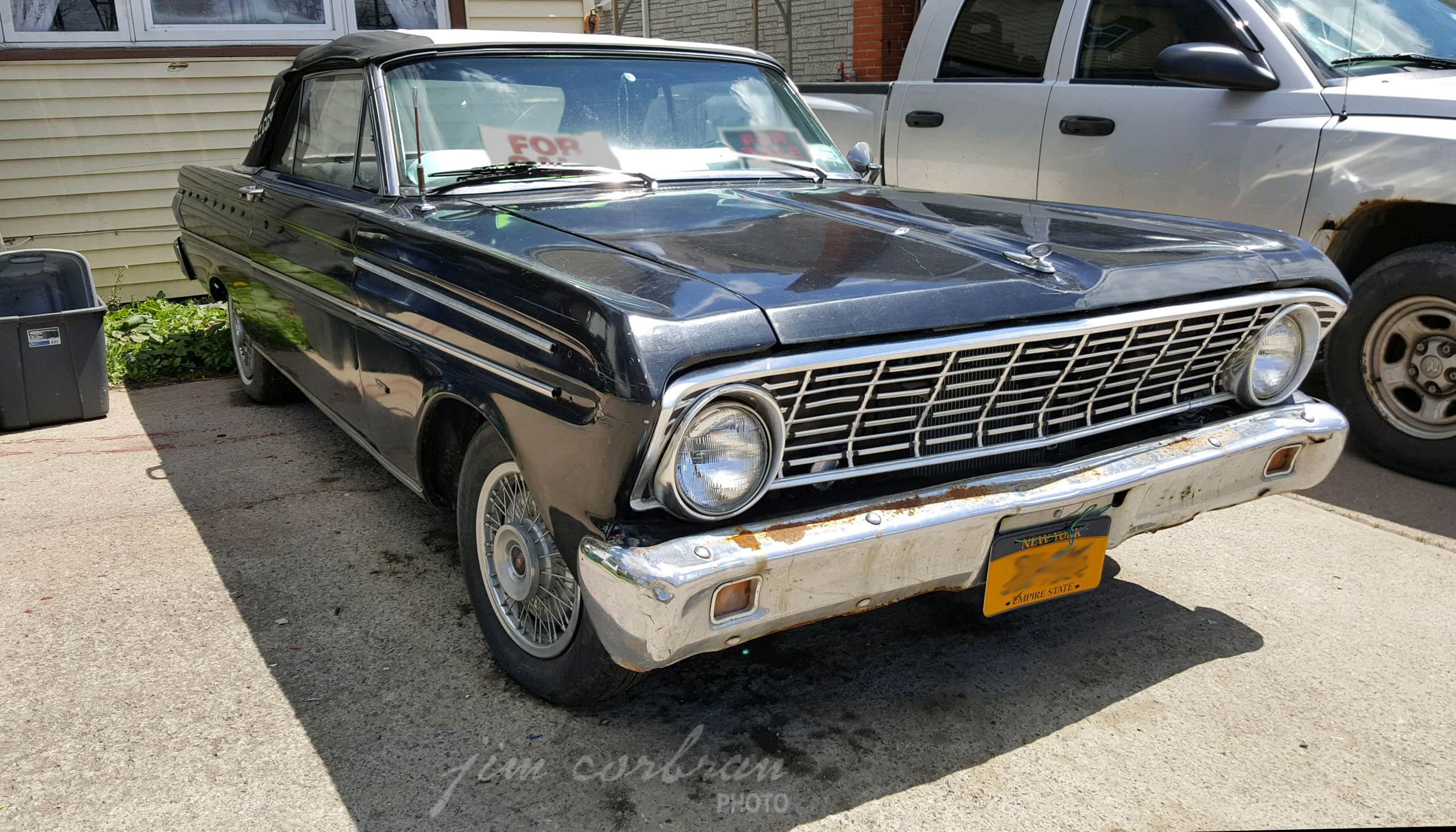 With summer right around the corner, at least calendarically, this 1964 Ford Falcon Futura might be just what you’re looking for. We came across it a few weeks ago while bicycling through the West Side of Buffalo. It’s wearing a couple of for sale signs, and looks like it might need a bit of work but hey, it’s a convertible! The Falcon, you may remember, especially the sportier Futura and Sprint models, suffered greatly saleswise at the hands of the new Mustang. It would disappear as a compact after MY 1970, with the nameplate going away completely after the Torino-based 1970-1/2 models. This one appears to be wearing a set of Oldsmobile wire wheelcovers. 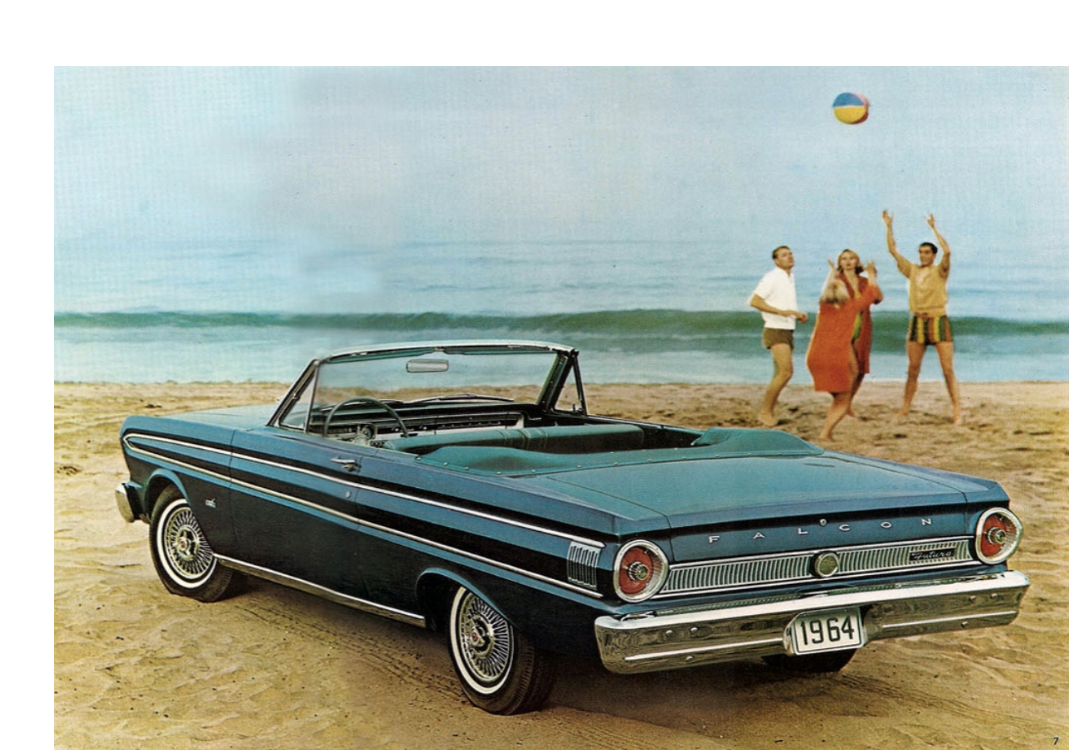