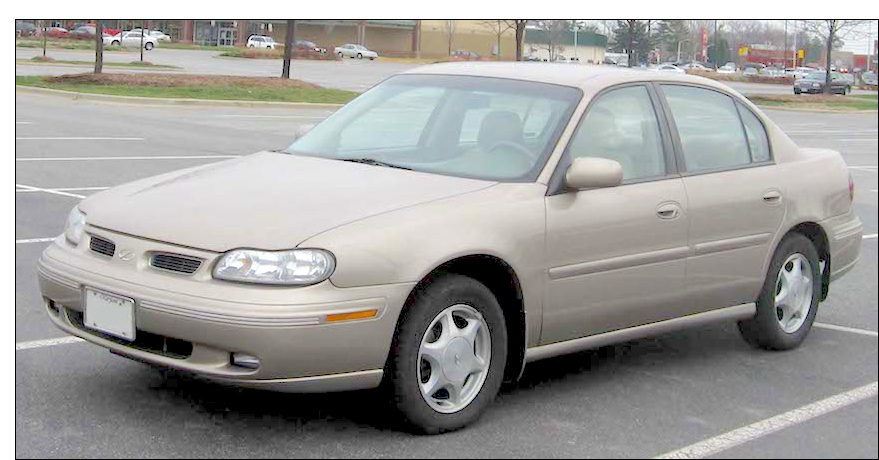 Some, many even, say that badge-engineering is what helped kill-off the Pontiac and Oldsmobile brands at General Motors. Right up there with Pontiac’s G5 and Montana (not to mention the Saturn Relay and Saab 9.7-X) was this, a c1998 Oldsmobile Cutlass. The last to wear the nameplate, this one was nothing more than a thinly disguised Chevrolet Malibu with a slightly revised final-gen Olds Eighty-Eight grille. It caught our eye a few years ago in Niagara Falls. I imagine the yellow rims helped.