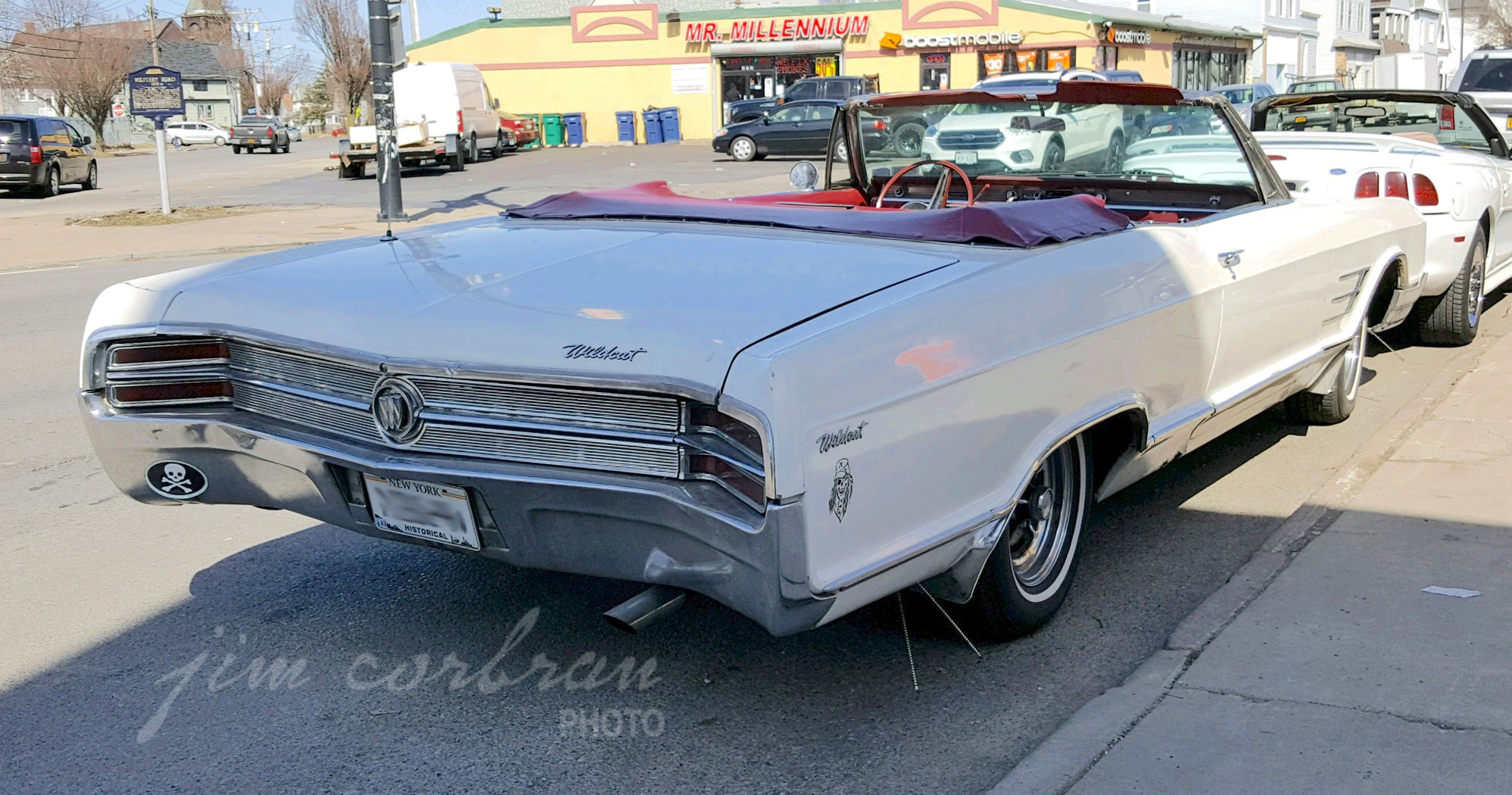 By the time this 1965 Buick Wildcat convertible hit the showrooms, the nameplate was also available in a four-door sedan or hardtop, as well as the two-door hardtop as which it debuted half-way through MY 1962 (perhaps as a response to Pontiac’s popular new Grand Prix). In the ’65 brochure, Buick touted the Wildcat’s “…performance, ride, handling and all-around luxury.” A 401cid V8 rated at 325 hp was standard, but you could option it up to 340 or 360 hp if desired. Surprisingly, three- and four-speed manual transmissions were still available with the base engine. We saw this one a few weeks back bicycling through the Black Rock neighborhood of Buffalo.