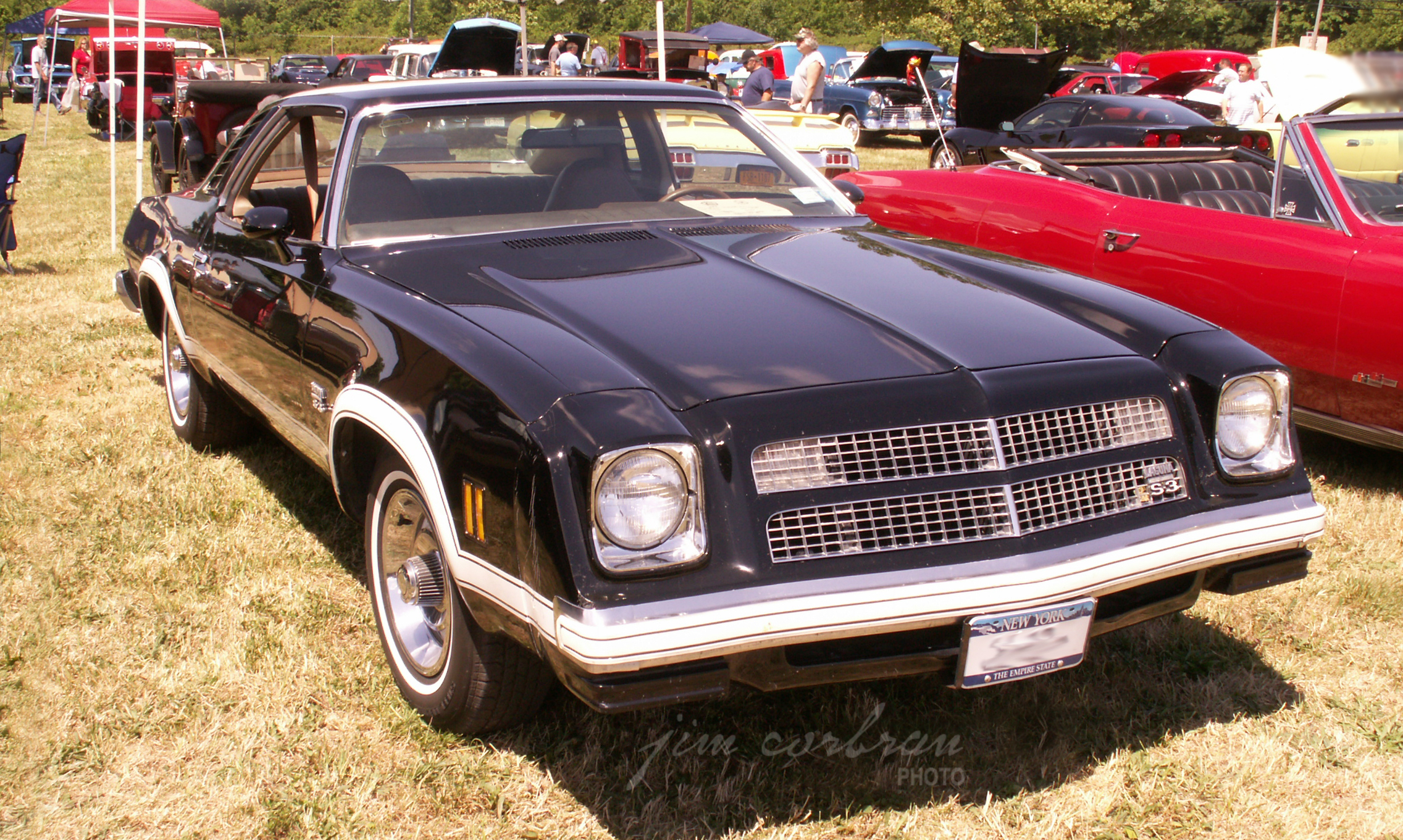 Chevy told us that the 1976 Chevelle Laguna Type S-3 was “The Sportiest Chevelle.” If nothing else, it appears to have been the Chevelle with the longest model designation. A couple of things immediately made the S-3 stand out from the other Chevelles: “…an aerodynamically styled urethane ‘soft’ front end that [told] anyone watching you’re not about to go the way everyone else goes;” and the “louvered coach windows,” which made an already claustrophobic rear seating area (the rear-quarter glass was fixed in place on all Chevelles) even more closed-in. The Chevelle nameplate, and the colonnade styling, would continue on through MY 1977, after which Chevy’s entire mid-sized lineup took on the Malibu moniker. Saw this one way back in 2012 at the Niagara Car Show in Lockport.