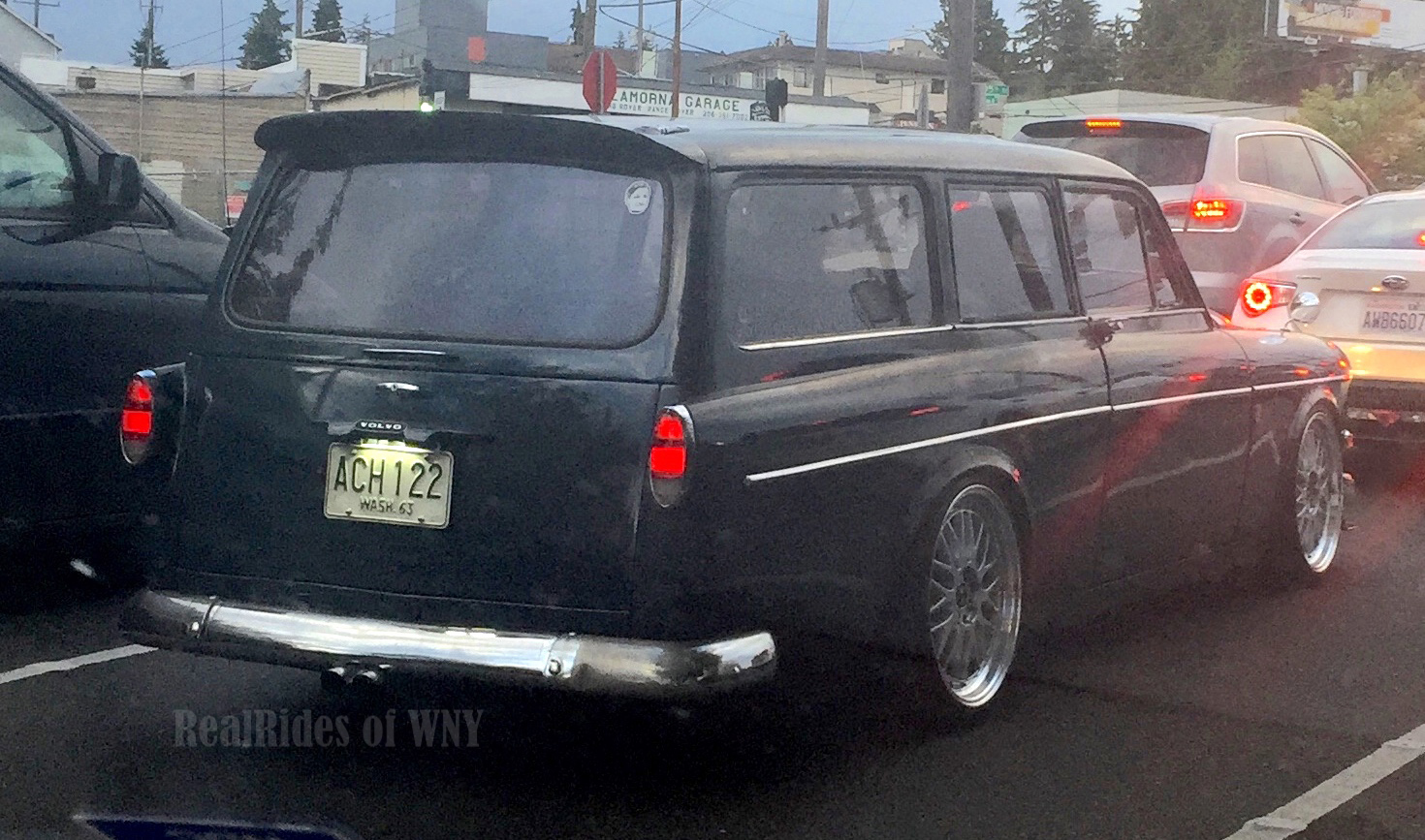 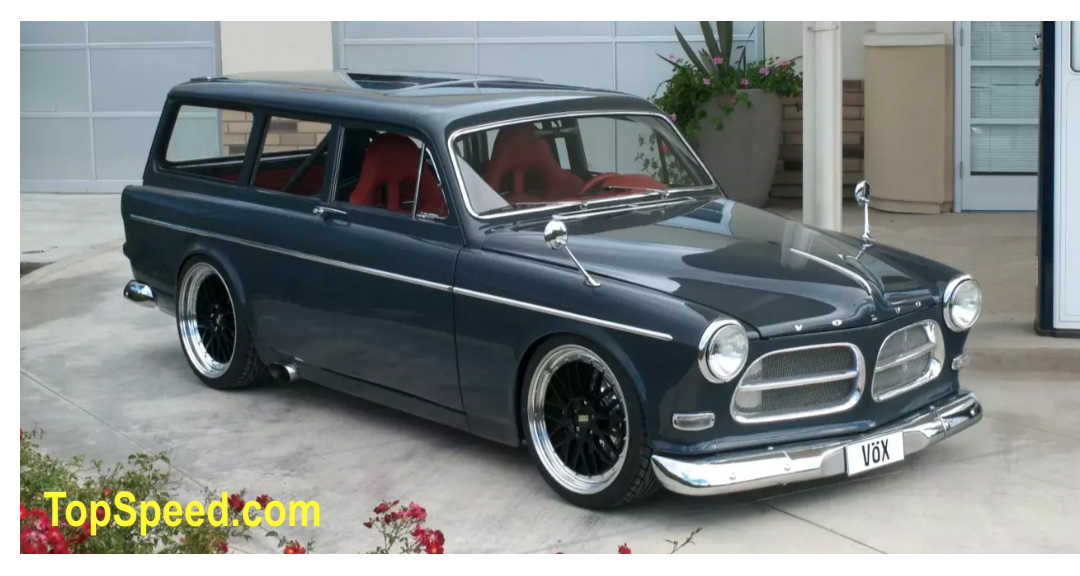 Taking car photos at dusk is always an iffy proposition, especially if you’re in traffic, and it’s a dark-colored car like this 1967 Volvo Amazon, spotted by my daughter Katie on a Seattle street back in 2018. This one’s a bit unusual, as it has only two doors (a model which wasn’t factory-produced — see the lineup below). Doing a bit of research online, I came across this very car in an article on TopSpeed.com about the 2006 SEMA trade show in Las Vegas. The car and its owner, Mathias Vöcks, were winners of a contest in Sweden to find “Sweden’s Hottest Volvo,” after which they were presented with an all-expenses-paid trip to represent the country at that year’s show. You can read the story here. Seeing that in our photo it’s wearing a Washington tag, I wonder if it ever made it back to Sweden after the SEMA show?