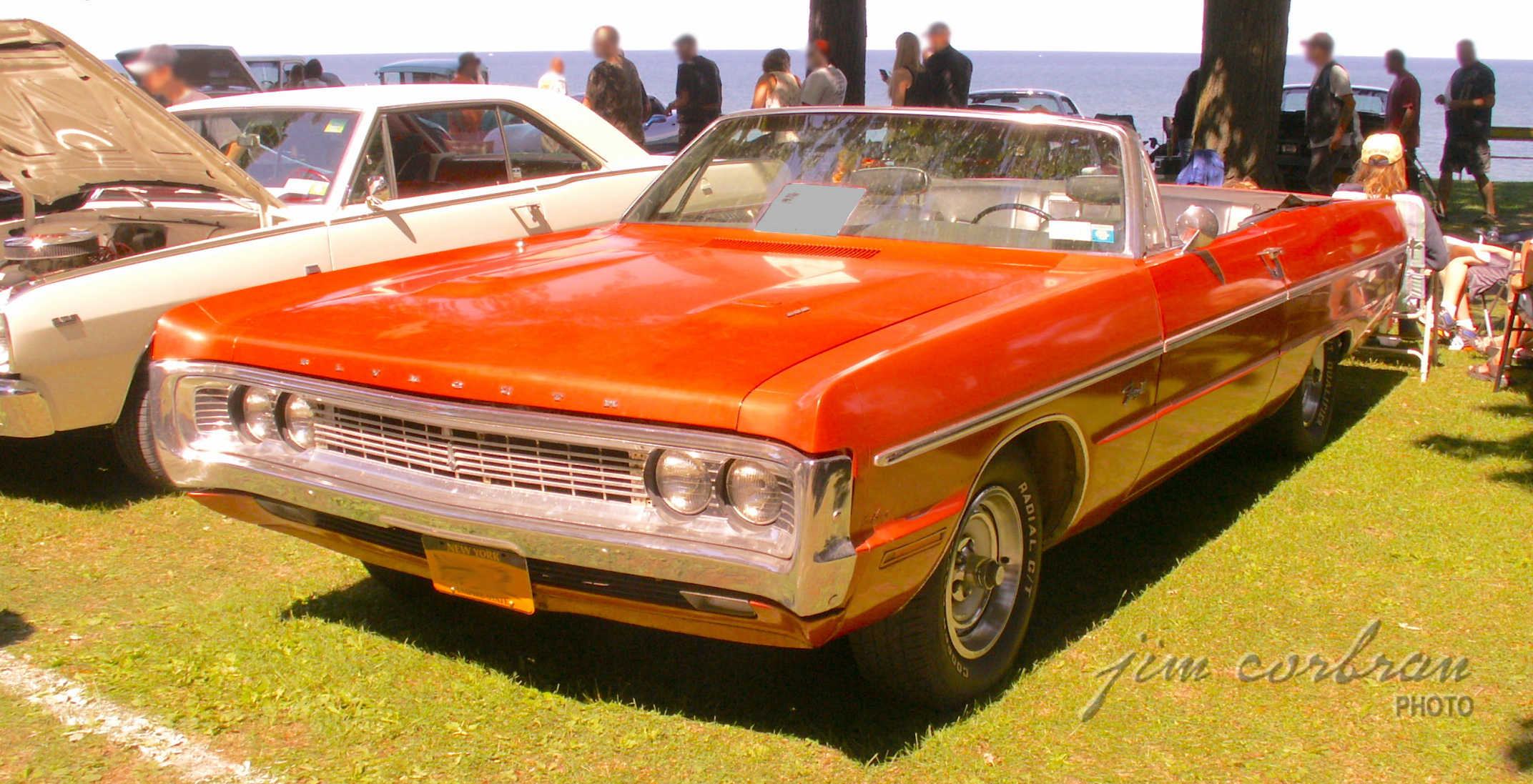 This 1970 Plymouth Fury III is representative of the marque’s second year of what Chrysler called Fuselage Styling (wide in the middle and narrowing at the top and bottom). At the time, Plymouth told us that “Today’s look is more than just bell bottoms and sideburns. It’s a whole attitude.” The three gentlemen in the brochure photo (below) of a car very much like today’s RealRide, certainly have The Look down pat. Big cars were still popular in 1970. Besides the Fury I, II, and II, there was a Sport Fury, Sport Fury GT, Sport Fury S/23, and a range of station wagons. This red drop-top was seen at the 2016 Olcott Beach car Show. 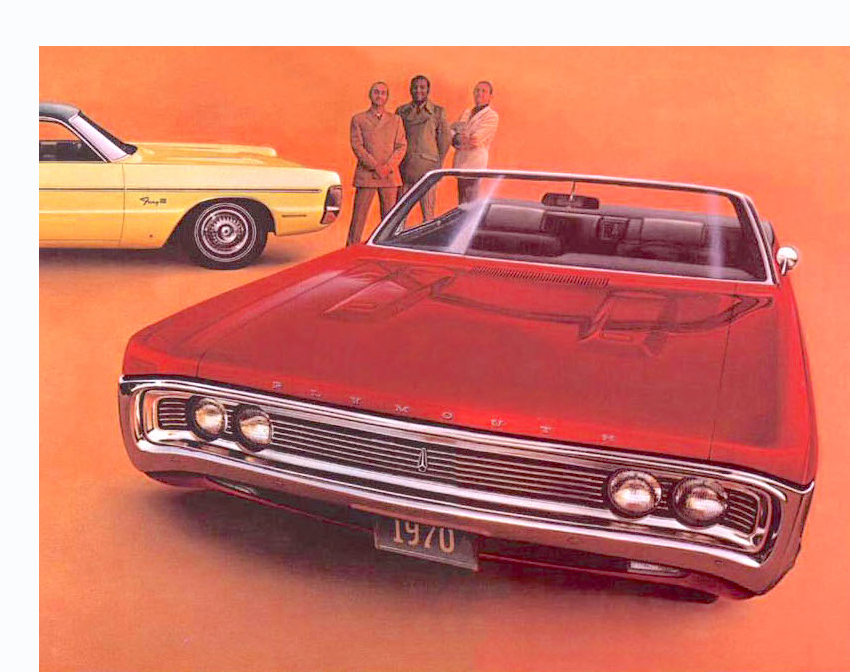