This 1996 Oldsmobile Ciera SL was sported with a for sale sign in the window five winters ago in Wheatfield. Not sure if the seller thought it would be a good winter driver, or if the seasonal offering was just a coincidence. Olds’ mid-sized front-driver was introduced for MY 1982 in station wagon (below) and two- and four-door sedan versions as the Cutlass Ciera. For 1996, the Cutlass moniker was dropped and the line (minus the two-door since MY 1991) was simply the Olds Ciera in this, its final year of production. Its place in the Olds lineup for 1997 was taken by a rebadged version of Chevy’s Malibu, called… surprise! — the Olds Cutlass. 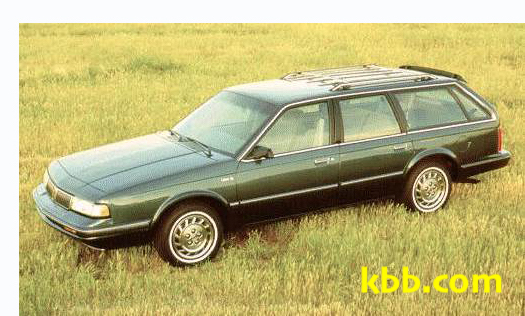