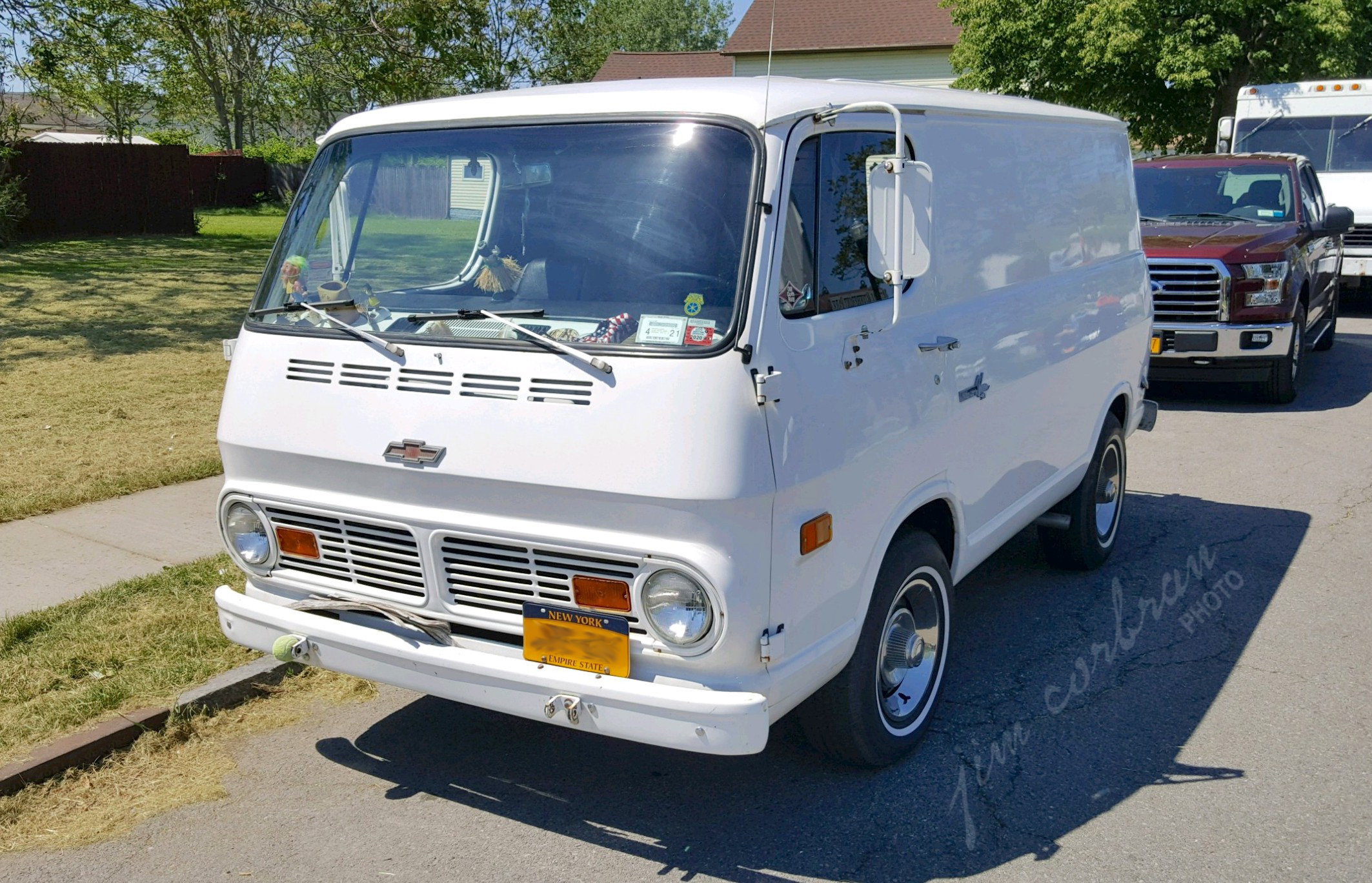 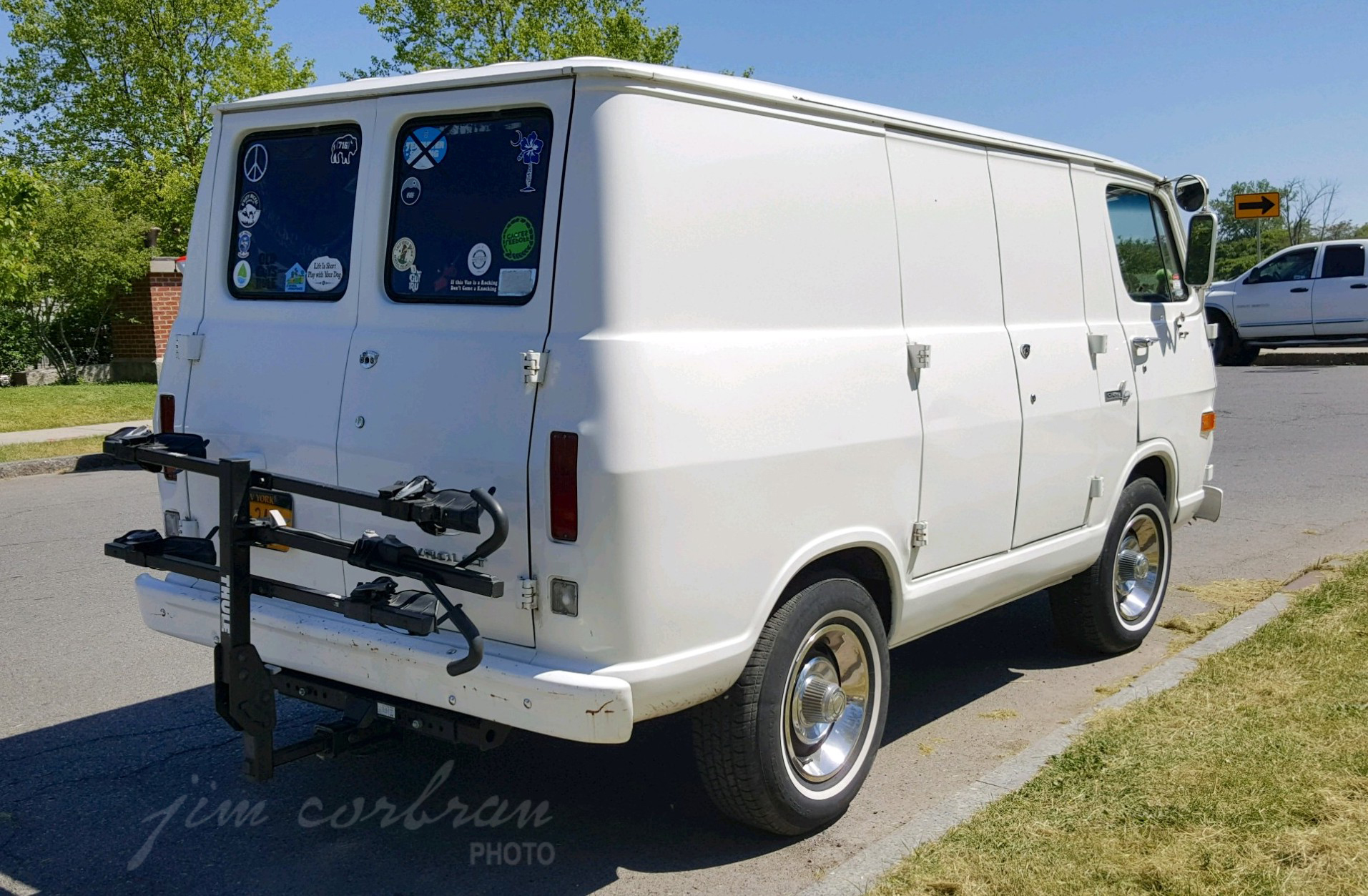 This 1968 Chevy Van 90 is one of three we saw from that era on a recent bicycle ride in Buffalo. This one, spotted in the Old First Ward, was probably the nicest looking one of the lot. For these second-generation vans, the 1968 engine choices were Chevy’s straight sixes of 230 or 250 cubic inches, as well as a 307cid V8. In addition to this 90-inch wheelbase model, for buyers needing more carrying capacity, a longer 108-inch WB version was offered — unlike Ford’s rival Econline van, whose longer version consisted of an awkward-looking addition tacked-on to the body behind the rear axle (see bottom photo). This version of the Chevy van would carry on until the totally redesigned 1971 model debuted. 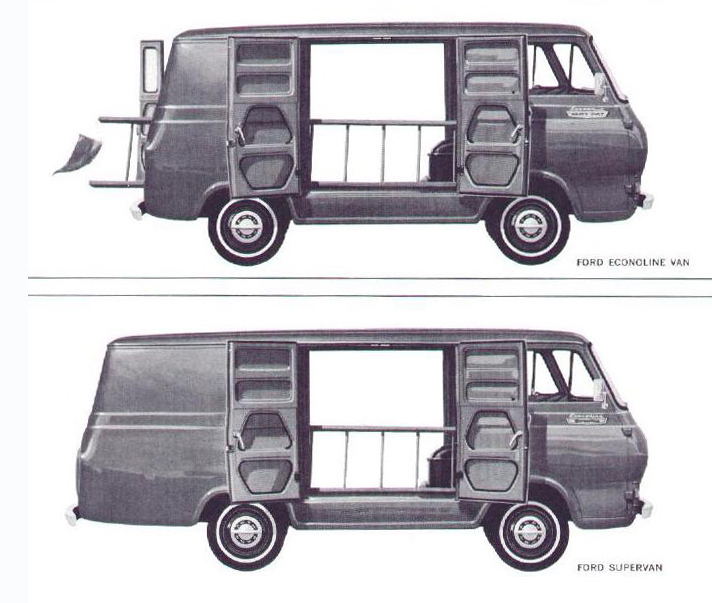