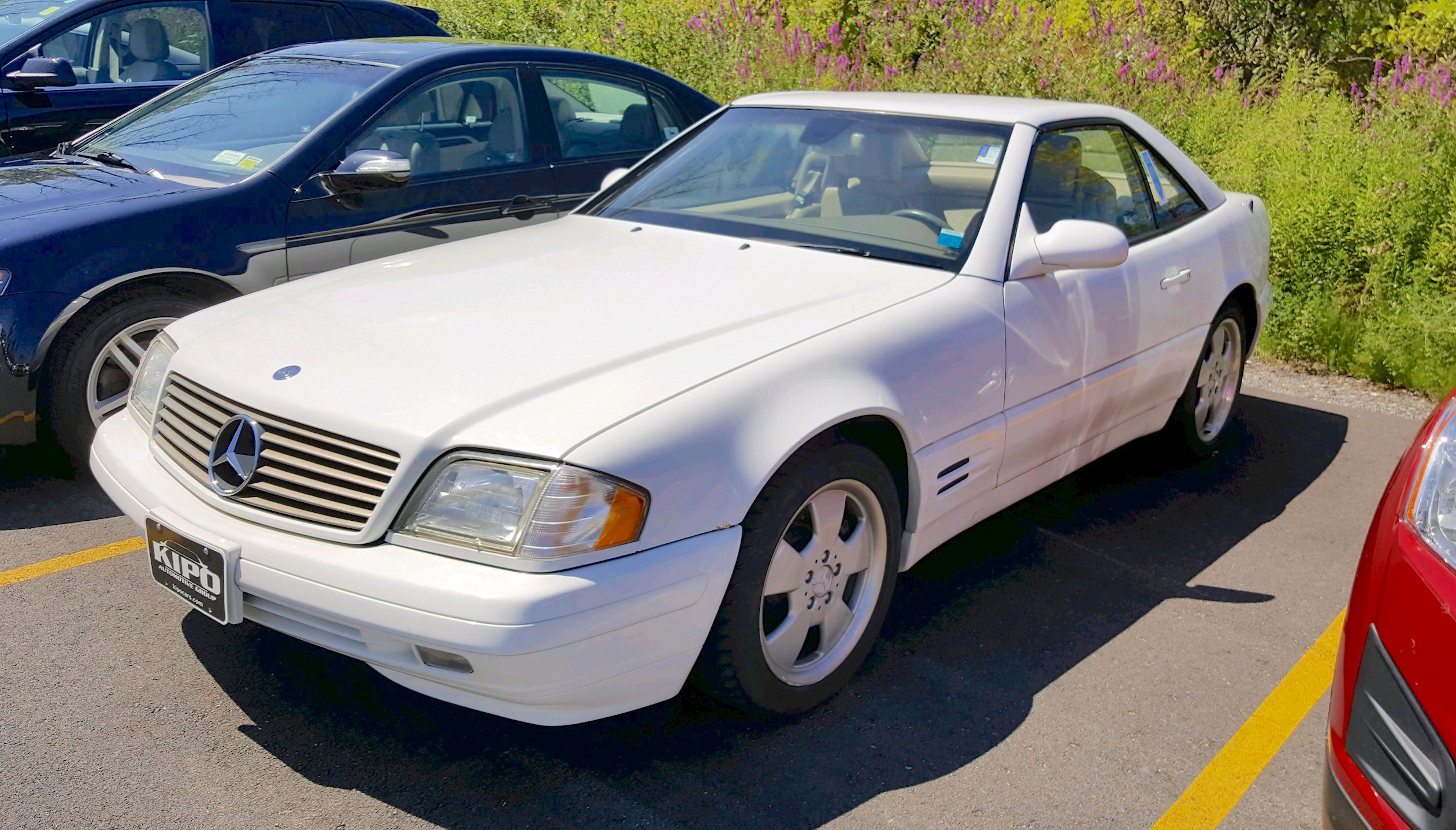 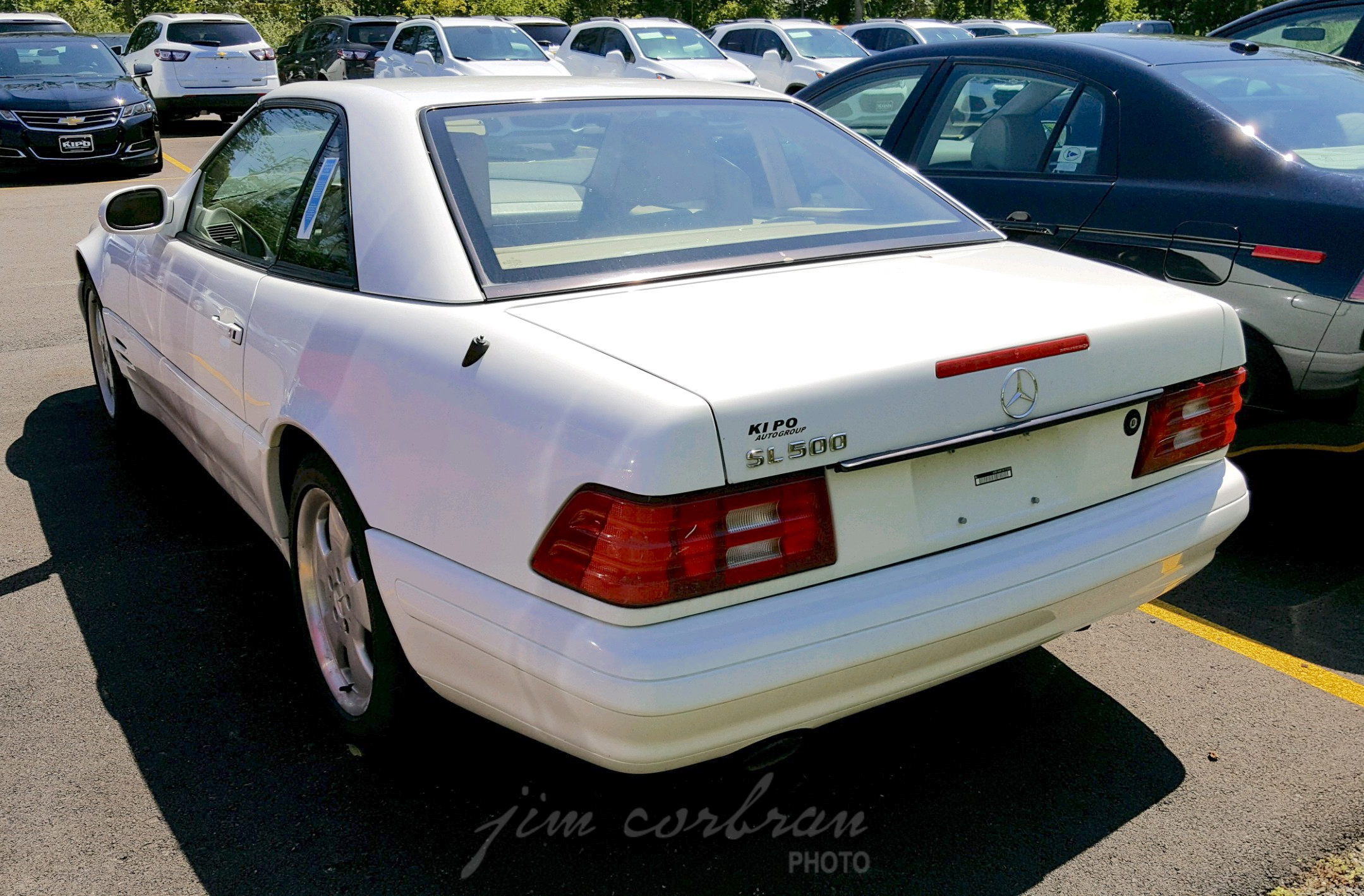 Here’s something you don’t often see on the used car lot of a Chevrolet dealer — a 1999 Mercedes-Benz SL 500, spotted a few years ago at Ki-Po Chevrolet in Ransomville. While we were there we should have stopped in to see if our hopes were indeed fact: that it was traded in on a new Chevy Spark, Lol. If you’re curious, below is a brochure illustration of an SL 500 with the top removed. A much better look, IMO.