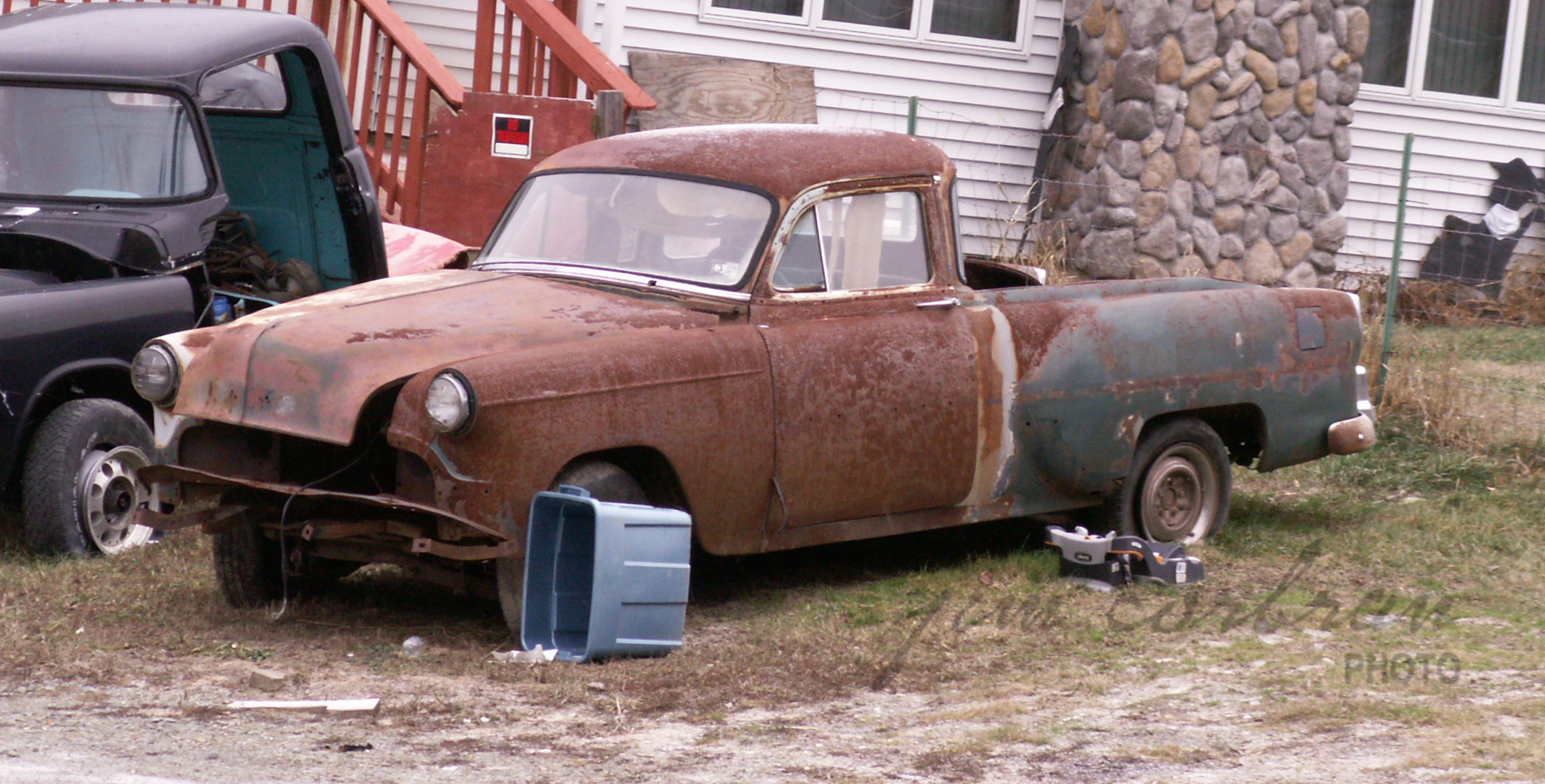 If you’re on this page, you probably already know that the first modern-day car/pickup from Chevrolet didn’t arrive until MY 1959. But back in 2016, on my way to New York City on Rte. 17 I was passing through the town of Apalachin and exited for a pit stop. Driving down one of the town roads I spotted (I think) a 1954 Chevy trying to morph into a pre-El Camino. From the looks of it, it’s been sitting there a while. Tried unsuccessfully today to find it on a Google map (Apalachin isn’t all that big) to see if it’s still there, but I can’t remember exactly where it was. It would be interesting to see if anything ever became of this project.