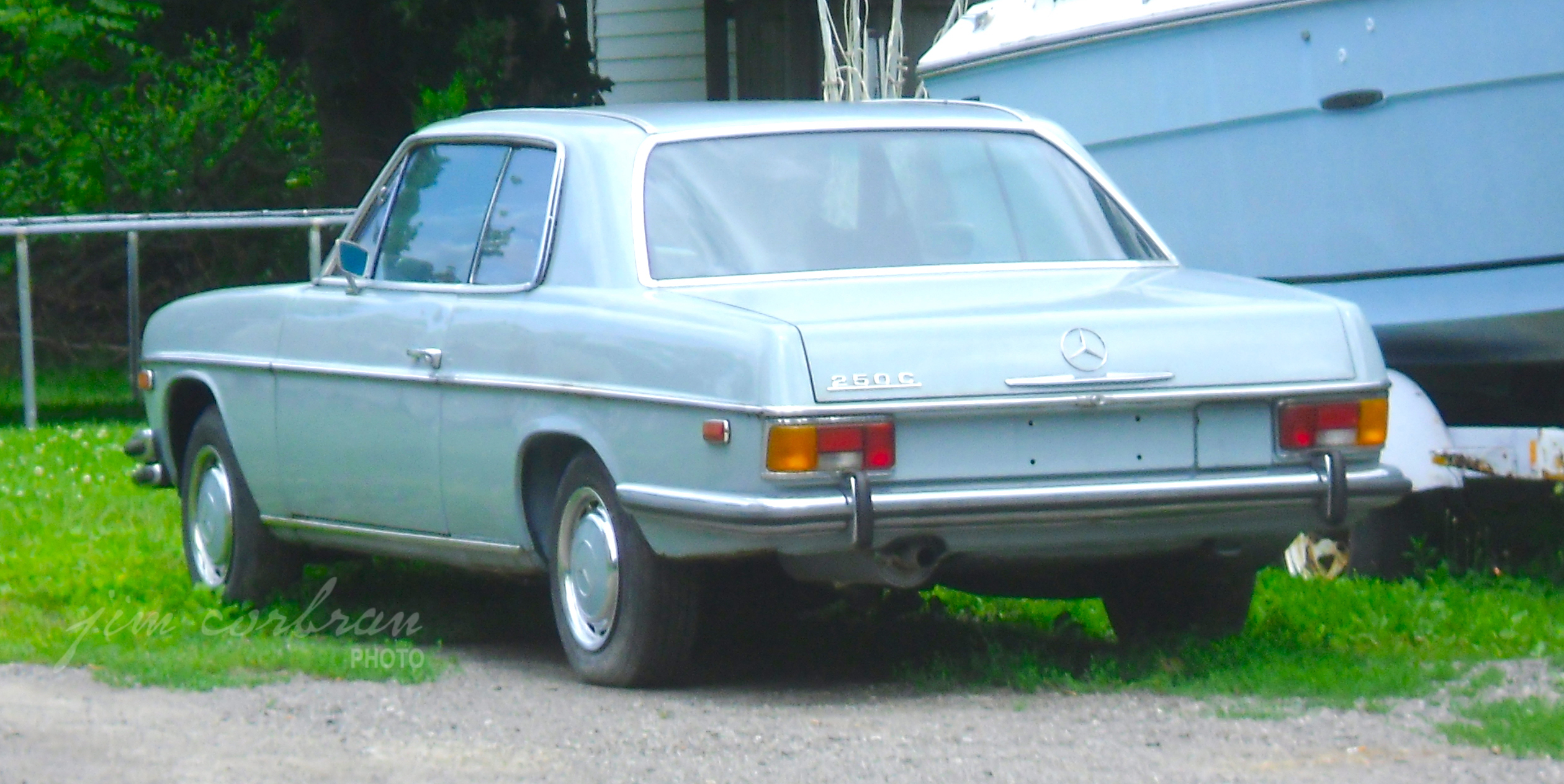 It was ten years ago this month that we passed by this 1972 Mercedes-Benz 250 C in Sanborn. Even then it was an unusual find, as it seems (IMO) that most of the old M-Bs still around from this series were four-door sedans. Again, IMO, these were among the nicest looking cars on the road back in the day — maybe even still! The 250 C (“C” for coupe) was produced from 1968-72, and it came with a 2.5L inline six under the hood. Just over 8,800 of them left the factory. Internally known as the W114, these cars debuted in four-door sedan form with the model designation 230 (in reference to their 2.3L engines), and moved on up through the 250 and 280 before ending production.

Got a RealRide you'd like to see featured here?
Drop us a line @ realrides@buffnews.com