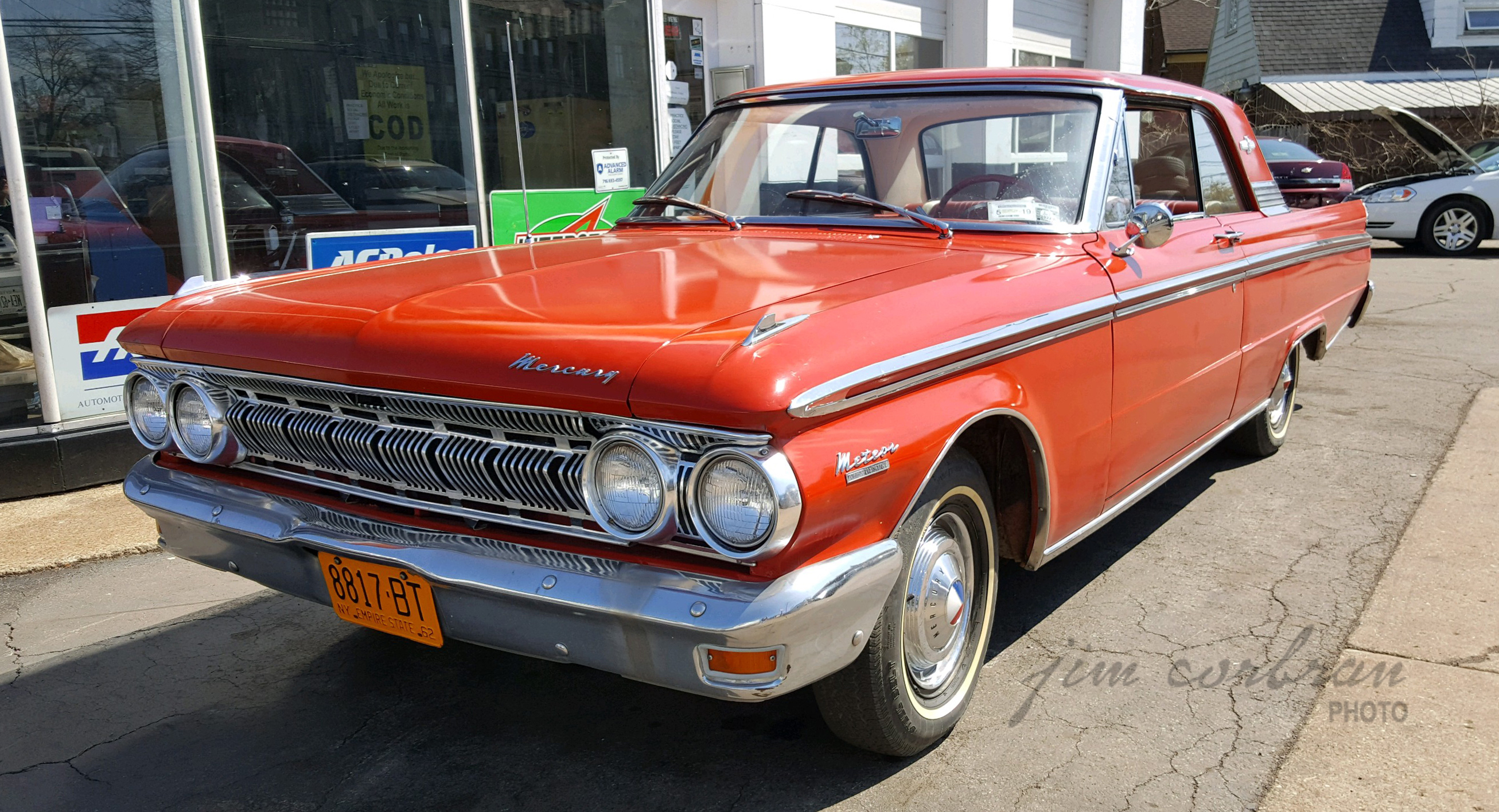 With only 7,565 produced, you’d better believe it’s rare these days (or ever!) to come across a 1963 Mercury Meteor Custom hardtop coupe. This was only the second year of production for Mercury’s mid-sized line-up, which was a very close cousin of Ford’s Fairlane — but it was also the Meteor’s final year, as the sales numbers just weren’t enough to bother continuing on. Eventually the compact Comet would grow in size and be much more competitive in the marketplace. We saw today’s RealRide a few weeks ago in the City of Tonawanda.