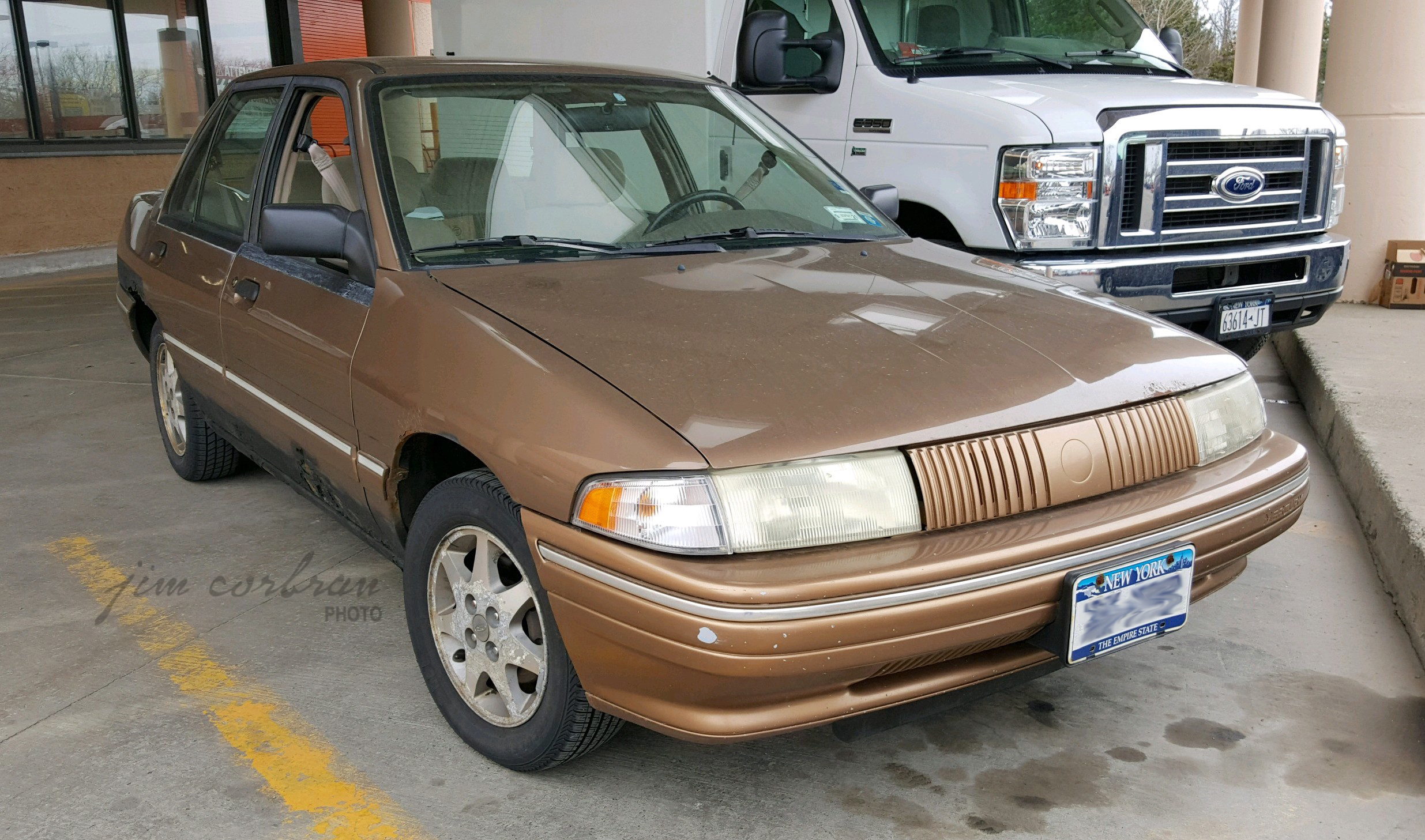 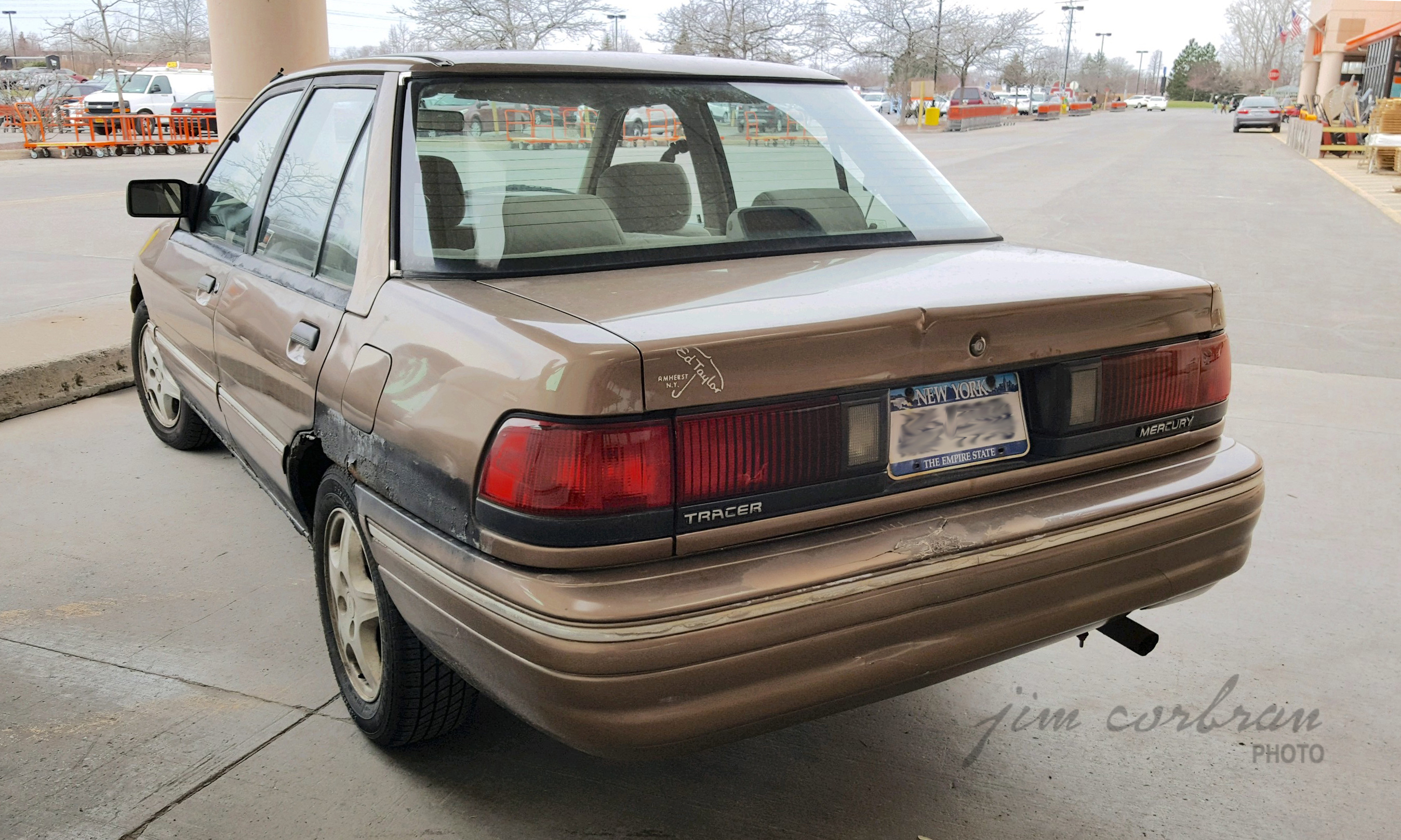 A follow-up to yesterday’s RealRide is this 1991 Mercury Tracer, another badge-engineered Ford — this time based on the compact second-generation Escort. From the front the Tracer kinda looks like a shrunken Sable, while from the rear it resembles a smaller Topaz (see below). Surprisingly though, from the side it doesn’t look much like the 1991 Ford Escort from which it was derived — as the four-door sedan-with-a-trunk version of Ford’s compact wouldn’t come along until the following year. We found this rare RealRide a few weeks ago in an Amherst parking lot.