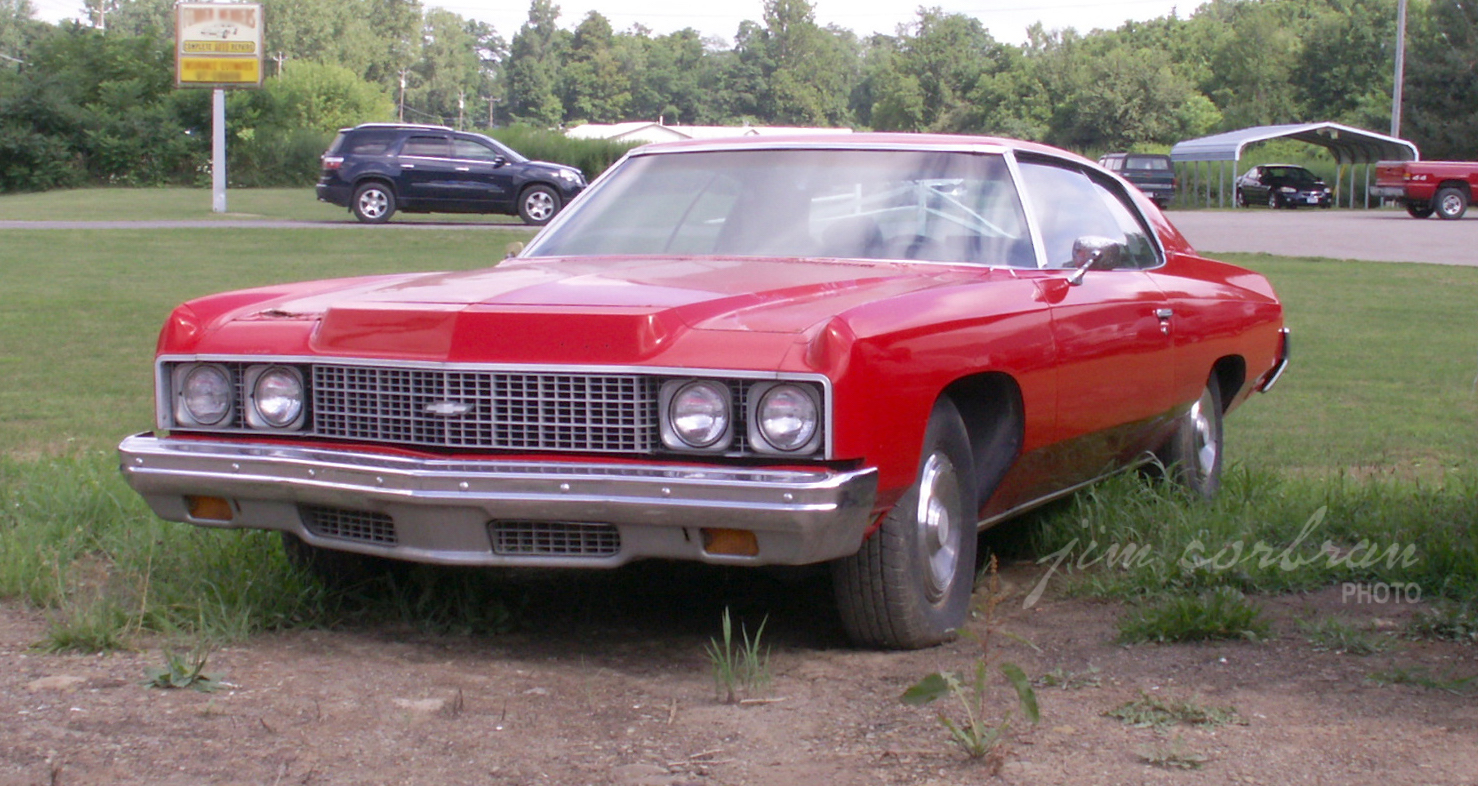 When this 1973 Chevy Impala was new, GM’s designers were most likely already working on the downsizing of their full-sized 1977 cars. But, in the meantime, the ‘73 Impala coupe was a mere two inches shorter than a 1965 Cadillac Coupe DeVille. Of course, by 1973 the Cadillac had grown another five inches. Longer, lower, and wider was going to come to a screeching halt! For MY 1973, the big Chevys were still available in Bel Air, Impala, and Caprice nameplates with the low-line Biscayne having been axed in the U.S. after the 1972 model year — although it hung around in Canada through MY 1975. We saw this red sport coupe ten years ago in Fredonia. 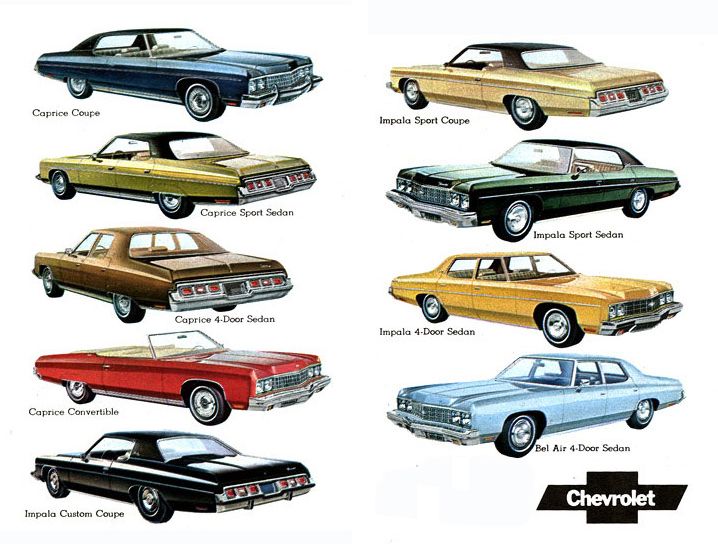