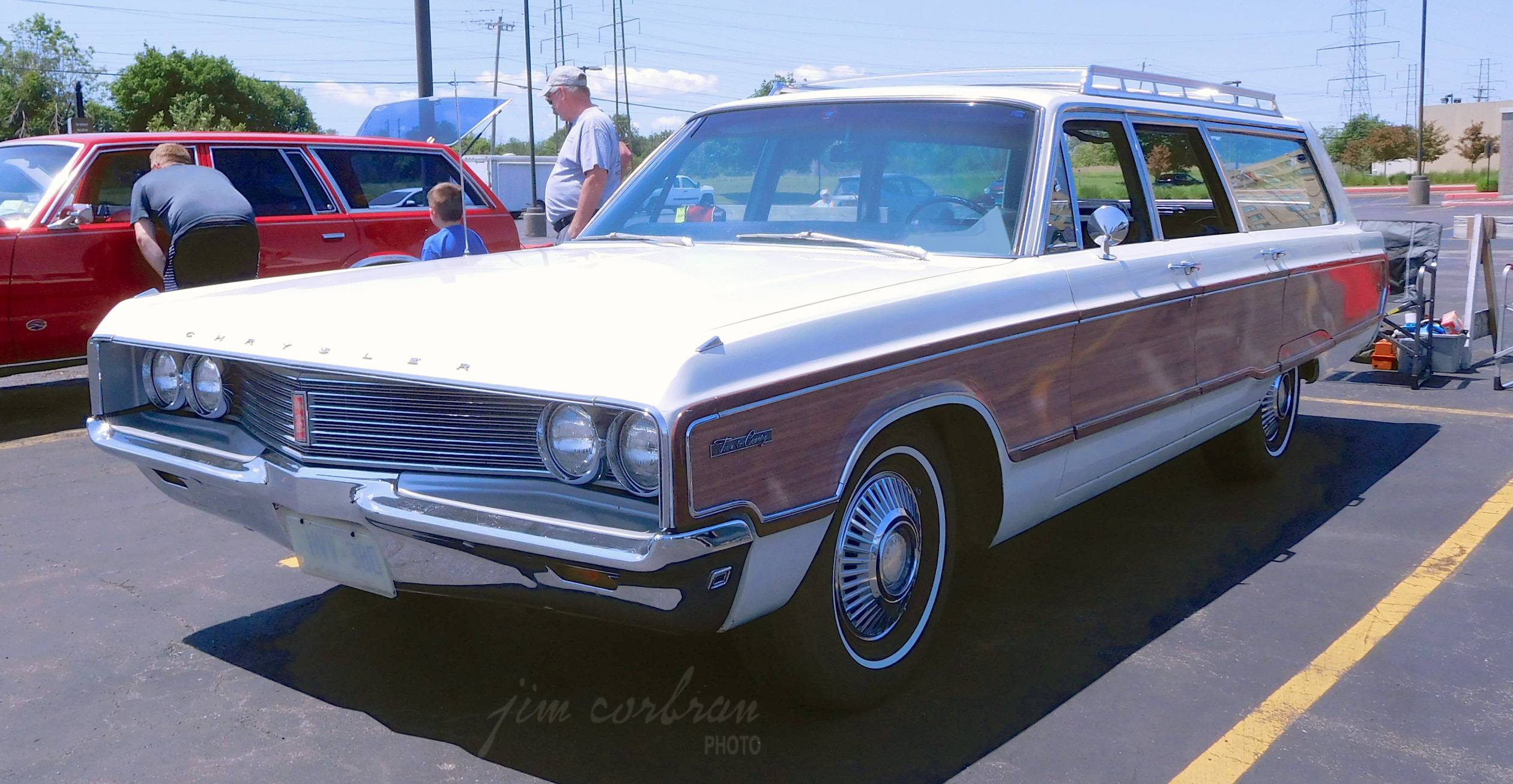 Fans of b-i-g station wagons (we’re looking at you, Fred Schneider) were probably enamored with the 1968 Chrysler Town & Country. Looking at the brochure illustration here, it would appear that you could park the family’s compact in the back of the T&C. The caption added that if you ordered the optional trailer-towing package, you’d need to add an extra eights pounds of air to the rear tires before hooking it up to that 5,500-lb trailer in your driveway. We saw today’s RealRide a couple of summers ago at the International Station Wagon Club’s car show in Amherst.