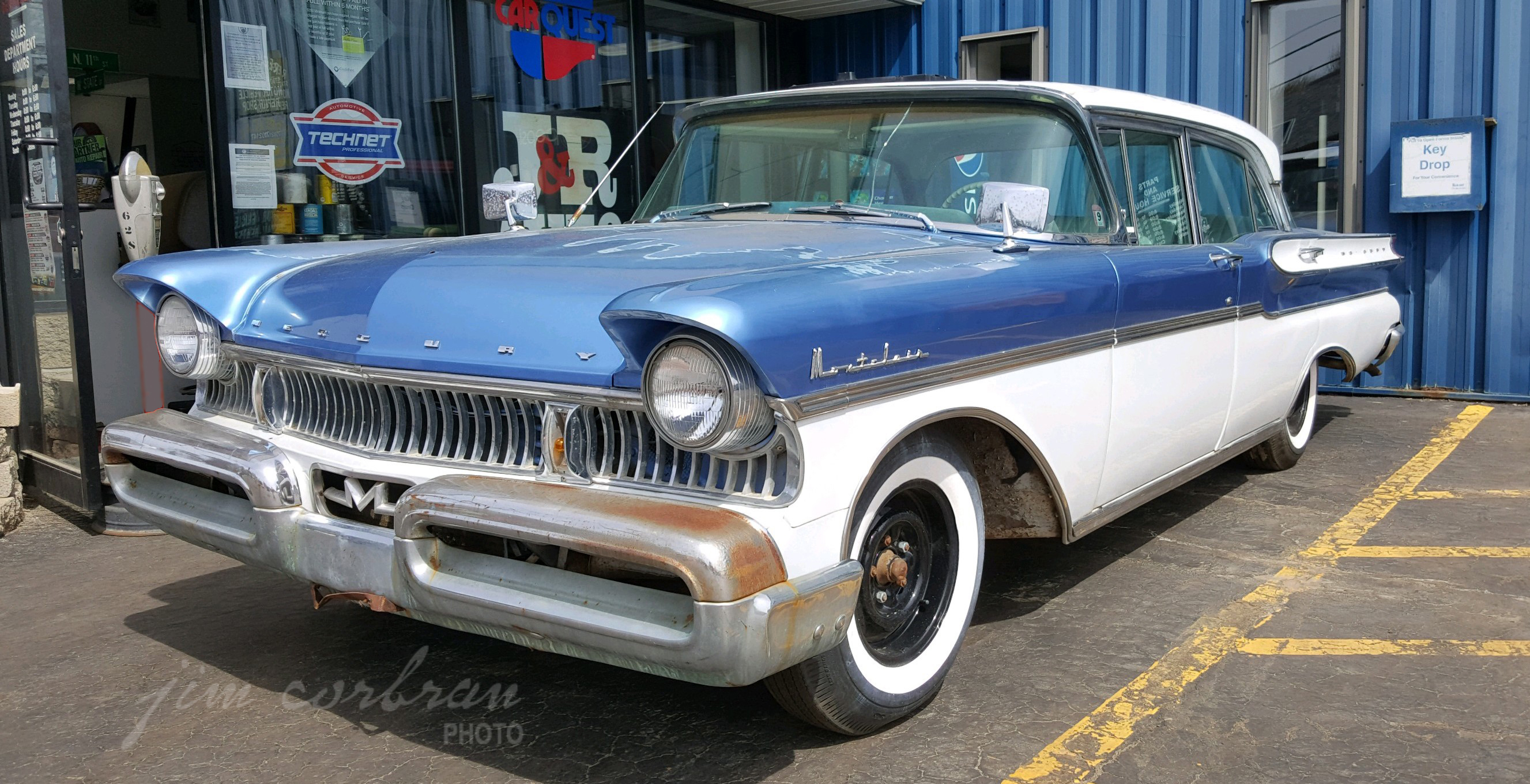 Since their debut for MY 1939, Mercurys were pretty much “fancier Fords” (except for 1949-51) with styling different enough to hide most of the similarities. But when this 1957 Mercury Montclair hit the showrooms, it marked a departure — a longer wheelbase and its own body shell moved it up a notch in the medium-priced field. Of course, this was done mainly so the following year Ford could slide the new-for-1958 Edsel lineup in between the Ford and the Mercury and hopefully keep some upscale car buyers from trading their Ford product for something like a Pontiac or a Dodge. As they say, the best-laid plans…  The new ’57 Mercurys were heavily influenced by the XM-Turnpike Cruiser show car (below). We saw this one a few weeks ago in Olean.