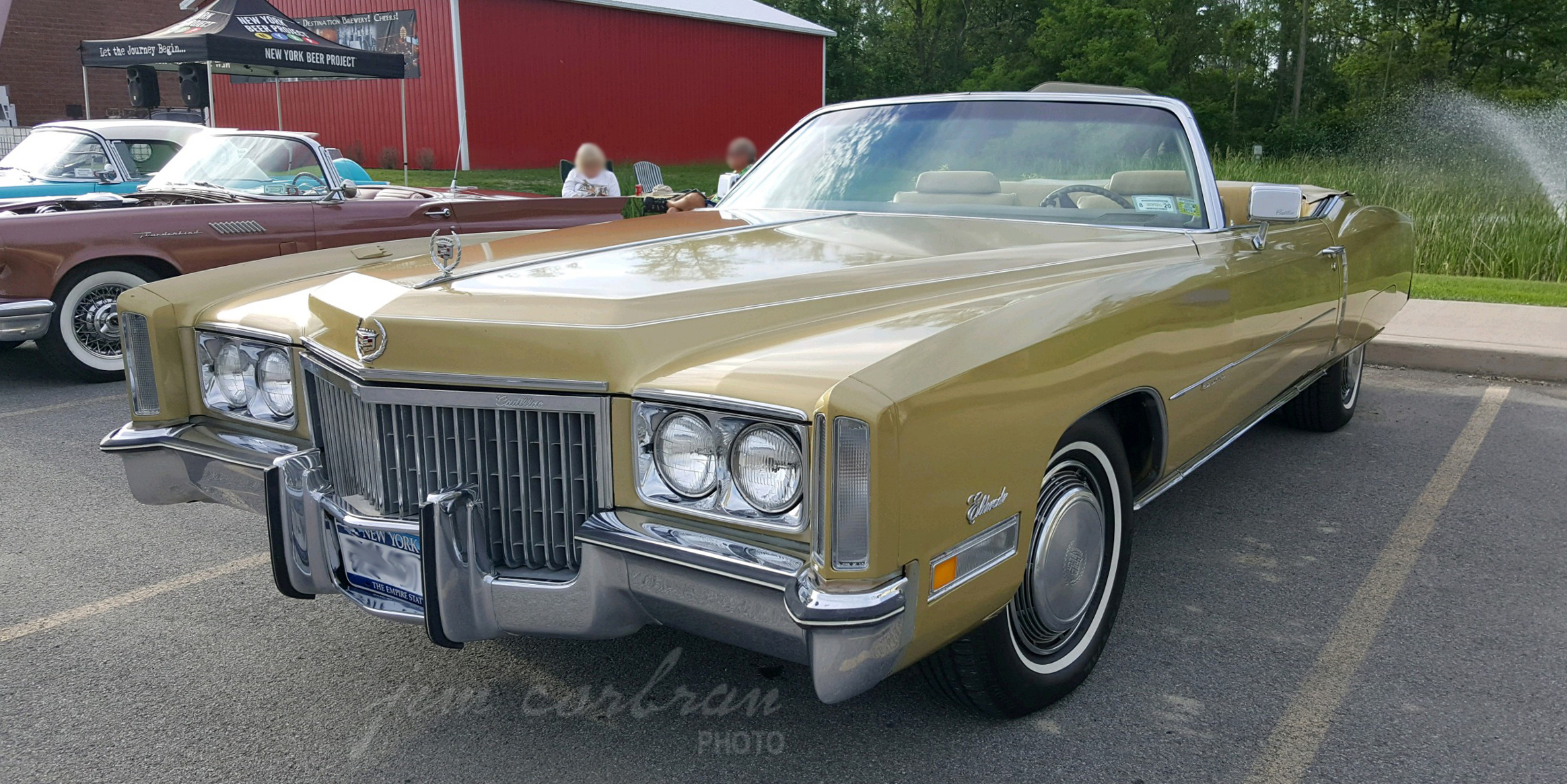 A magazine ad for the 1972 Cadillac Eldorado convertible told us it had “the lines, the dash, the spirit” to be the “thoroughbred of cars.” It also reminded us that it was the only luxury convertible built in America. This was an age when the drop-tops were being phased out due to fears that the government would ban them due to safety issues. There’d still be four more years of Eldo convertibles before the axe fell after MY 1976. Of course, the convertible eventually made a comeback and is still with us as a body style in 2021. This one was seen at a cruise night in the parking lot of the New York Beer Project in Lockport back in 2019.