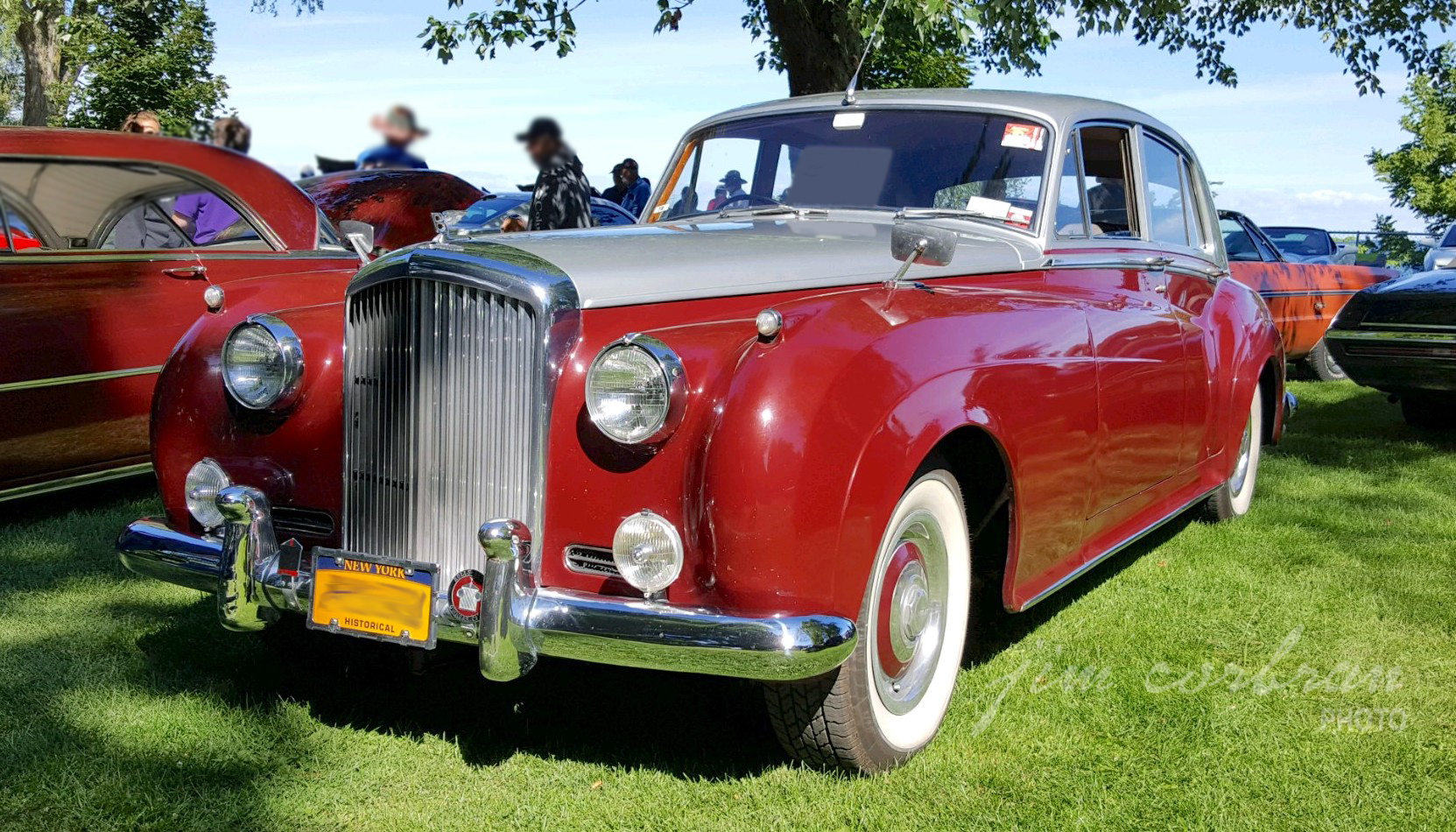 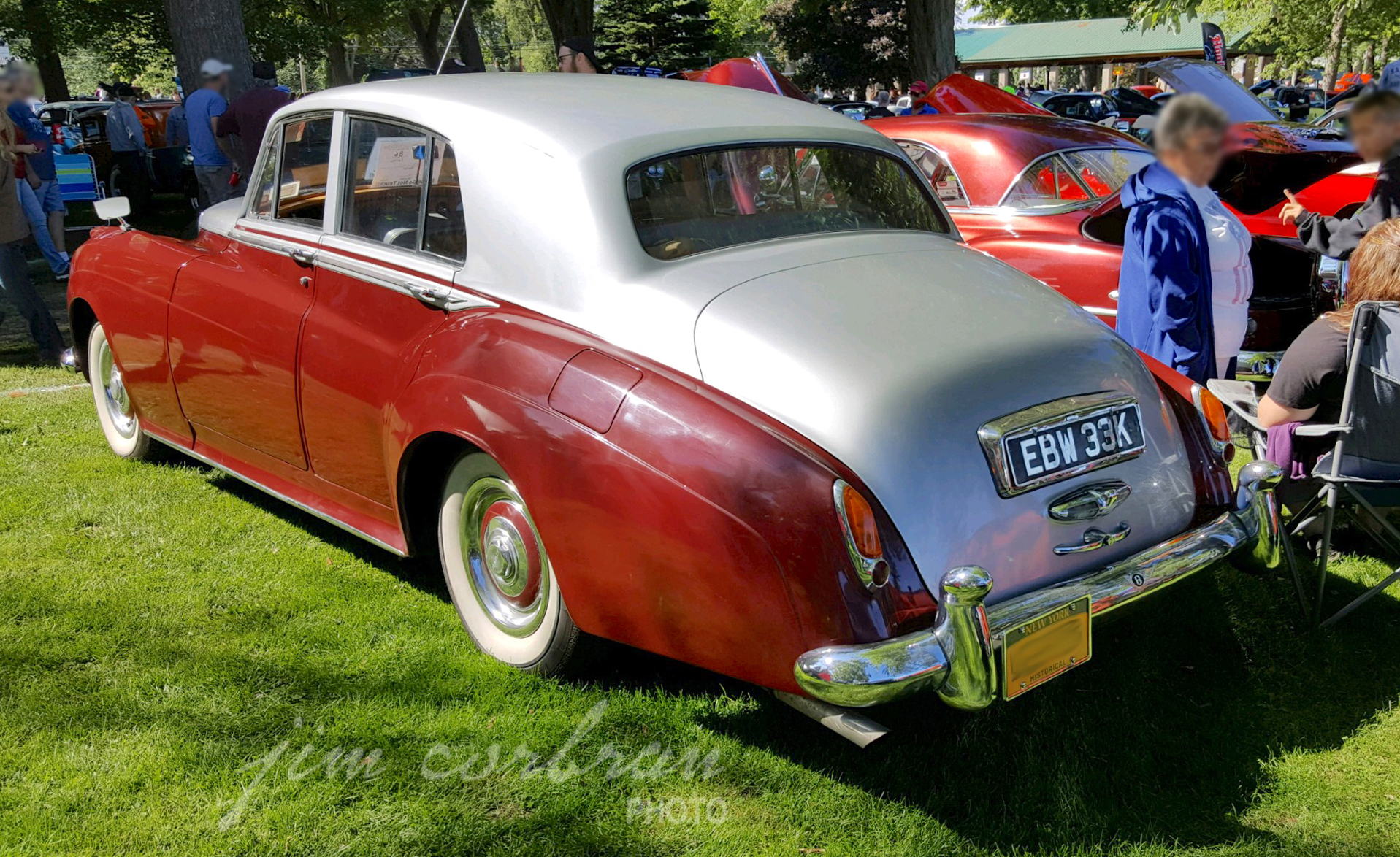 You’re forgiven if you at first thought this 1960 Bentley S 2 might be a Rolls-Royce. They’re very similar in appearance, with the biggest outward difference being the radiator grille shape (the Bentley’s has rounded corners, as opposed to the R-R’s straight edges which are of course topped-off by the Spirit of Ecstasy hood ornament). For decades the two marques had the same owner (R-R beginning in 1931), until being split up back in 1998 with Volkswagen acquiring Bentley, while BMW took over Rolls-Royce. The S 2, as the brochure told us was “…powered by the new eight cylinder vee engine of 6,230 c.c.” Luxury back in 1960 didn’t necessarily include air-conditioning, as we also learned reading the brochure that “…a refrigeration unit [was] available if required.” Today’s RealRide was seen last year at the annual Olcott Beach Car Show in Olcott.