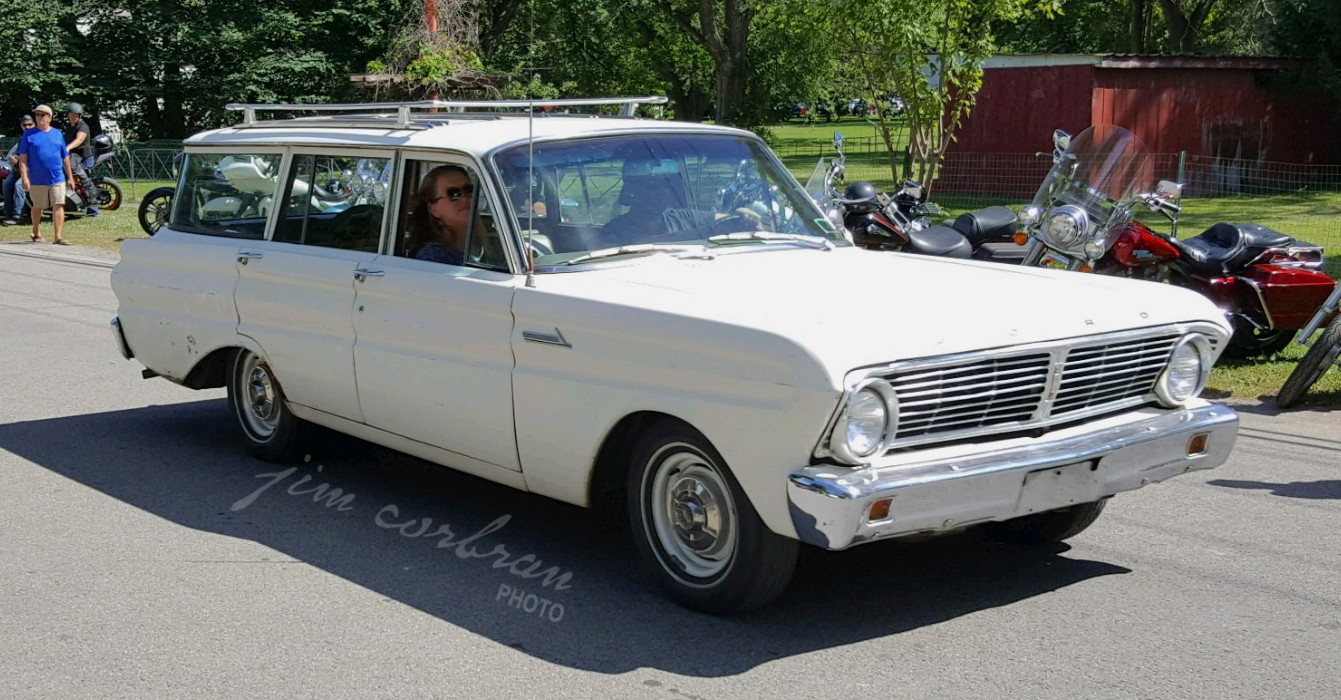 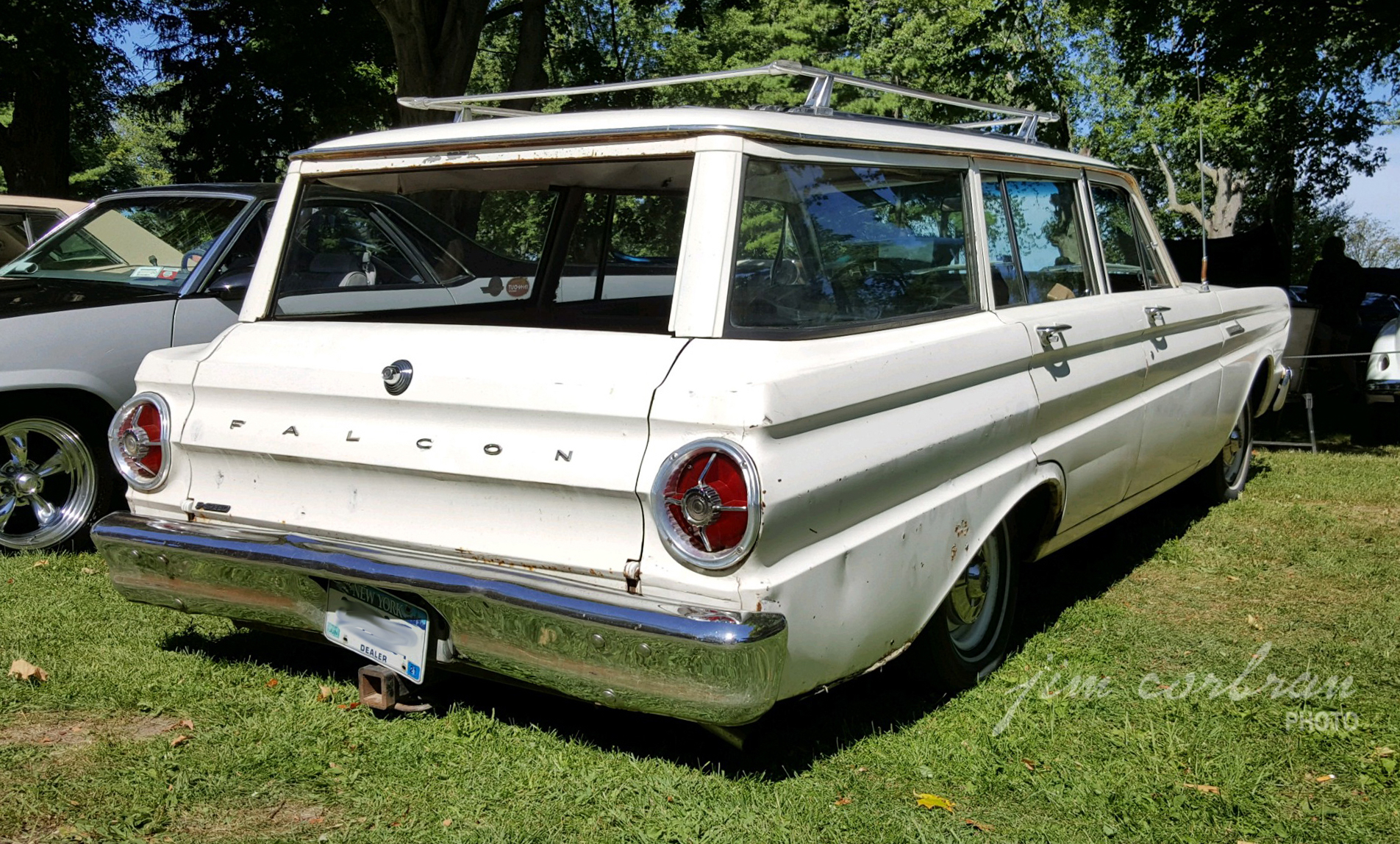 Today we’re heading right back to Olcott and last years annual Olcott Beach Car Show, where we saw this 1965 Ford Falcon twice — once in the visitor’s parking area, and again as it was leaving. From the back this could have been a 1964 model, especially seeing that it’s wearing 1964 hubcaps. But the side trim and the grille are from a 1965. It’s also wearing a NYS dealer plate on the back bumper, which made us wonder that day if it was still out on a 50-year-long test drive! Lol…