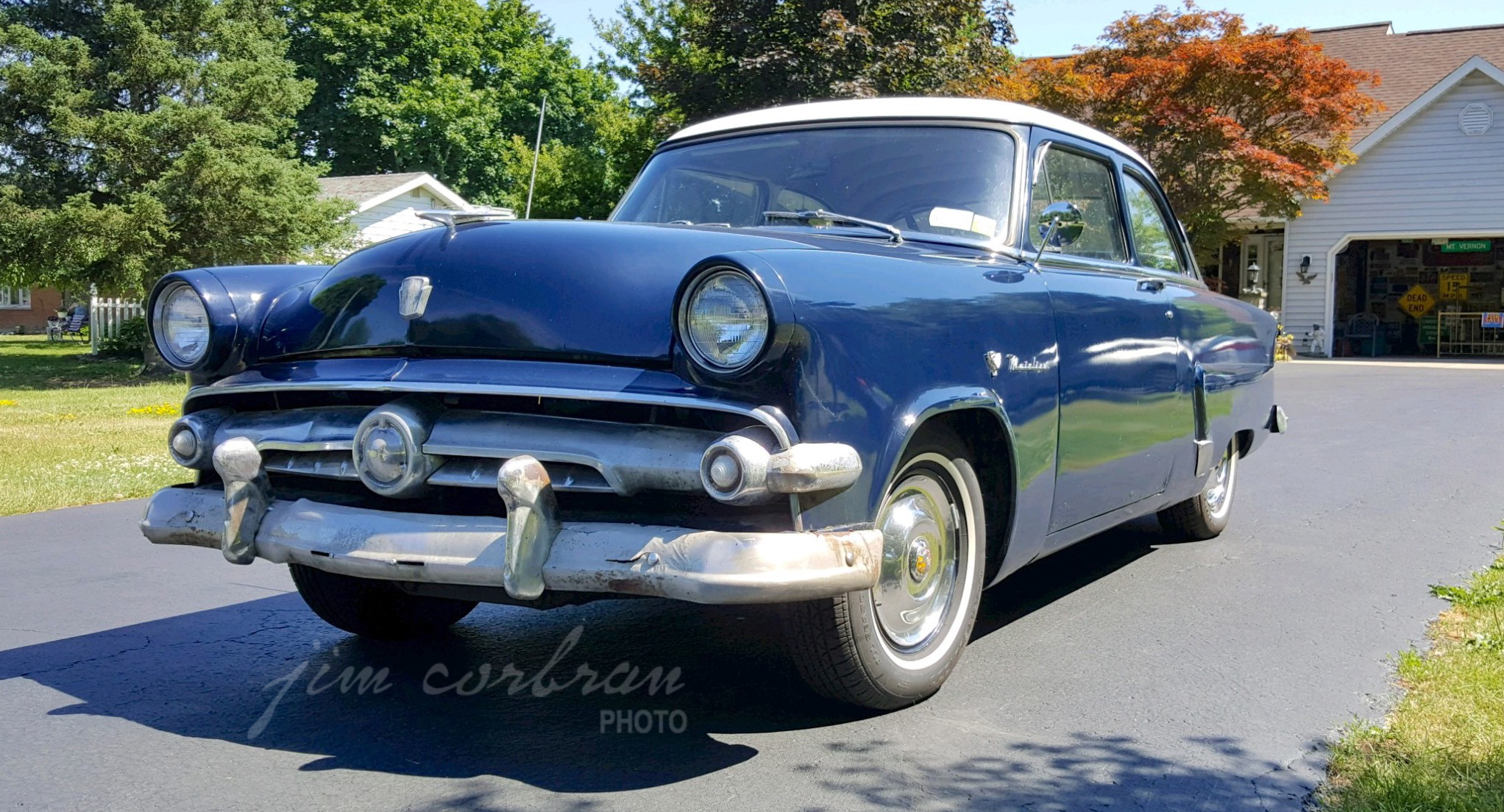 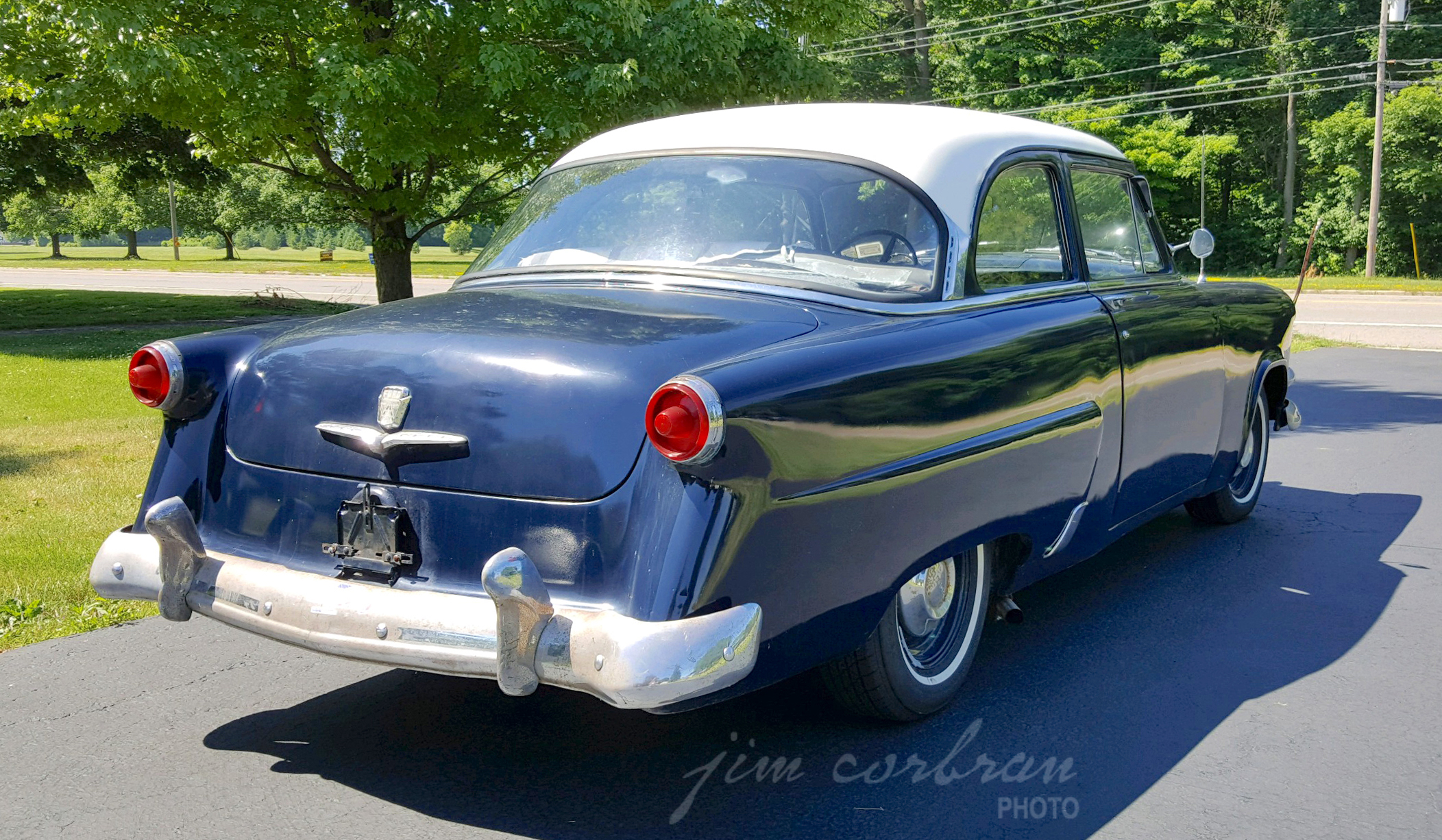 This 1954 Ford Mainline represents the marque’s final year of another three-year styling cycle. It would also mark the last appearance of the high-end Crestline series, which would be replaced for MY 1955 by the new Fairlane lineup. In ’54, the Mainline was Ford’s least expensive model, available in two- and four-door sedan versions, as well as a two-door business coupe with a more closely coupled roof and no back seat. Ford was still the only one of The Big Three to offer a V8 engine in 1954, with both Chevy and Plymouth making do with their inline sixes until MY 1955. Saw this RealRide a couple of weeks ago in Sanborn.