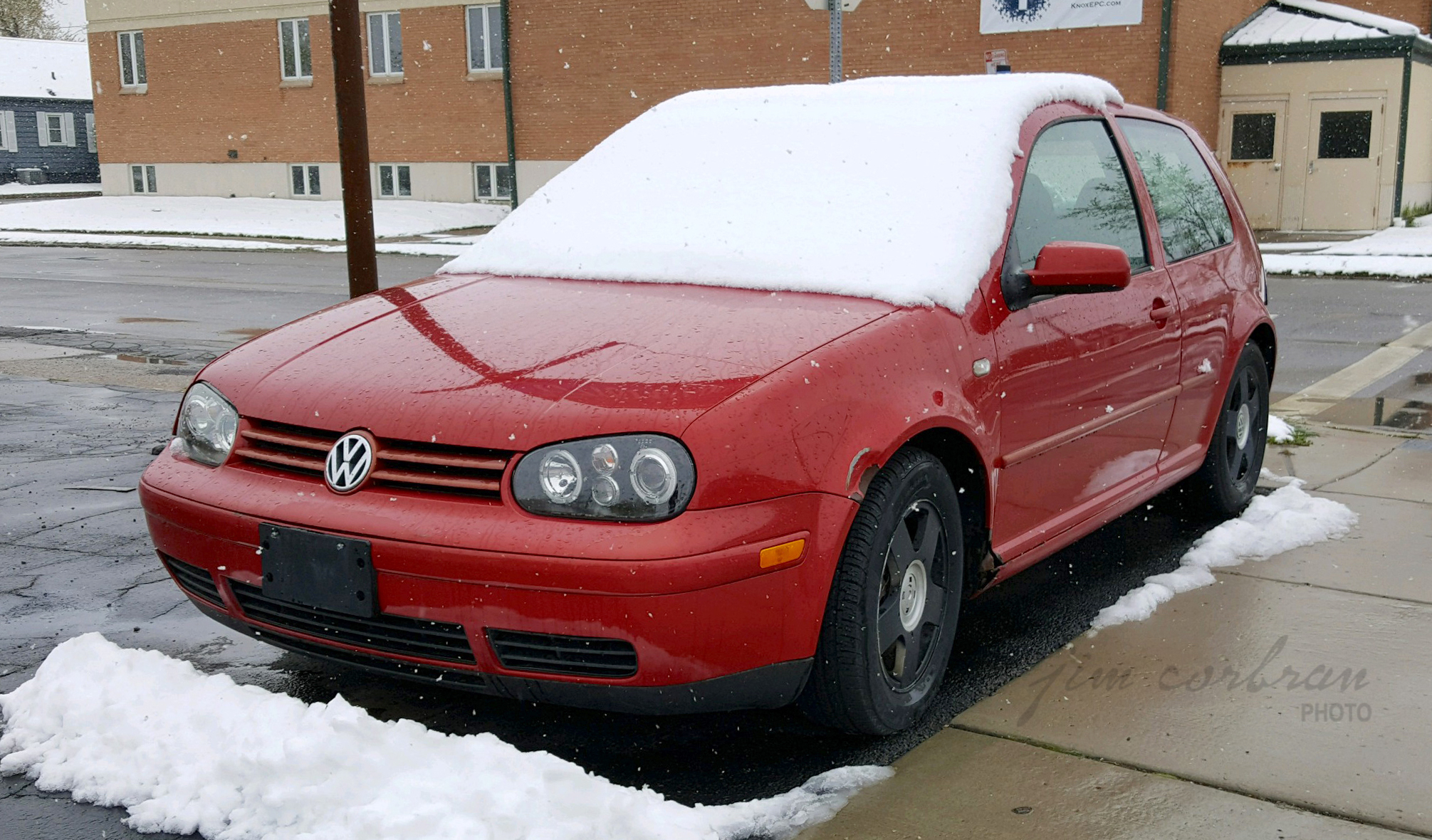 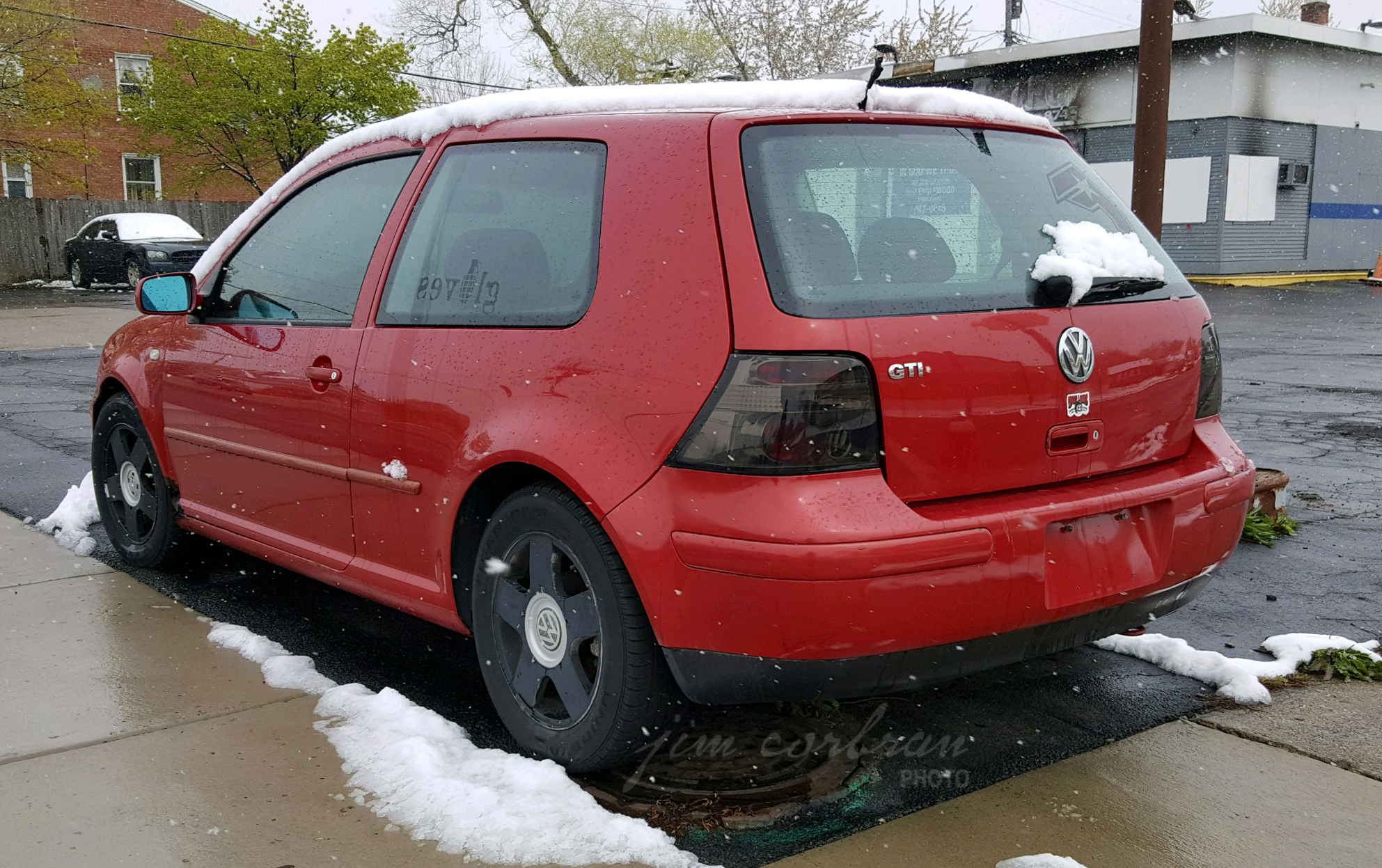 Came across this fourth-generation (1998-2002) Volkswagen GTI one unexpectedly snowy morning last month in Kenmore. The Rabbit GTI debuted in the United States back in 1983 as the “hot hatch” model of VW’s popular front-drive water-cooled compact (called the Golf in most of the rest of the world). The German-built GTI debuted in Europe in 1976; the North American GTI was initially produced in VW’s plant in Westmoreland, Pennsylvania which closed in 1988.