Back when this 1965 Dodge Coronet 440 was new, it was pretty much just another family car. Do a Google search for one now, and see what turns up. Most of them — yes, even the four-door sedans and station wagons, have been modified with different wheel & tire combos, and a more-powerful V8 engine than it likely left the factory with. Try and find one like the brochure photo below. Good luck! Today’s RealRide is shod with the same style rims which were seen on Dodge Challengers from the early 1970s. We found it a decade ago in North Tonawanda. 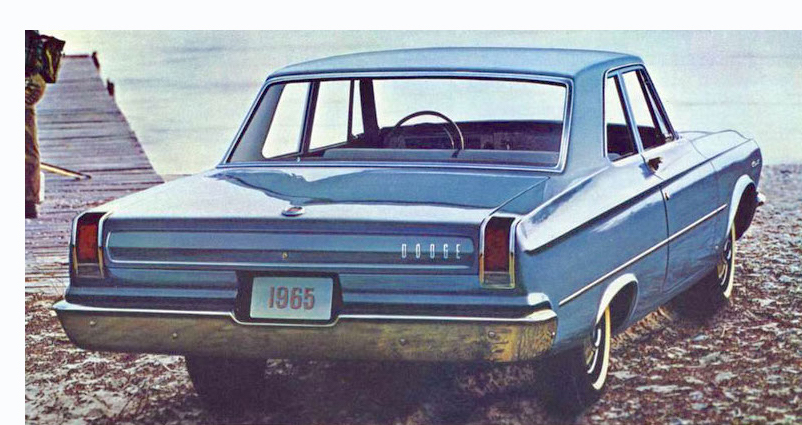