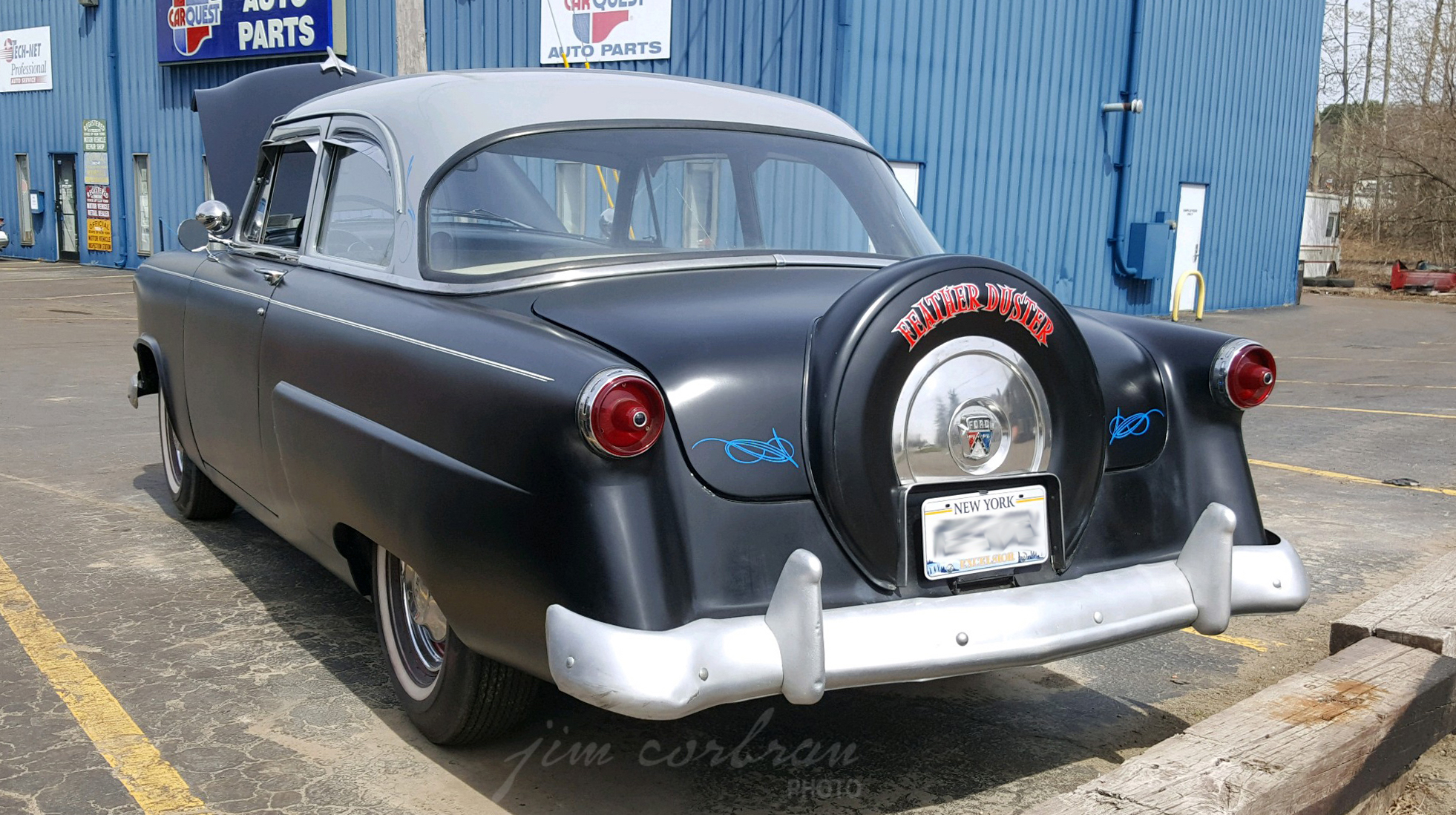 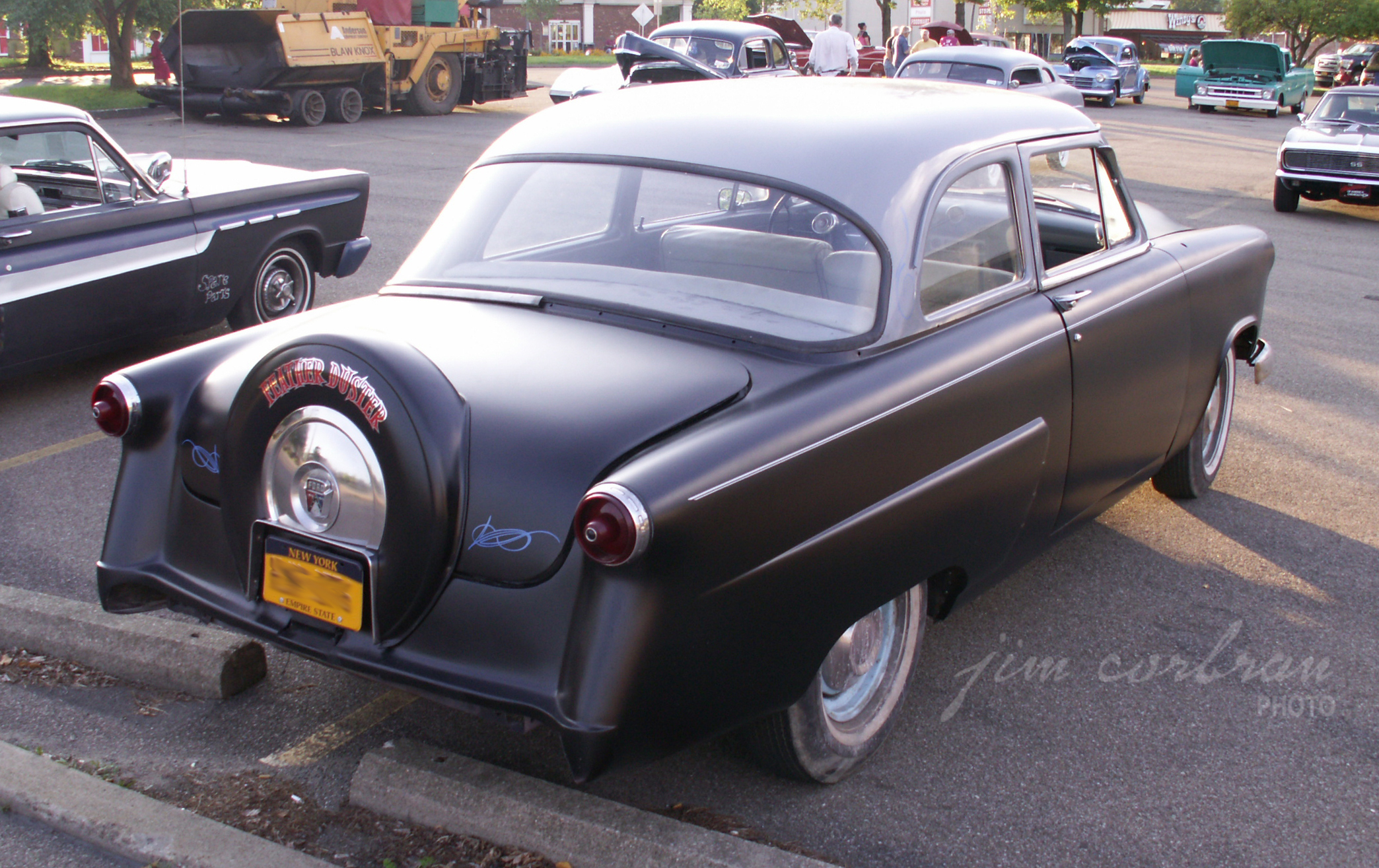 Owners of old cars, much like owners of old houses, know that they’re almost never really finished — there’s always something else to do! The top photo of this 1953 Ford Mainline was taken a few weeks ago in an Olean parking lot. We first came across this car back at a cruise night outside of the Olean Mall back in 2016 (bottom photo), and it was missing a few bits here and there. Both photos feature the Coronado Deck, a Ford accessory which had “…a distinctive ‘built-in’ effect and combine[d] the smart appearance of a rear wheel mount with the convenience of having the spare wheel in its regular, easily accessible location.” 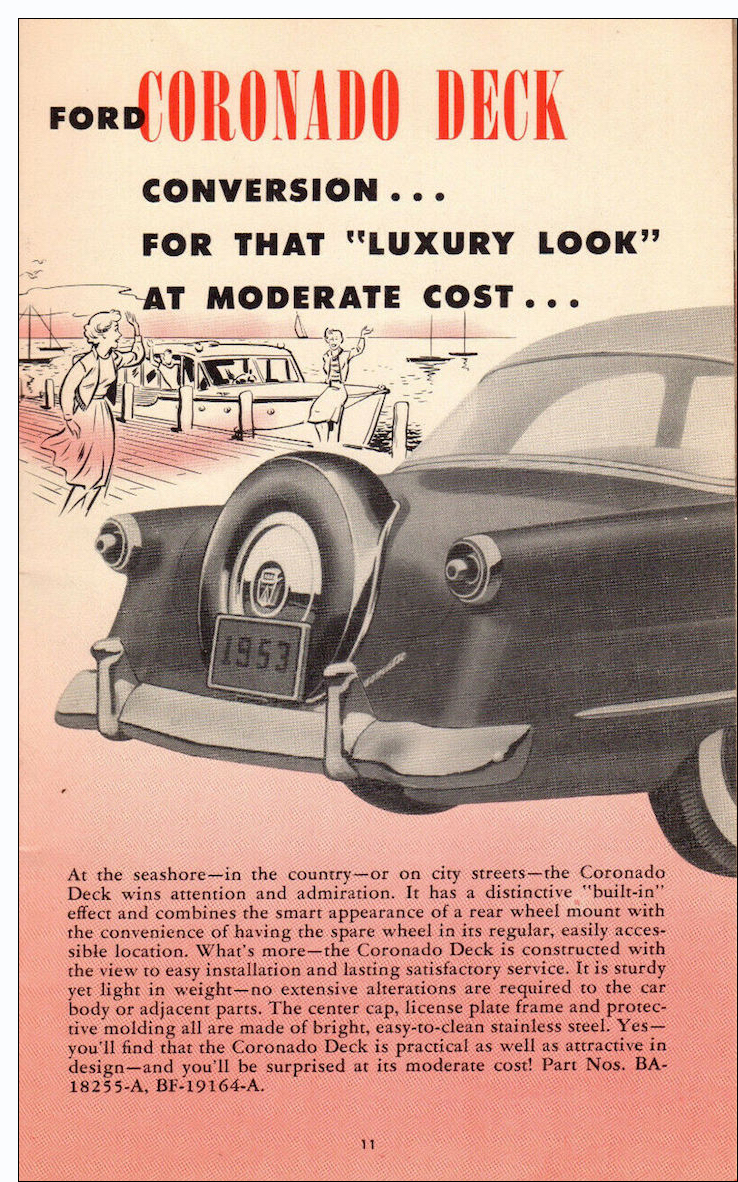