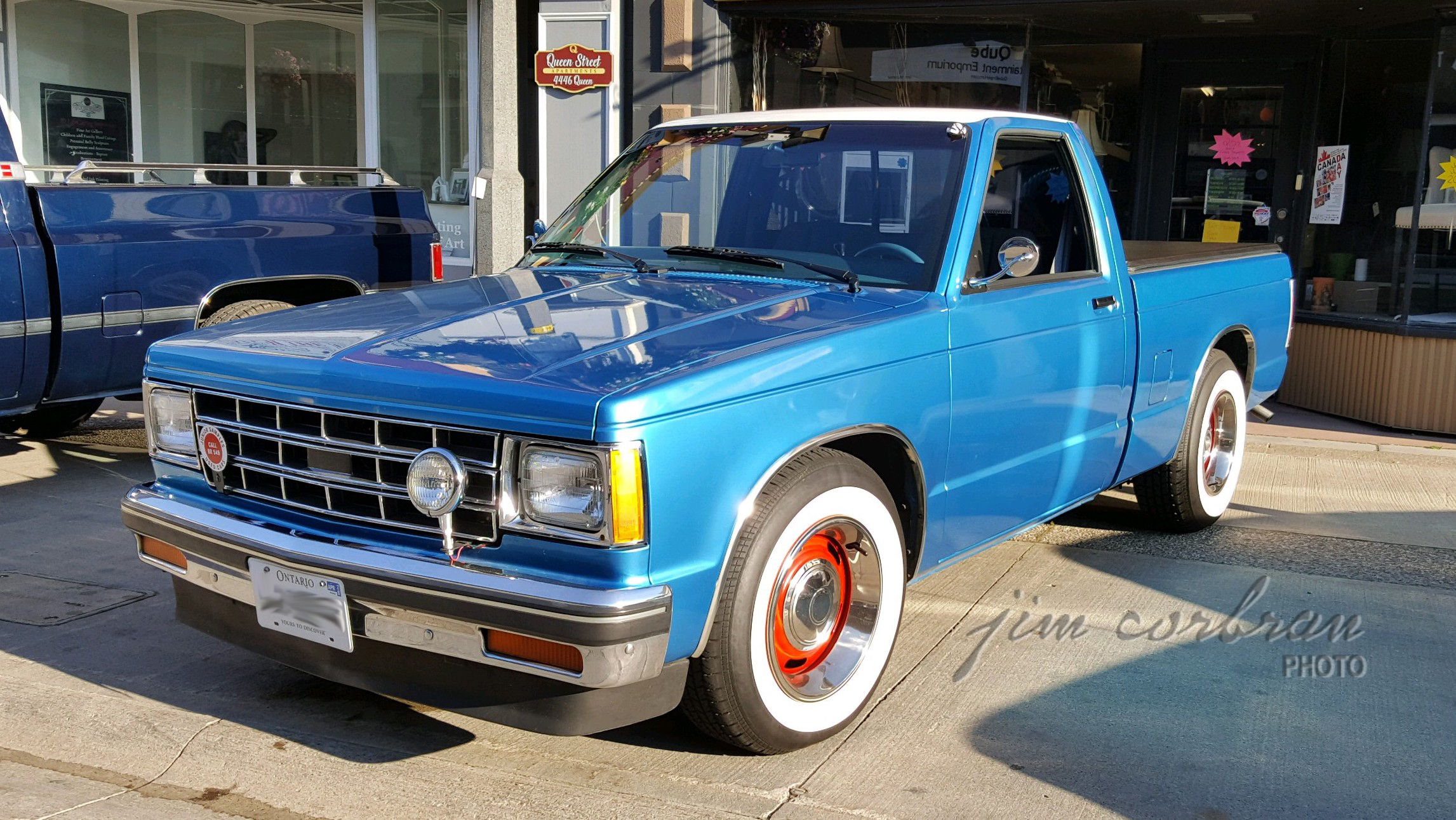 You’ve gotta admit, a 1984 Chevy S-10 isn’t something you often see at a cruise night. But, I like it. Those wide whites really made it stand out in the crowd last summer when we spotted it at a Cruising On the Q cruise night on Queen Street in Niagara Falls Ontario. This one came from the factory with a 2.8L V6 under the hood, and is one of what’s becoming a dying breed: the single cab pickup. Back in ’84 the S-10 also came as what Chevy called a Maxi-Cab, which had two sideways-mounted jump seats behind the front seating area of the extended cab (see photo below). Even with that expanded seating, the cargo bed was still an impressive 73.1 inches long (non Maxi-Cab long-beds were 89 inches in length). For comparison sake, the 2020 full-size Silverado is available in bed lengths of 70, 79, and 98 inches (the longest version available only on the single cab trucks). Sharp! 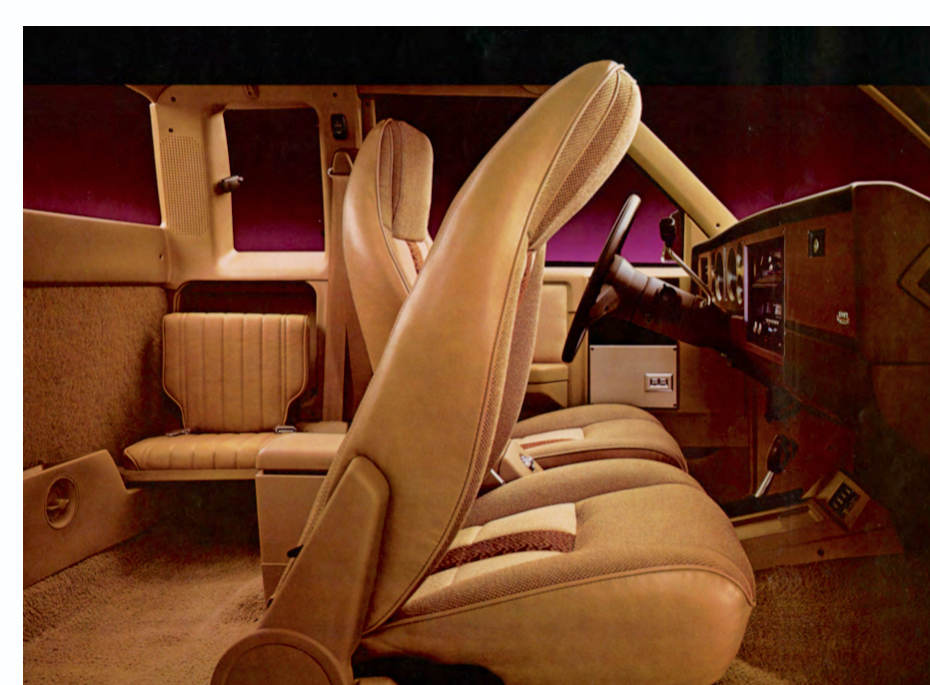