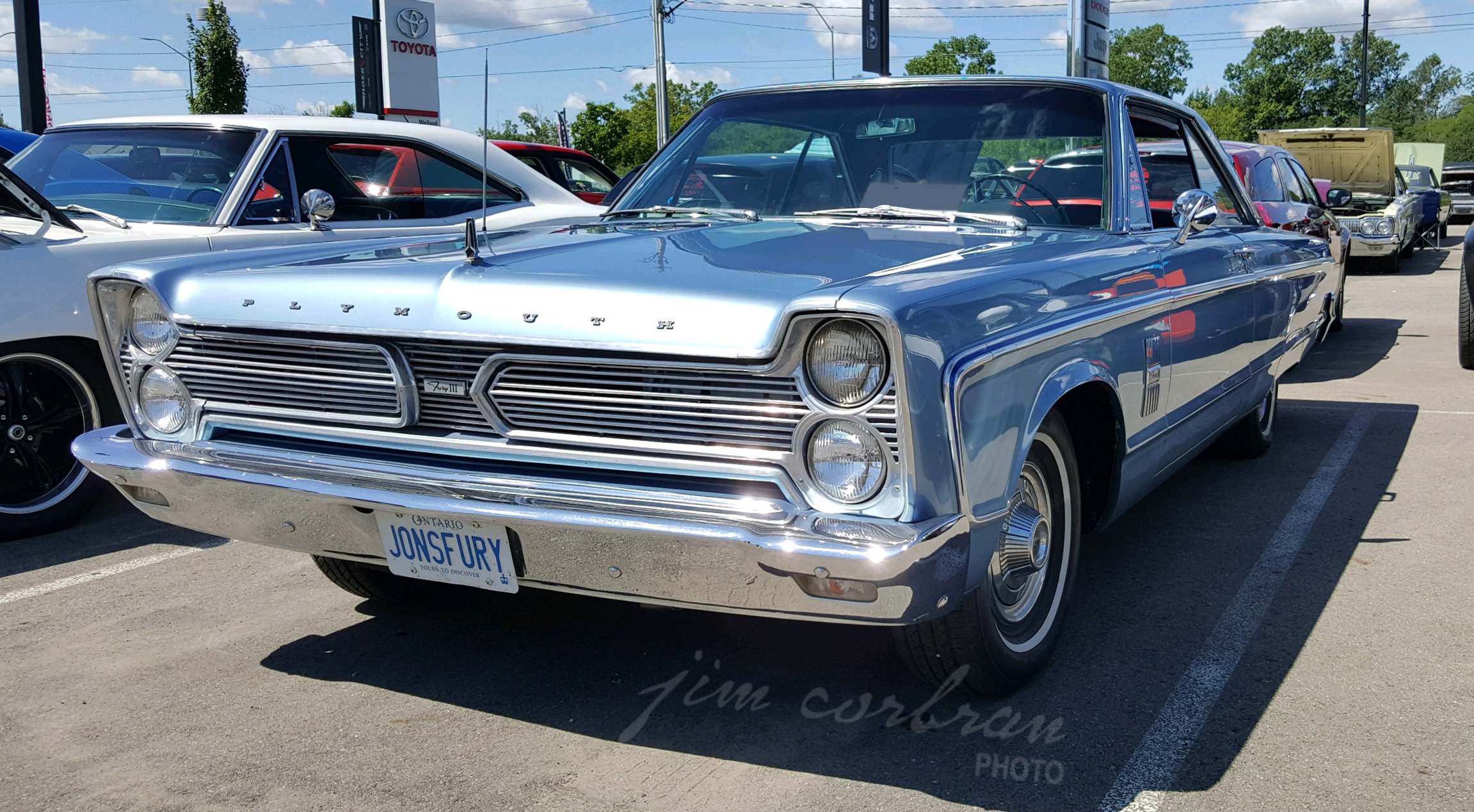 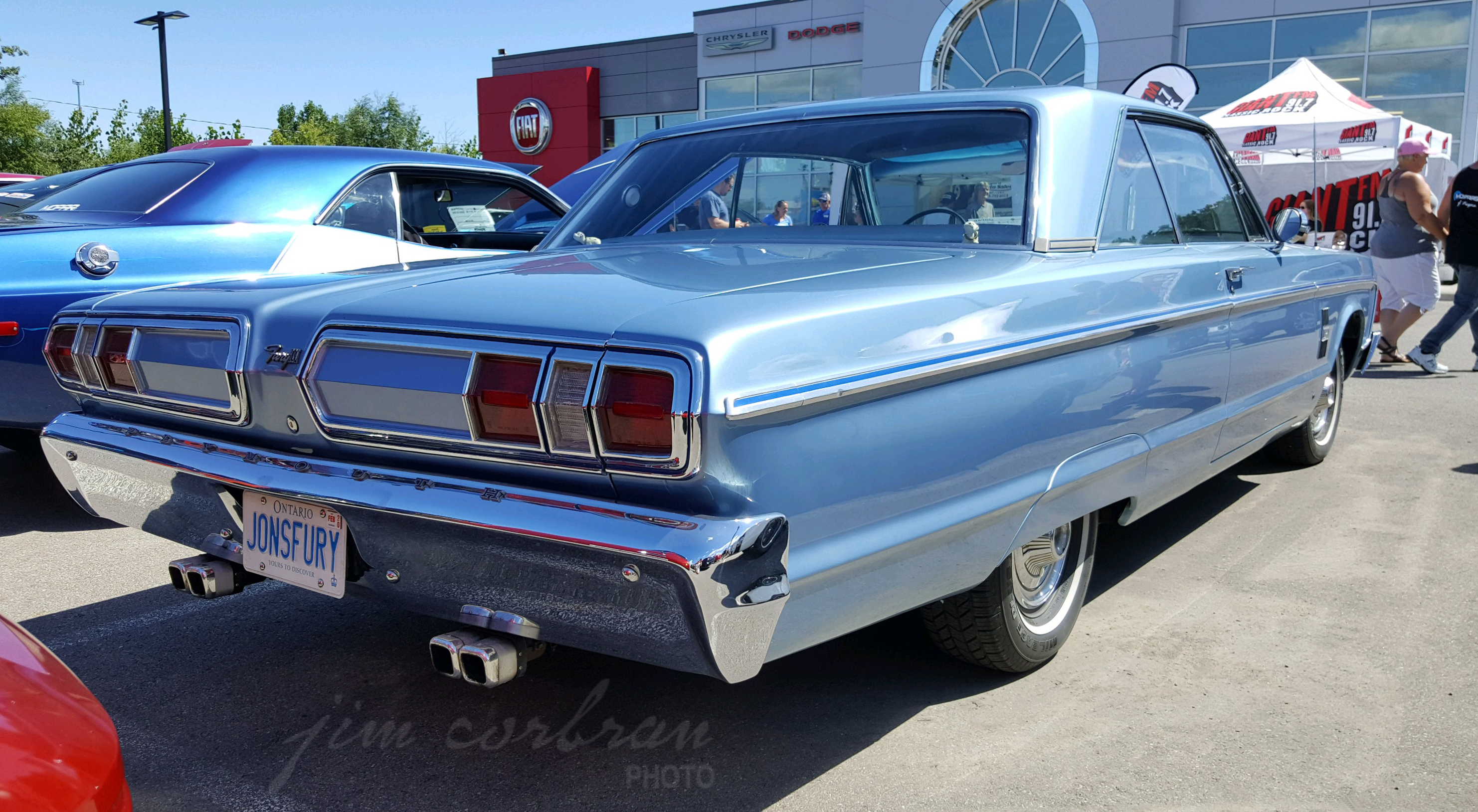 When I came across this 1966 Plymouth Fury III a couple of summers ago at a car show being held at Rose City Chrysler in Welland, I looked twice to see if it was a Fury III or a Fury II. Because prices were generally higher north of the border, Chrysler Canada Ltd. sold a two-door hardtop Fury II (see below) to offer a more affordable version of this popular body style in place of the two-door sedan sold in the U.S.  The Fury II was also offered as a four-door sedan & station wagon. The only two-door sedan offered in Canada was the Fury I. The Fury III in the U.S. offered two- and four-door hardtops, a convertible, station wagons, and a four-door sedan.