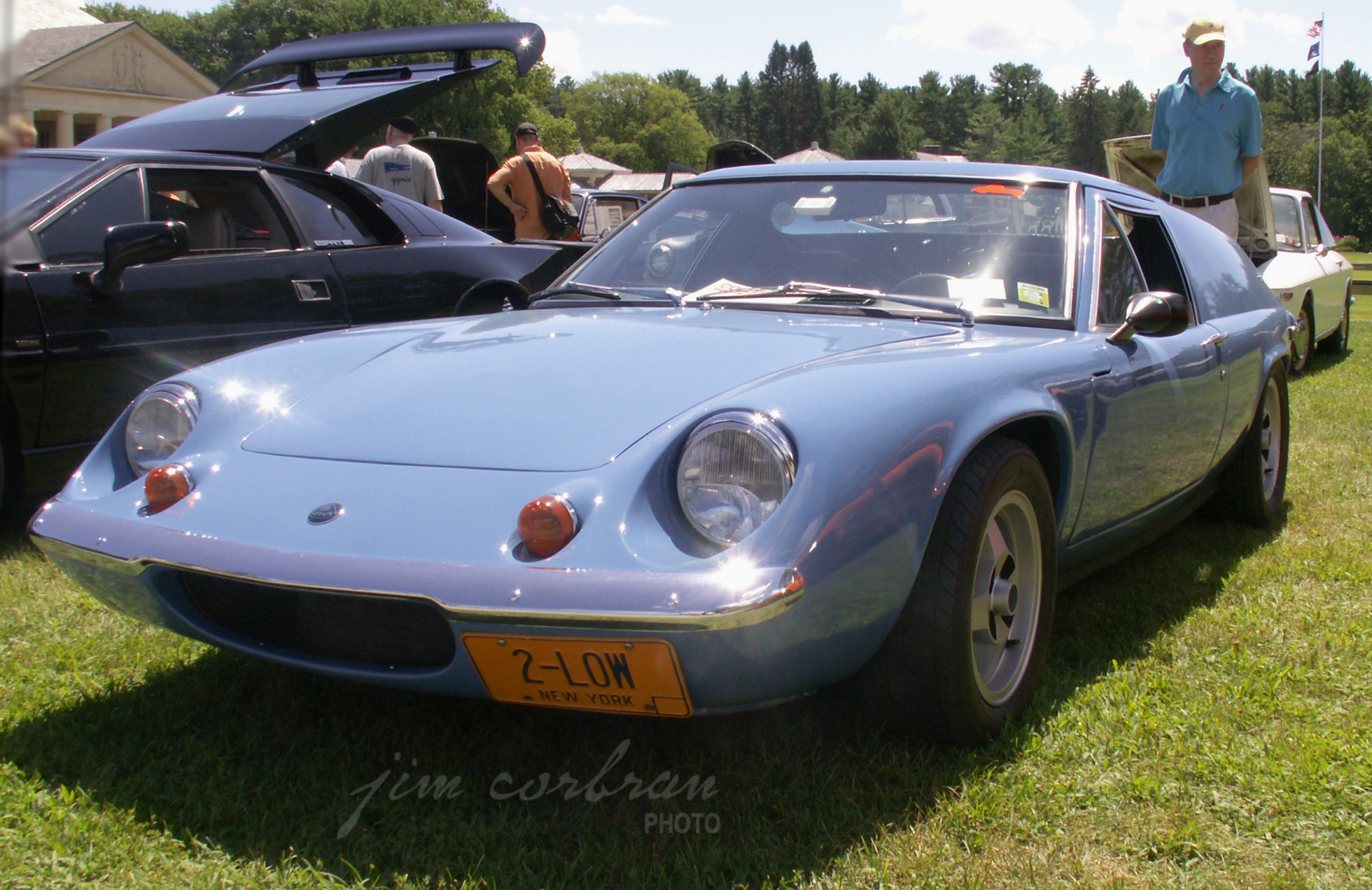 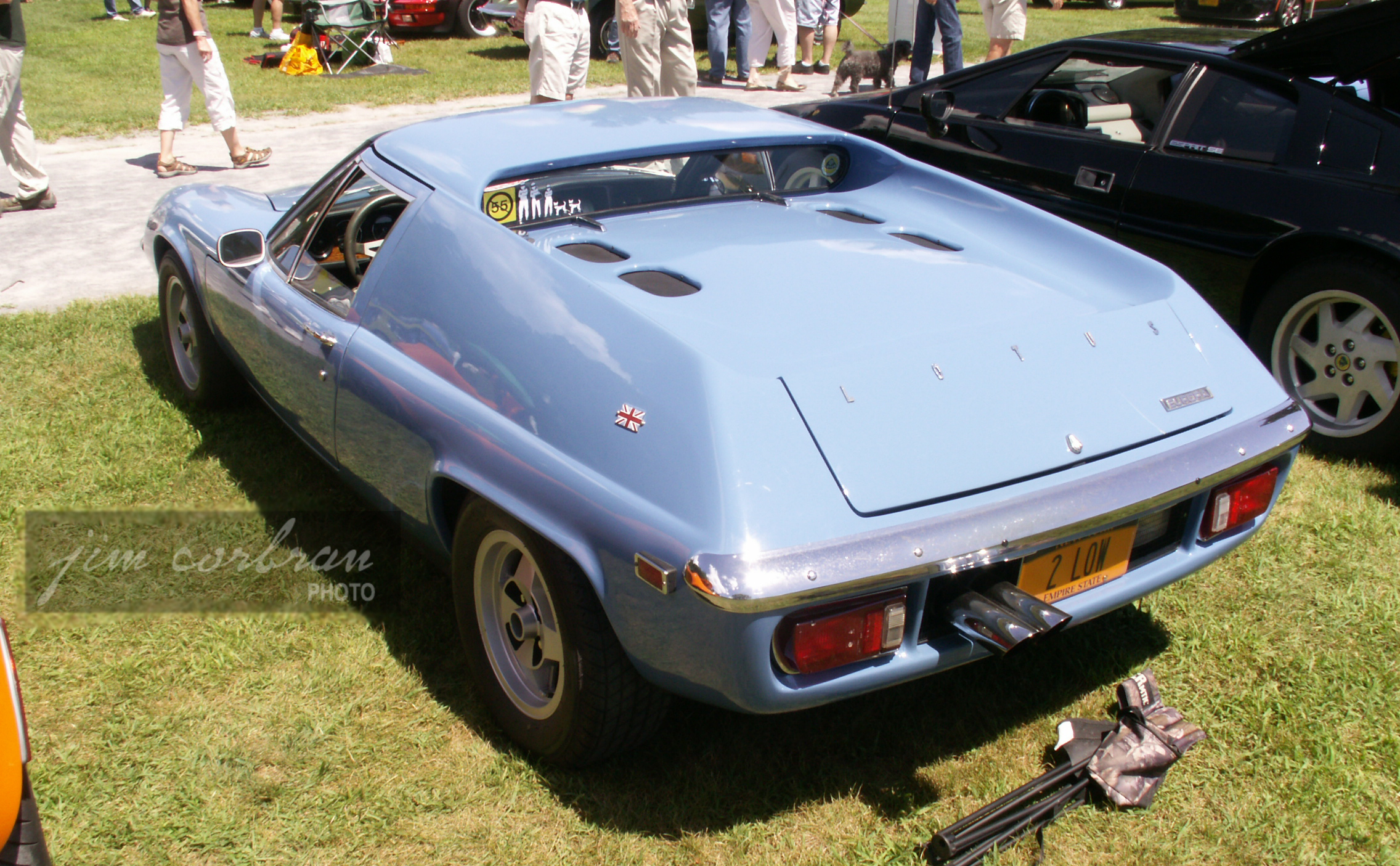 The vanity plate on this 1970 Lotus Europa S2 pretty much says it all — although a guy like me might be able to actually get into this iconic mid-engine British sports car, it might just be 2 LOW to get back out without assistance. A January 1970 article in Road Test magazine says “The low slung body calls for some agility in the art of entry, but once inside the cockpit there is ample room even for large people.” No mention of ease-of-exiting. They went on to praise the amount of storage space for such a small car, my favorite line being “At the front there is another slot for impedimenta next to the firewall…” Saw this beauty back in 2015 at the Hemmings Sports & Exotic Car Show in Saratoga Springs. Early on, it seems most of the press the Europa got showed cars with a much simpler wheel design like the one pictured below from the May 1970 issue of Road & Track. 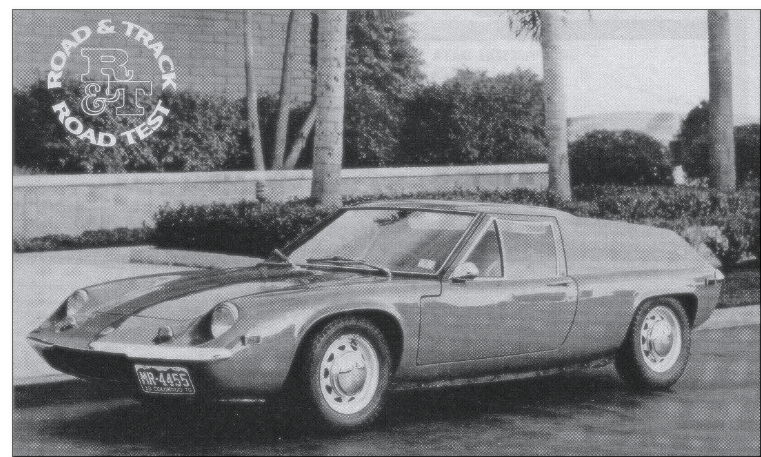