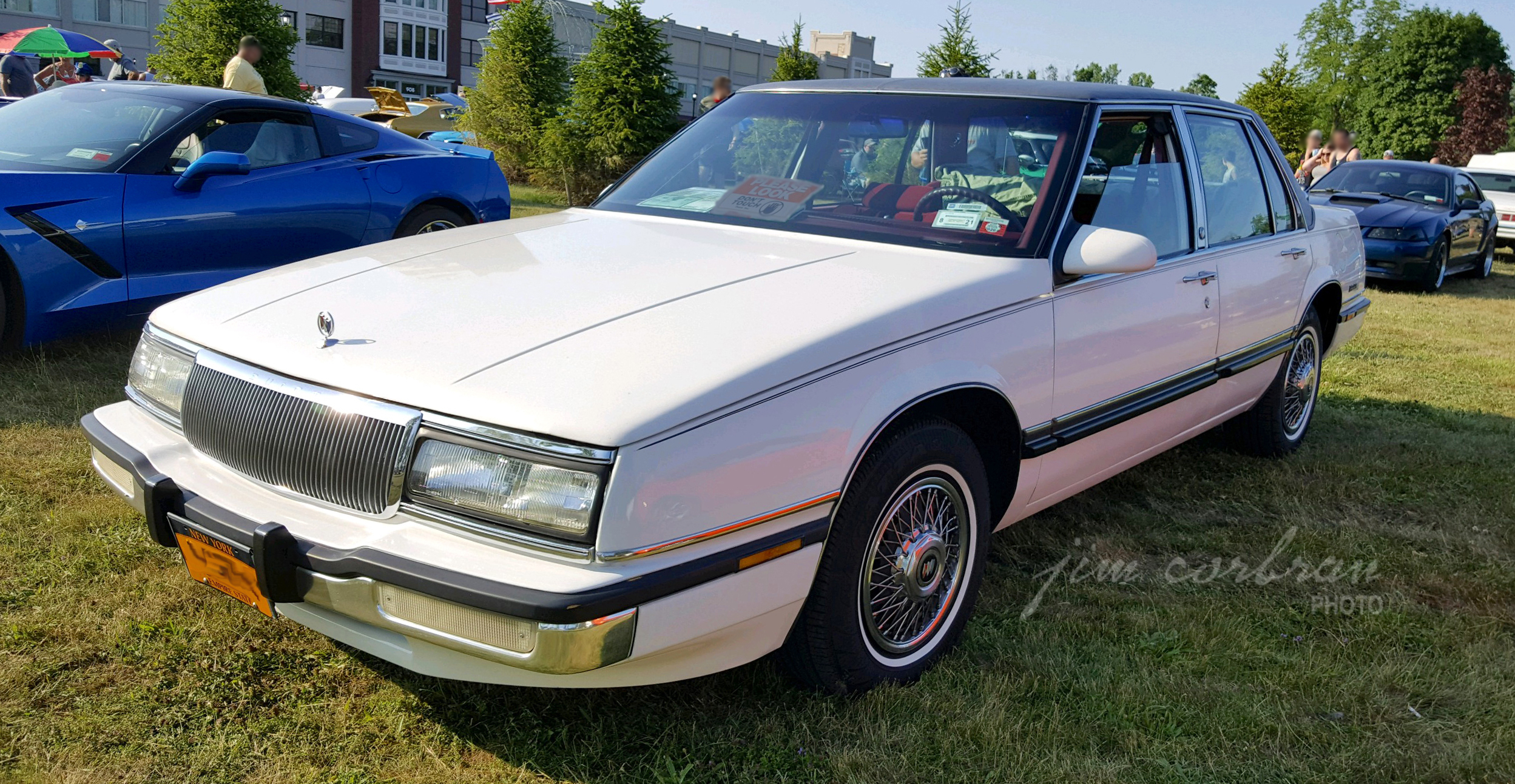 This 1990 Buick LeSabre Limited looks exactly as you’d expect a big Buick from that era to look. From the padded top to the trunk-mounted luggage rack, and the wire wheel covers to the Electronic Warning Tone For Seat Belt, Ignition Key, and “Headlamps On” (Buick’s quotation marks, not mine!) — it’s all there in this remarkably preserved sedan. Under the hood was the venerable 3800 V6 engine w/sequential fuel injection, a motor whose origins go back to the 1960s, where it was dropped into the compact Buick Special. In 1967, GM sold the engine design to Kaiser-Jeep, only to buy it back from American Motors (who by that time had bought Jeep) some ten years later. We found today’s RealRide at a cruise night at the Wurlitzer Building in North Tonawanda.