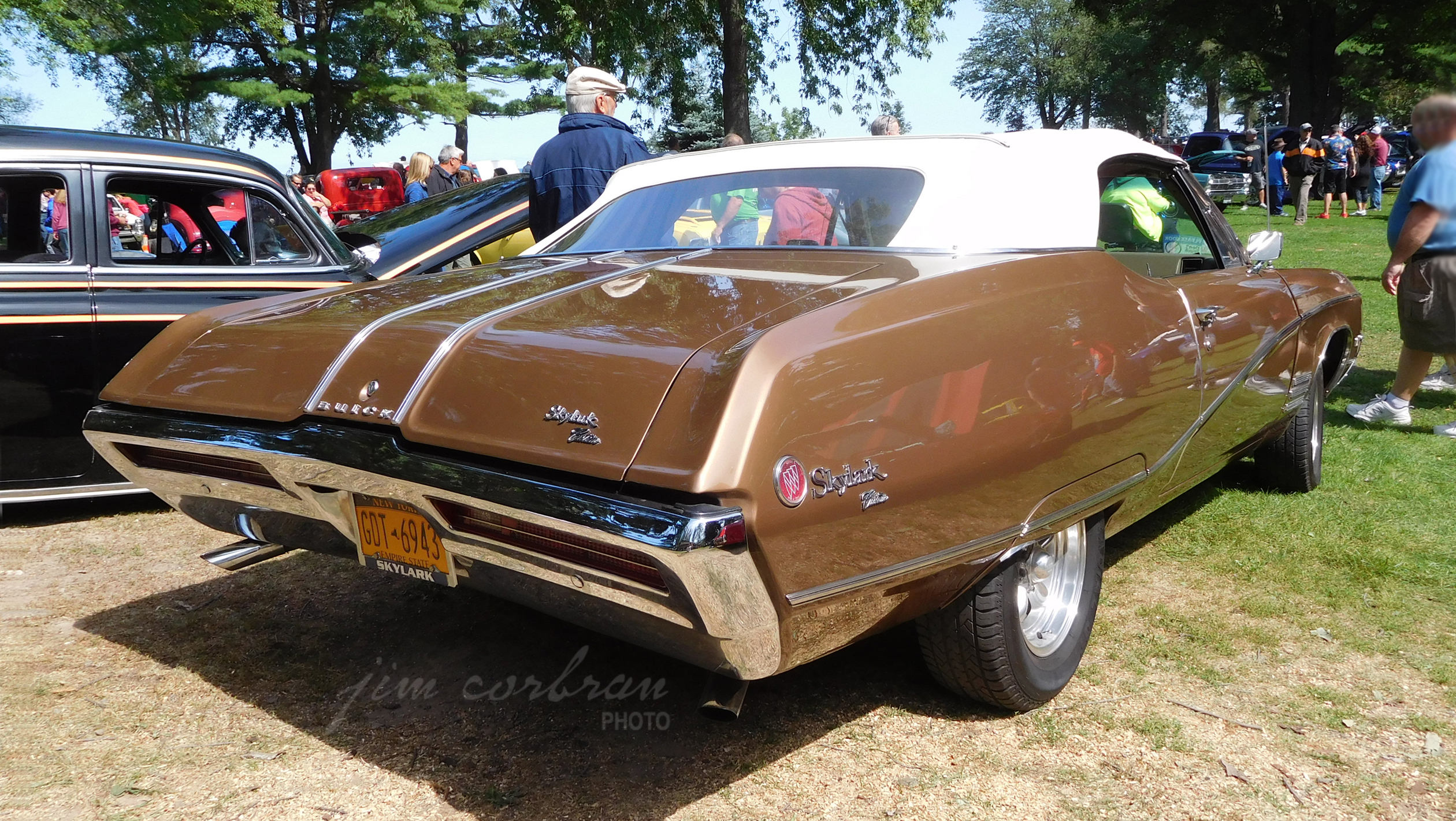 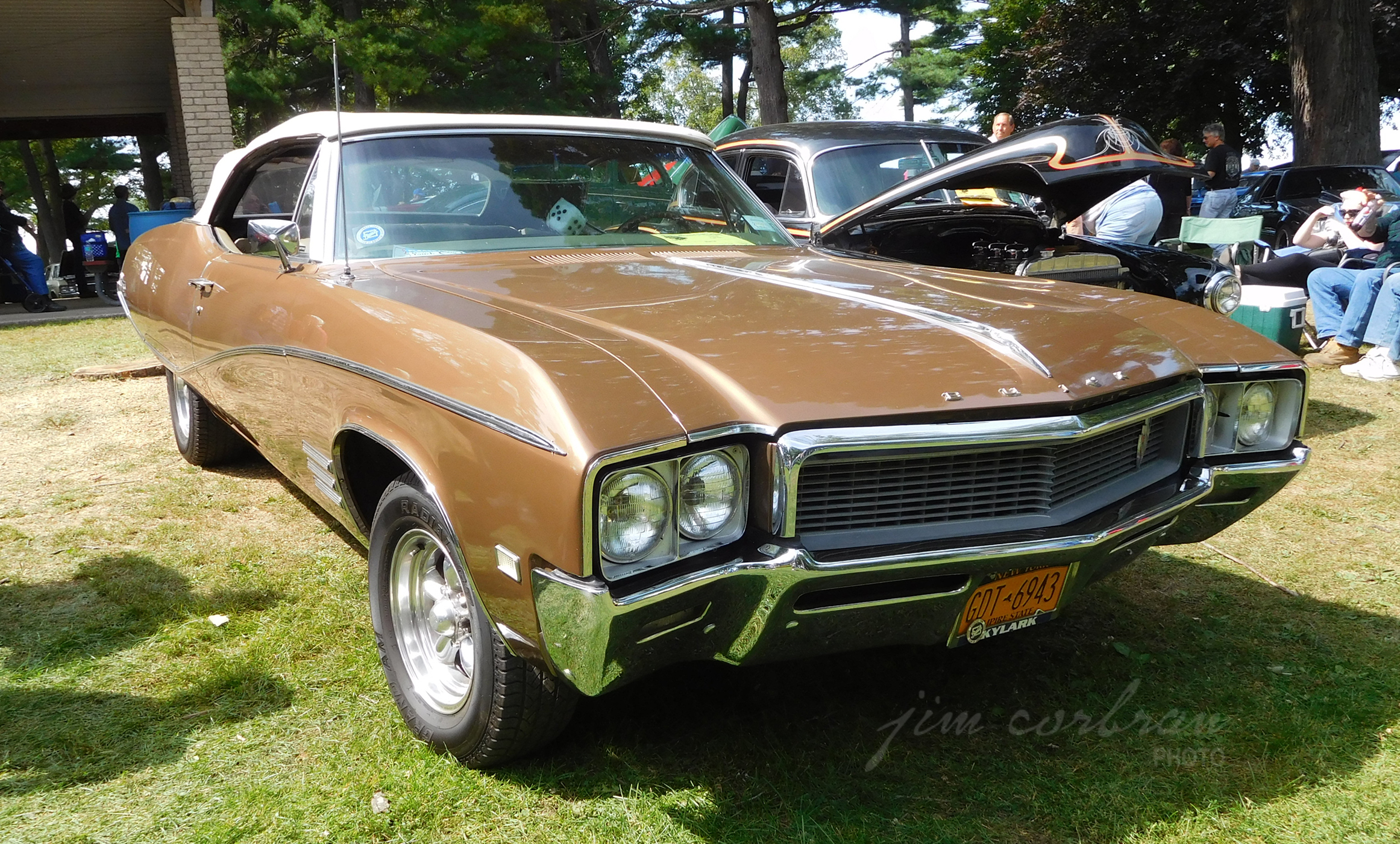 If I had to use one word to describe the styling of this 1968 Buick Skylark Custom, it might be swoopy. It’s really evident from the side view, as seen below in the brochure illustration of the four-door hardtop which, like today's RealRide, is wearing factory fender skirts. You didn’t see them on the lesser Special models, and IMO it broke up the continuity of the end-to-end side swoosh. We saw this one at the 2017 Olcott Beach Car Show in Olcott.