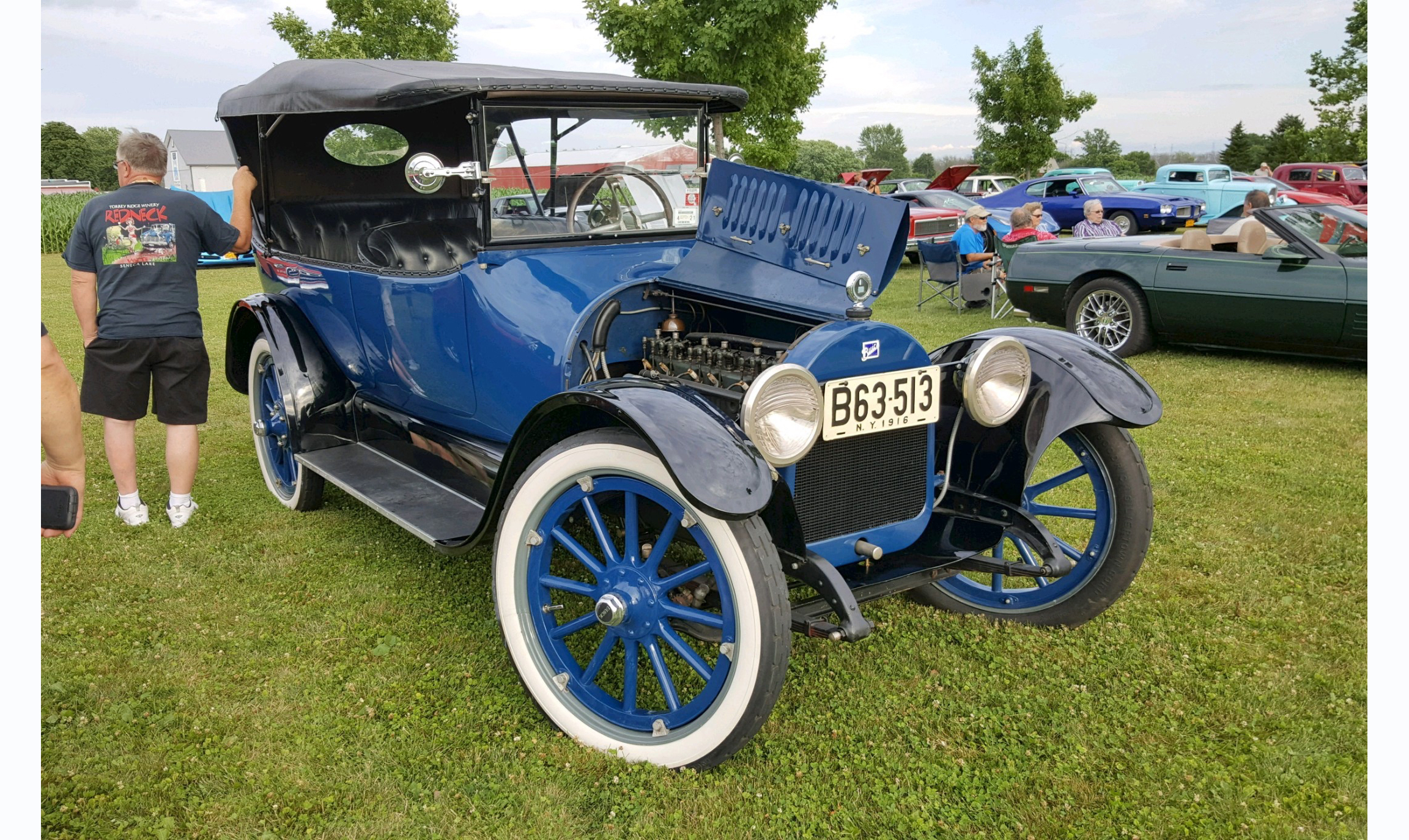 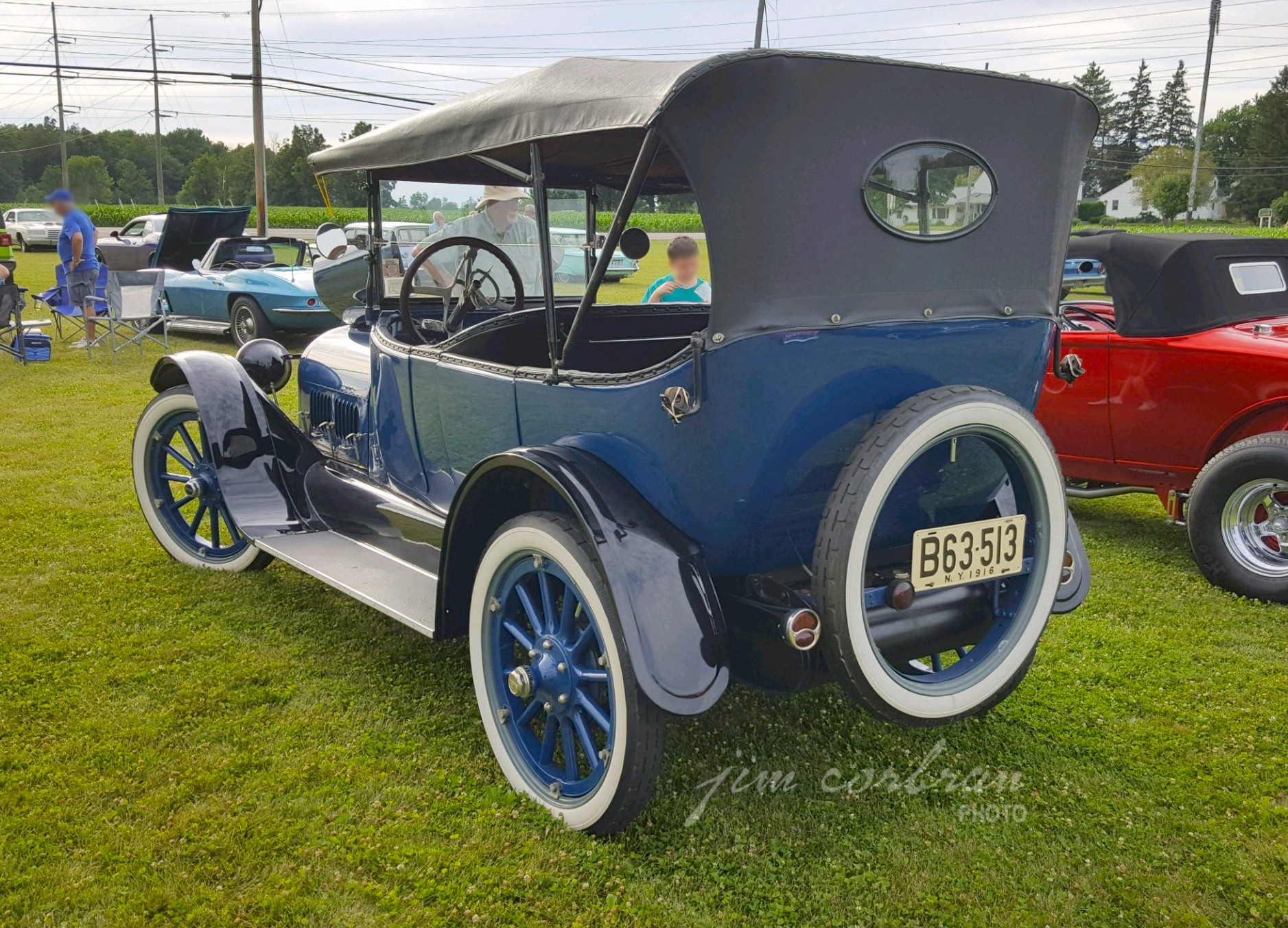 Off the top of our head, we really thought this 1916 Buick Touring Car would be the oldest RealRide we’ve ever shown you. Checking the numbers though, we were… wrong. Imagine that! (Just last year there was a 1915 Ford.) The 1916 brochure told us that this was the third year of the Touring Car — which they told us “…combined all the essentials for perfect motoring pleasure.” Apparently, not everyone considered an enclosed passenger compartment with a roof and windows to be essential for perfect motoring pleasure. Or was this before winter was invented... or rain? Lol... Saw this beautifully presented blue example at a weekly cruise night on the grounds of Hoover’s Restaurant in Sanborn.