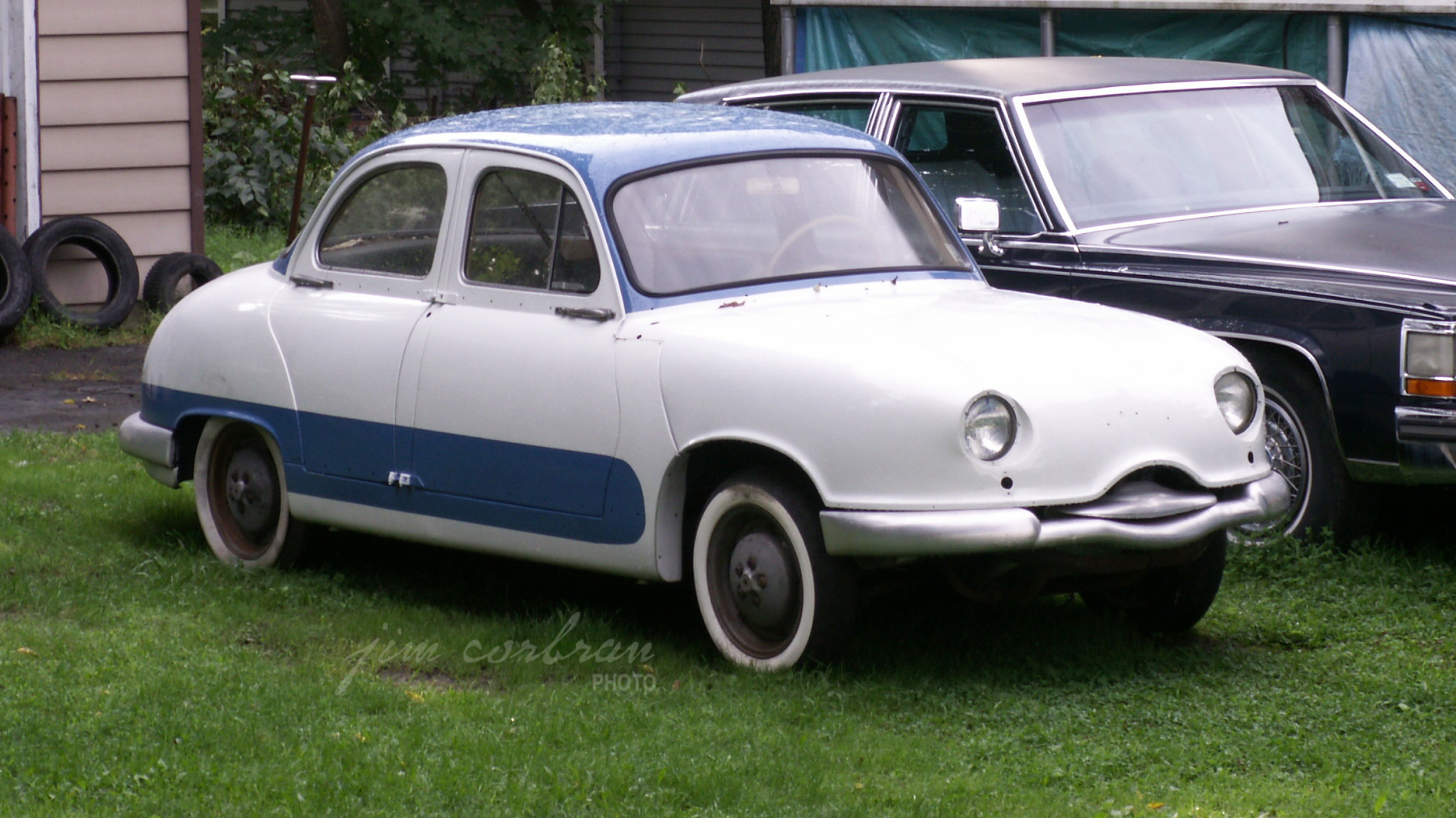 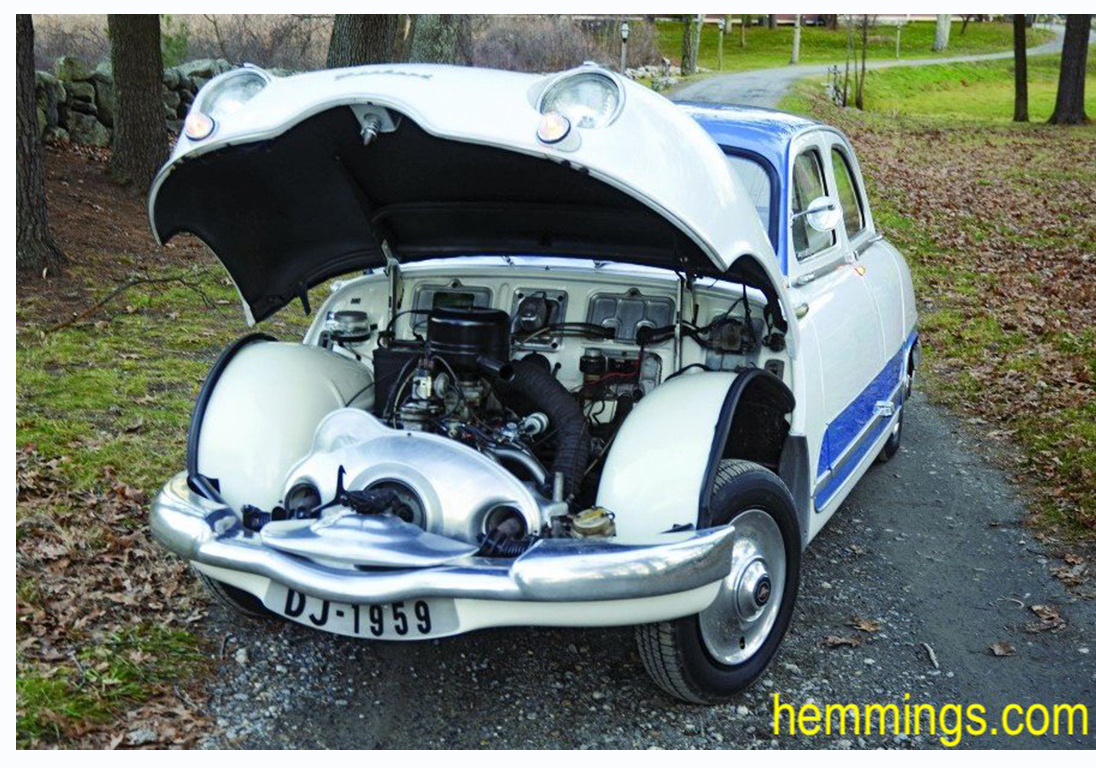 I did a double-take as I was driving past this 1959 Panhard Dyna Z sitting in a Salamanca front yard back in 2009. I did another double-take while researching this car on the internet and discovering that there was also a pickup model produced! (see bottom photo) In typical French fashion, the Dyna Z has unusual styling, from the sticking-out-its-tongue look of the front grille, to the reverse-suicide doors on the side… and that hood opening! I do believe this was the first (and last, so far) Panhard I’ve ever seen in person outside of a car show. 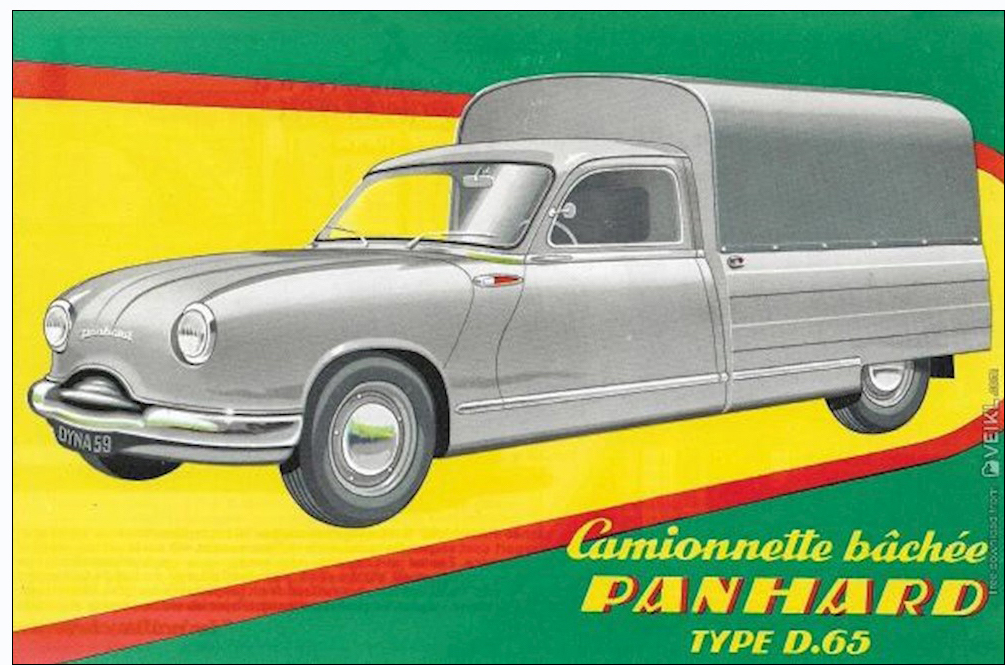