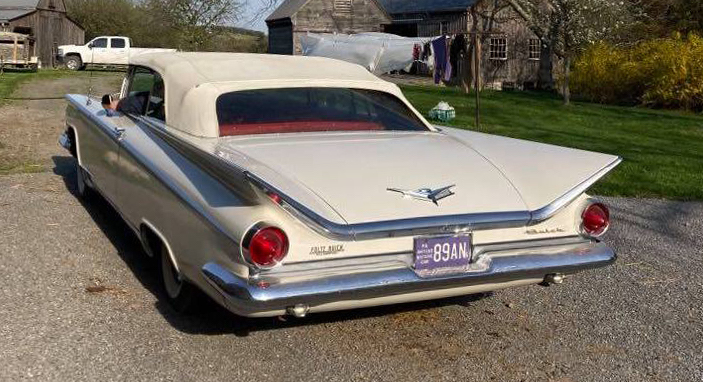 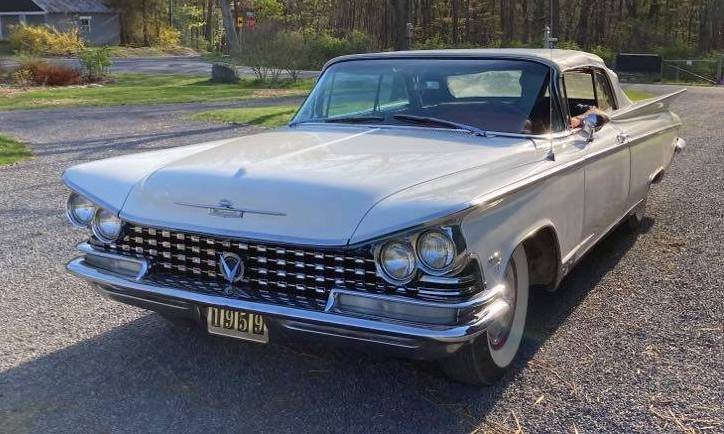 The brochure writers told us that “All eyes turn when the low-slung 1959 Buick Electra 225 convertible sweeps by.” And I’m sure this is just what happened when RealRides pal Rick Lapp’s neighbor Bobby stopped by his Muncy, Pennsylvania yard with this unrestored beauty. This was the first year for the model known by many these days as the Deuce-and-a-Quarter — as a matter of fact, the entire Buick lineup took on new names for 1959, with LeSabre, Invicta, and Electra joining the Electra 225 on showroom floors. The 225 offered two different rooflines for its four-door hardtops: one known these days as the flat top, and a six-window version Buick called the Riviera sedan (below, top and bottom respectively). 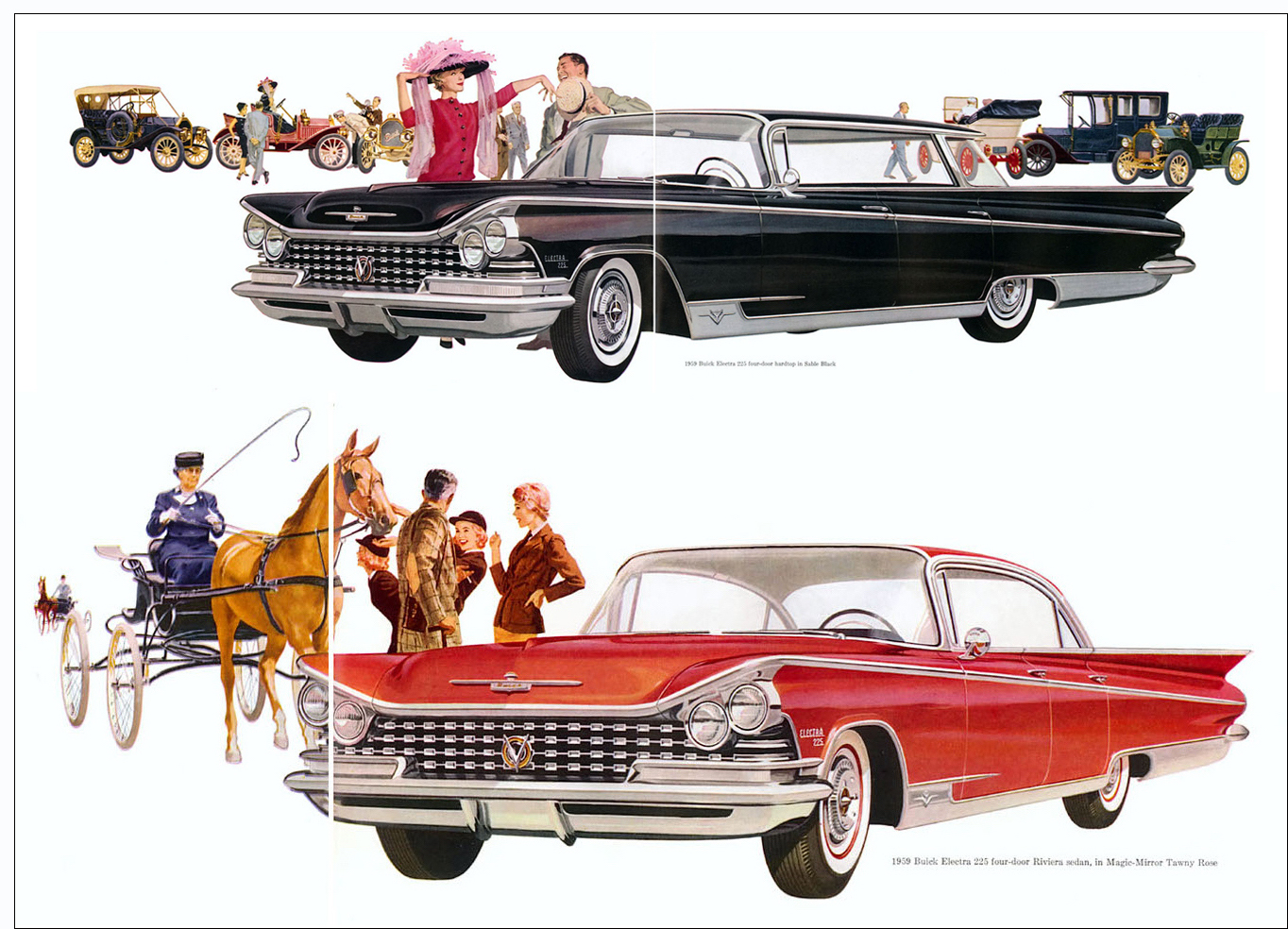