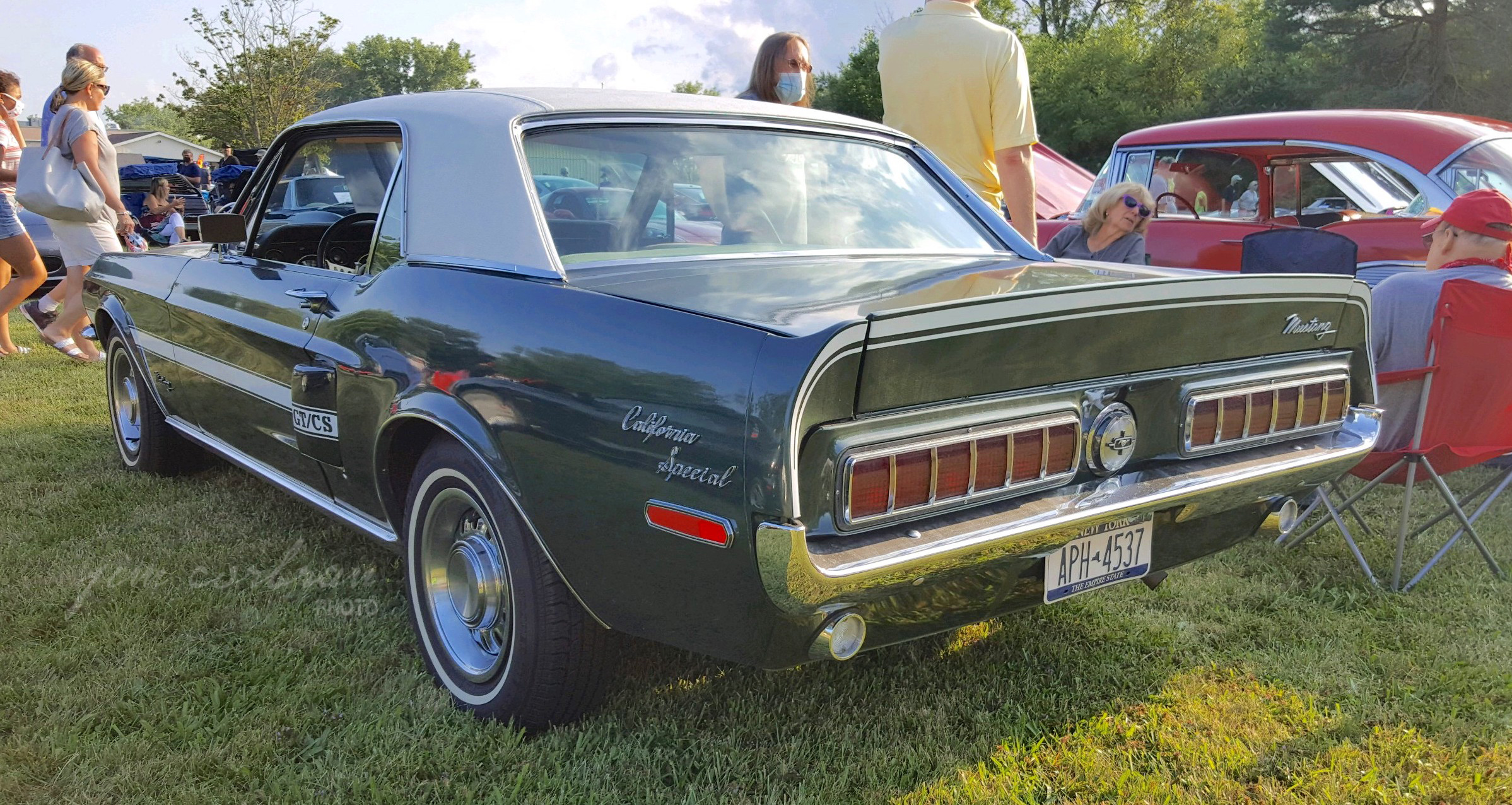 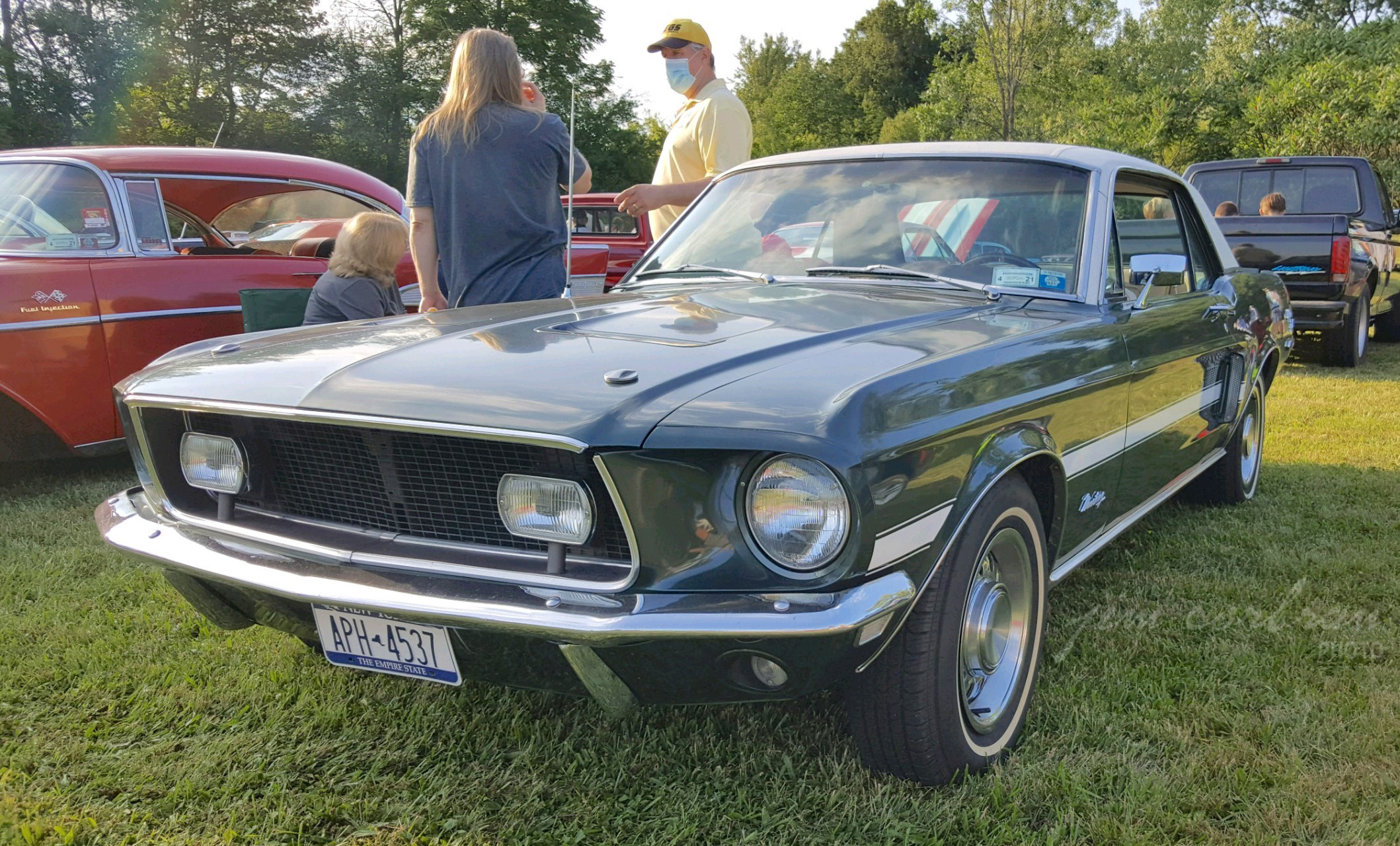 This 1968 Ford Mustang GT/CS was seen at last summer’s car show at St. Gabriel’s Church in Elma. The CS stood for California Special, and it was a limited edition model which included: “black-out grill; rectangular fog lamps; functional louvered hood with integral turn signals; Shelby-style rear end — a sassy spoiler, full edge striping; wide horizontal taillights; pop-open gas cap; on the sides, simulated air scoops with ‘GT/CS’ insignia, and special stripes.” According to Wikipedia, they were to be sold in California, with a targeted production run of 5,000 vehicles; only 4,118 were built, which included 251 that were sold in Colorado as the High-Country Special ’68.