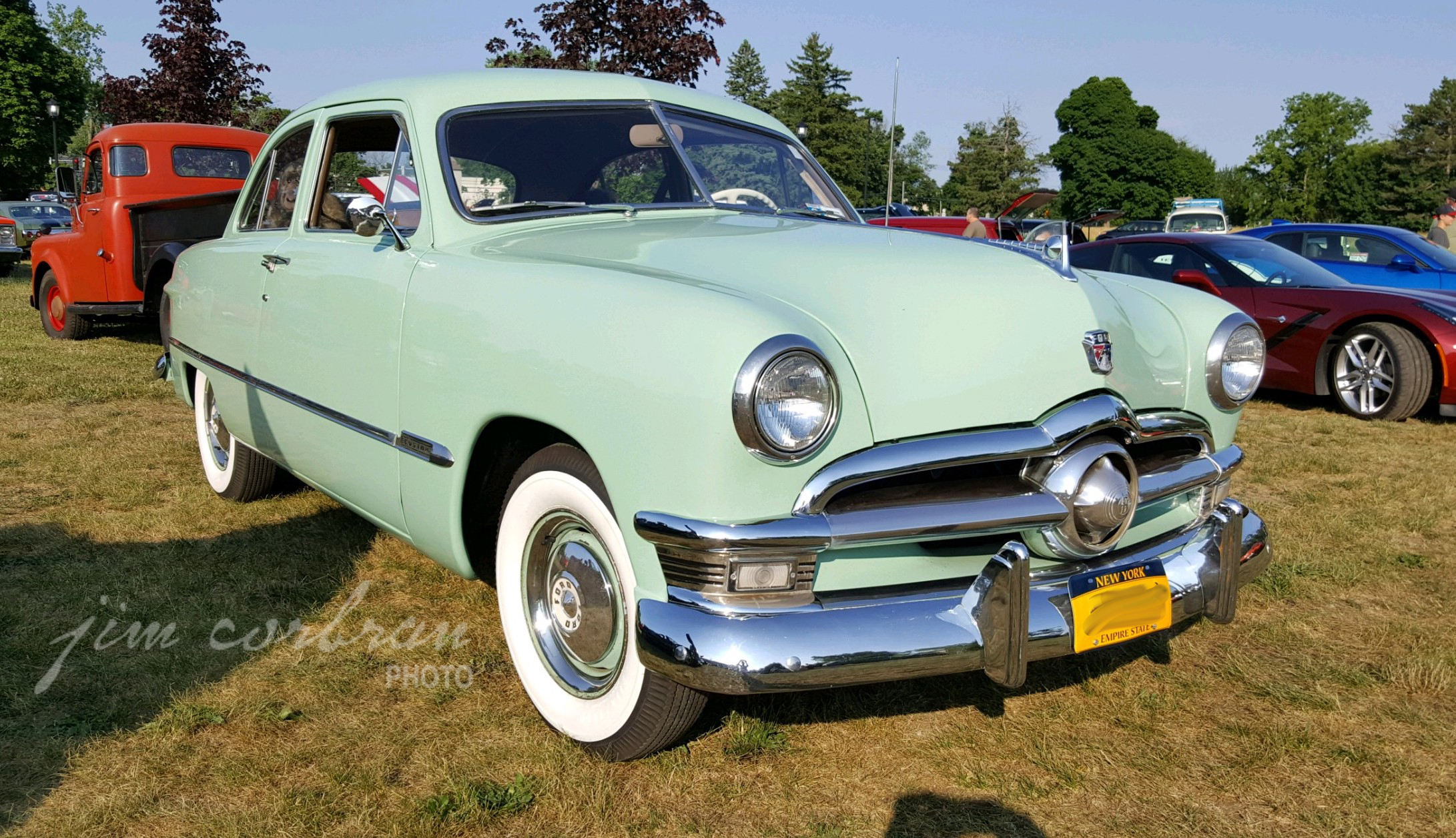 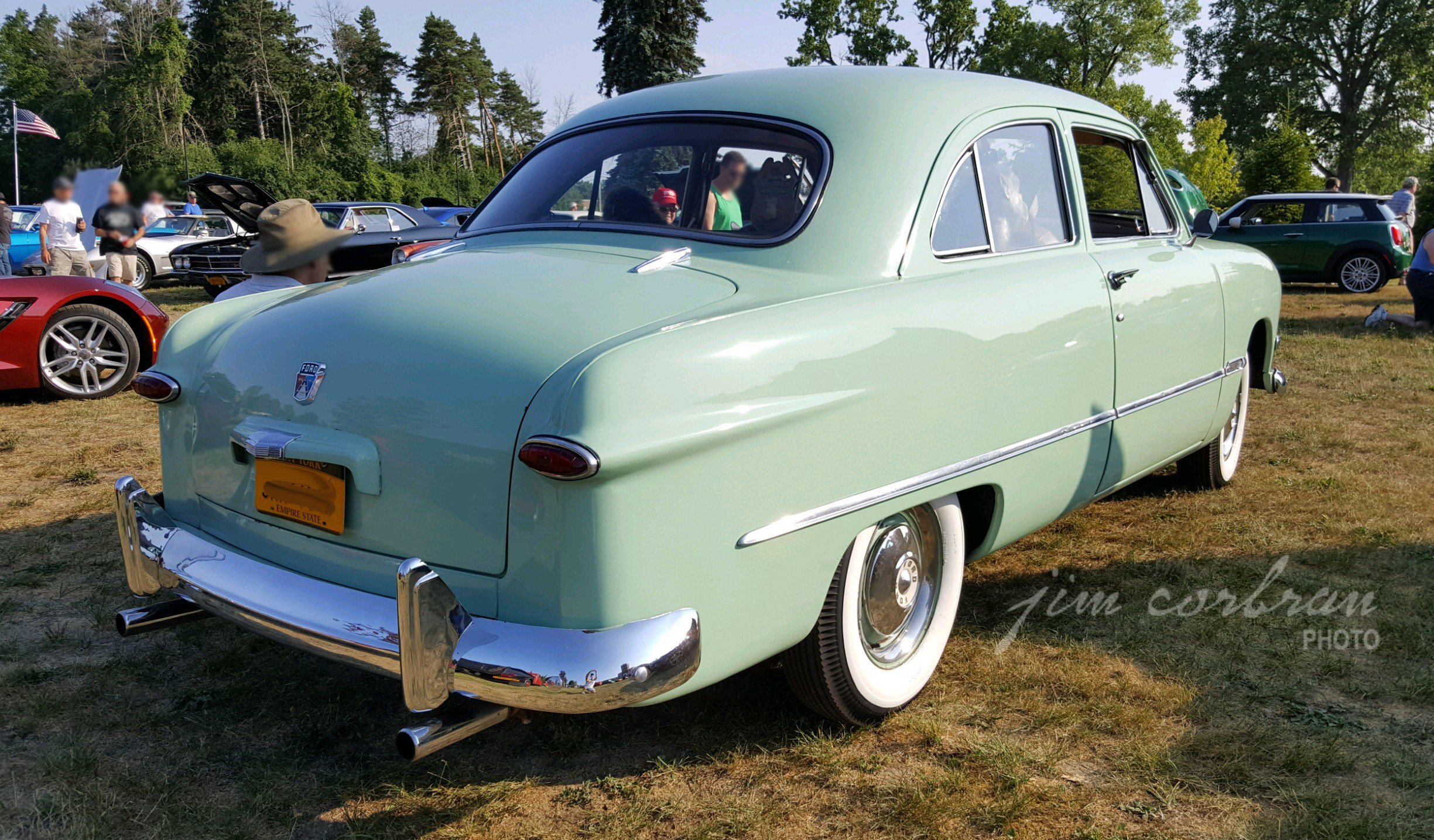 The 1950 Ford Custom Tudor is still a pretty clean design some 70 years after going on sale. It’s flat sides were über-modern compared to GM & Chrysler cars which still showed remnants of add-on rear quarter panels. The only thing Ford was missing in their redesigned ’49-50 lineup was a true two-door hardtop. Up to then they had made-do with a fancified two-door sedan they dubbed “Crestwood,” but it was a far cry from the Chevy Bel Air, a true pillarless hardtop. All was taken care of for the 1951 model year, with the debut of Ford’s Victoria (a four-door Victoria would come along for MY 1956). For 1951 Plymouth also debuted its Belvedere hardtop. Today’s RealRide was seen at a Monday cruise night at the Wurlitzer Building in North Tonawanda.