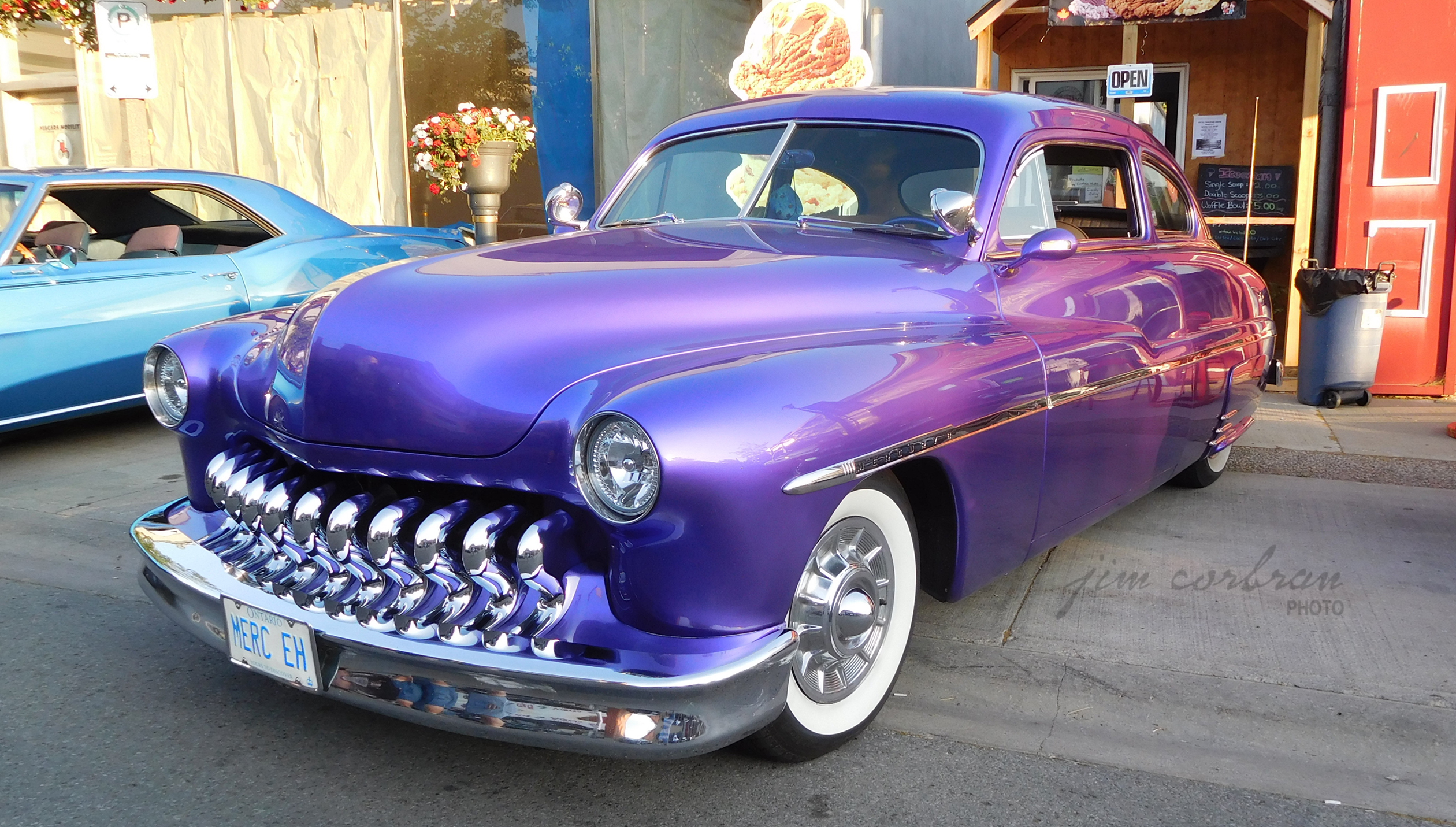 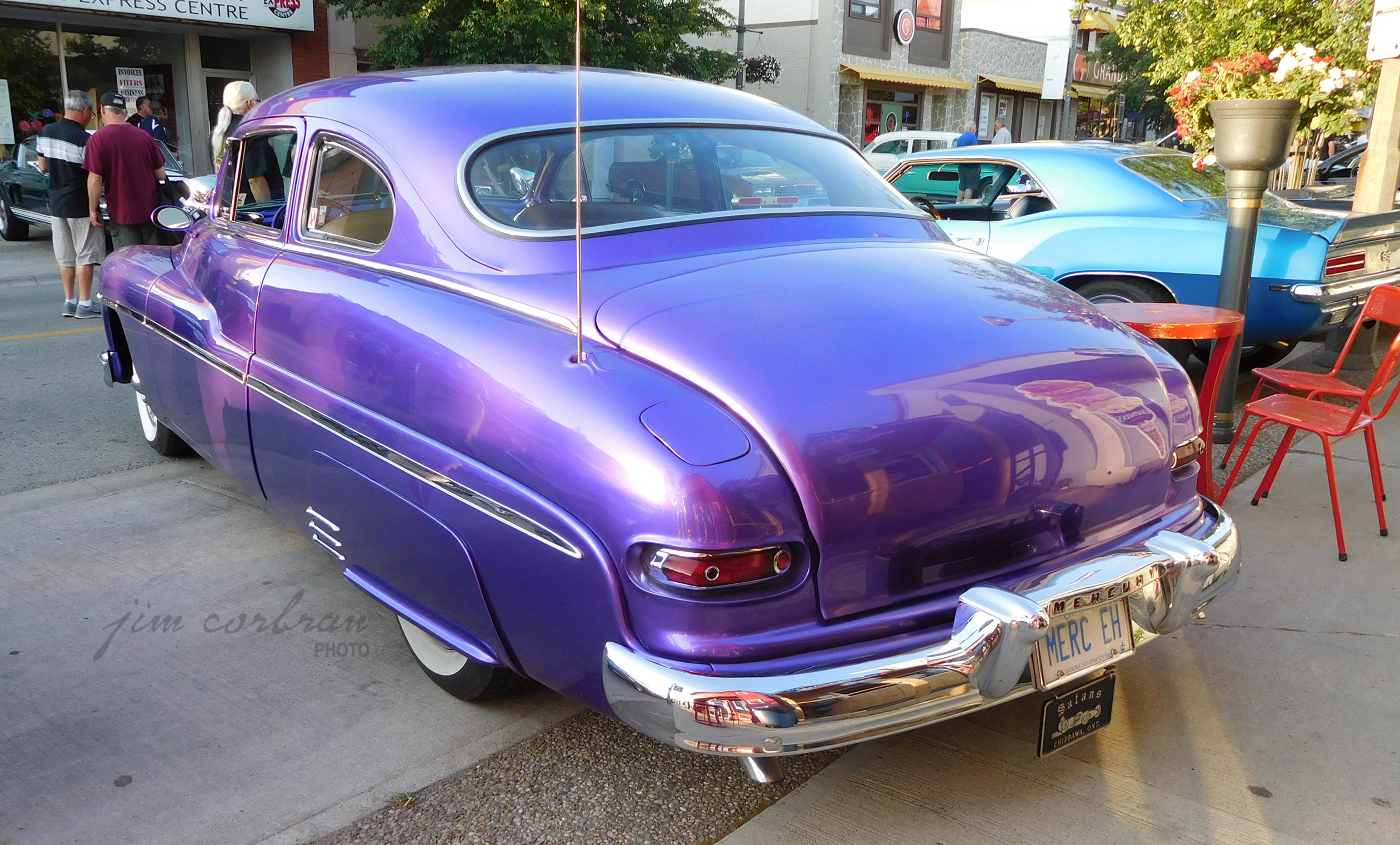 This 1950 Mercury six-passenger coupe was seen a few summers ago at a Cruising-on-the-Q weekly cruise night on Queen Street in Niagara Falls, Ontario. The ’49-’51 Mercurys looked nothing like their Ford counterparts, which could not be said for their predecessors. They shared a basic body shape with Lincoln, with the four-door models even copying the Lincoln’s suicide doors (below), while the station wagon did share the Ford bodywork from the cowl back. You can tell by the vanity plate on this RealRide that yes, we were north of the border!