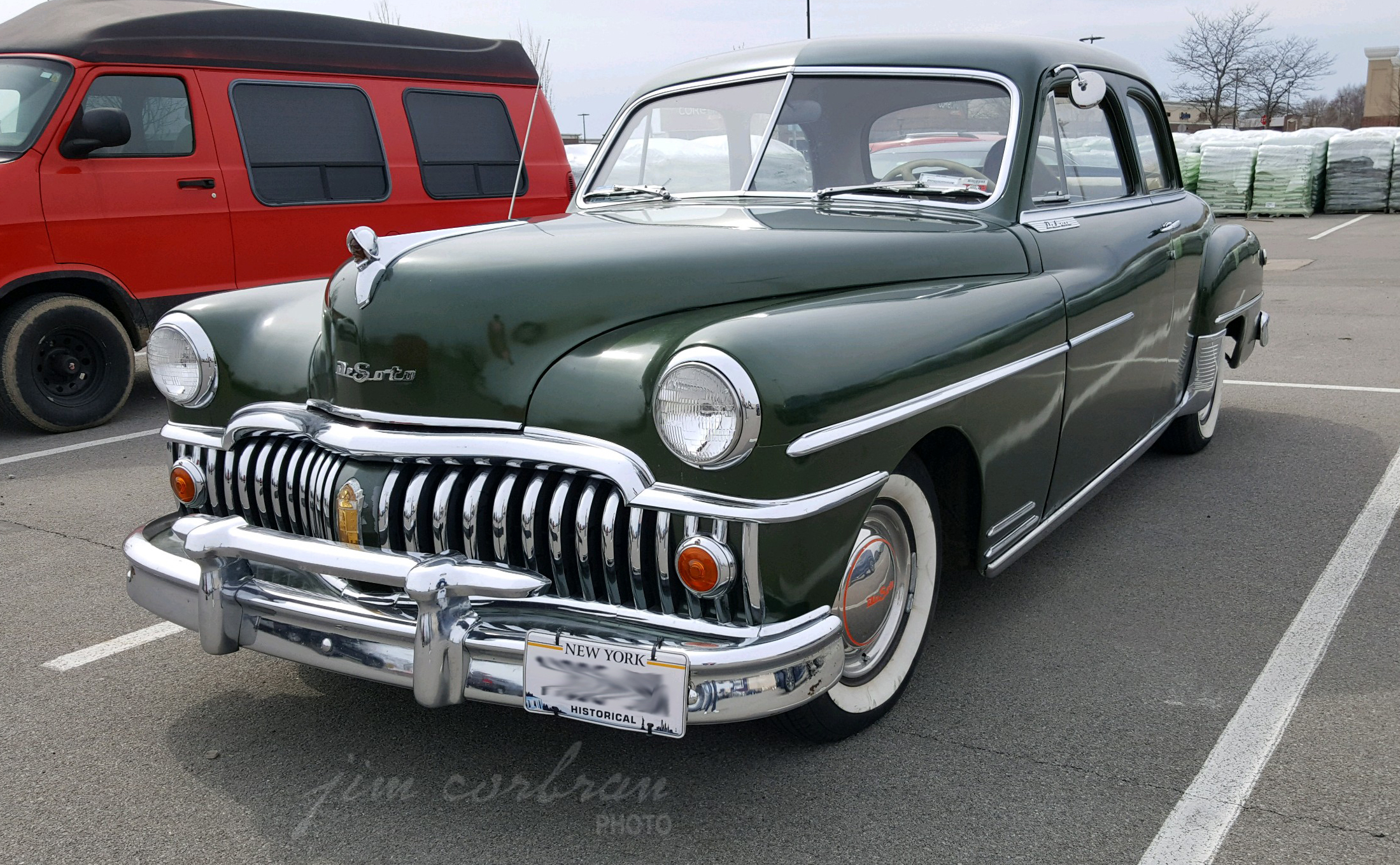 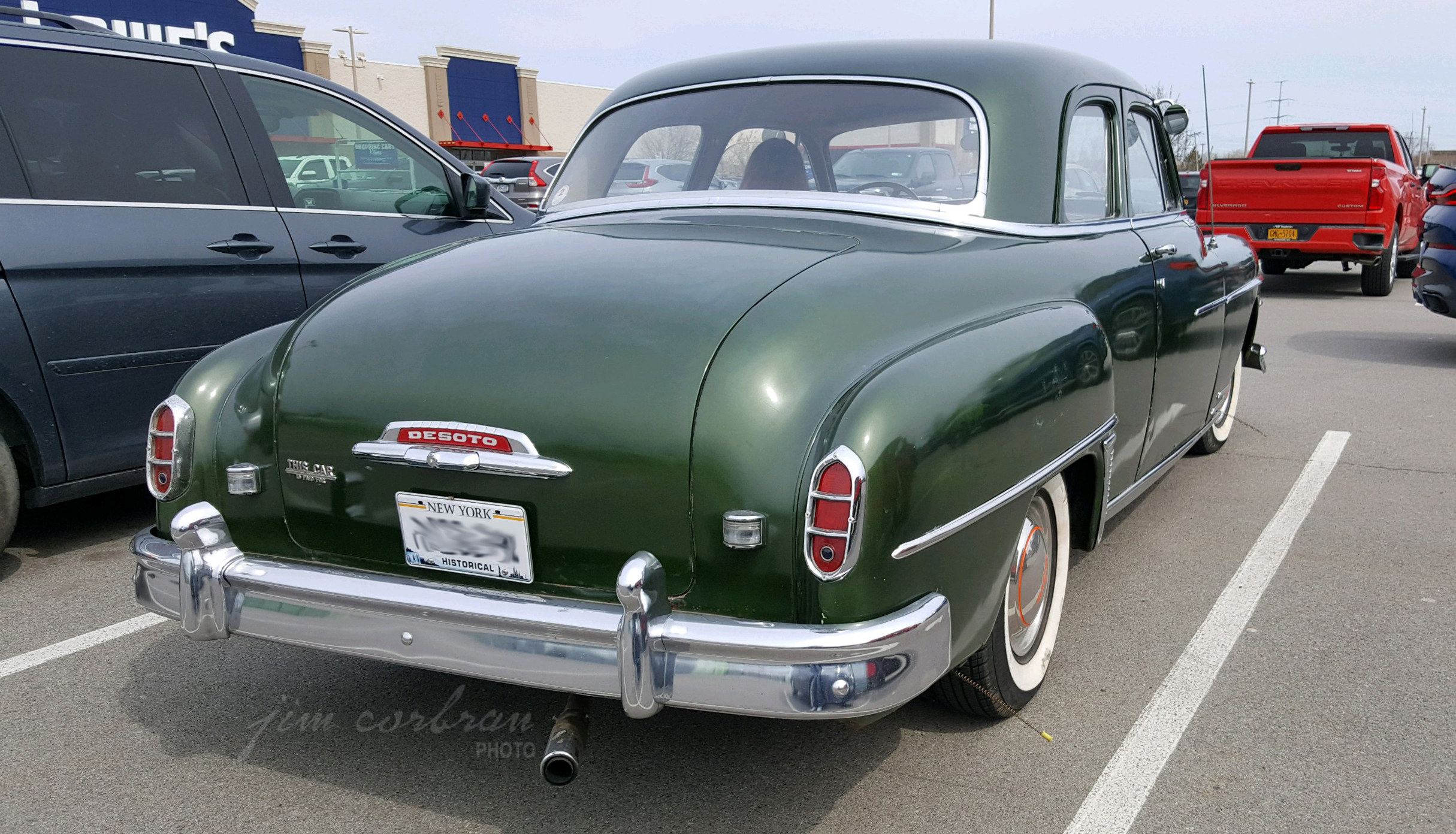 Came across this 1950 DeSoto DeLuxe Club Coupe a few weeks ago in an Amherst parking lot, and immediately recognized it as a car owned by a friend of mine. I was puzzled though as to why it was wearing a pair of the new N.Y. tags. Later that same day I saw it parked in a driveway in the neighborhood of the RealRides offices, and called said friend who told me that yes, he had sold it to someone who lives nearby. Small world! The DeLuxe surprisingly was not DeSoto’s top line for 1950. That honor fell to the Custom. From the names I would have thought it to be the other way around.