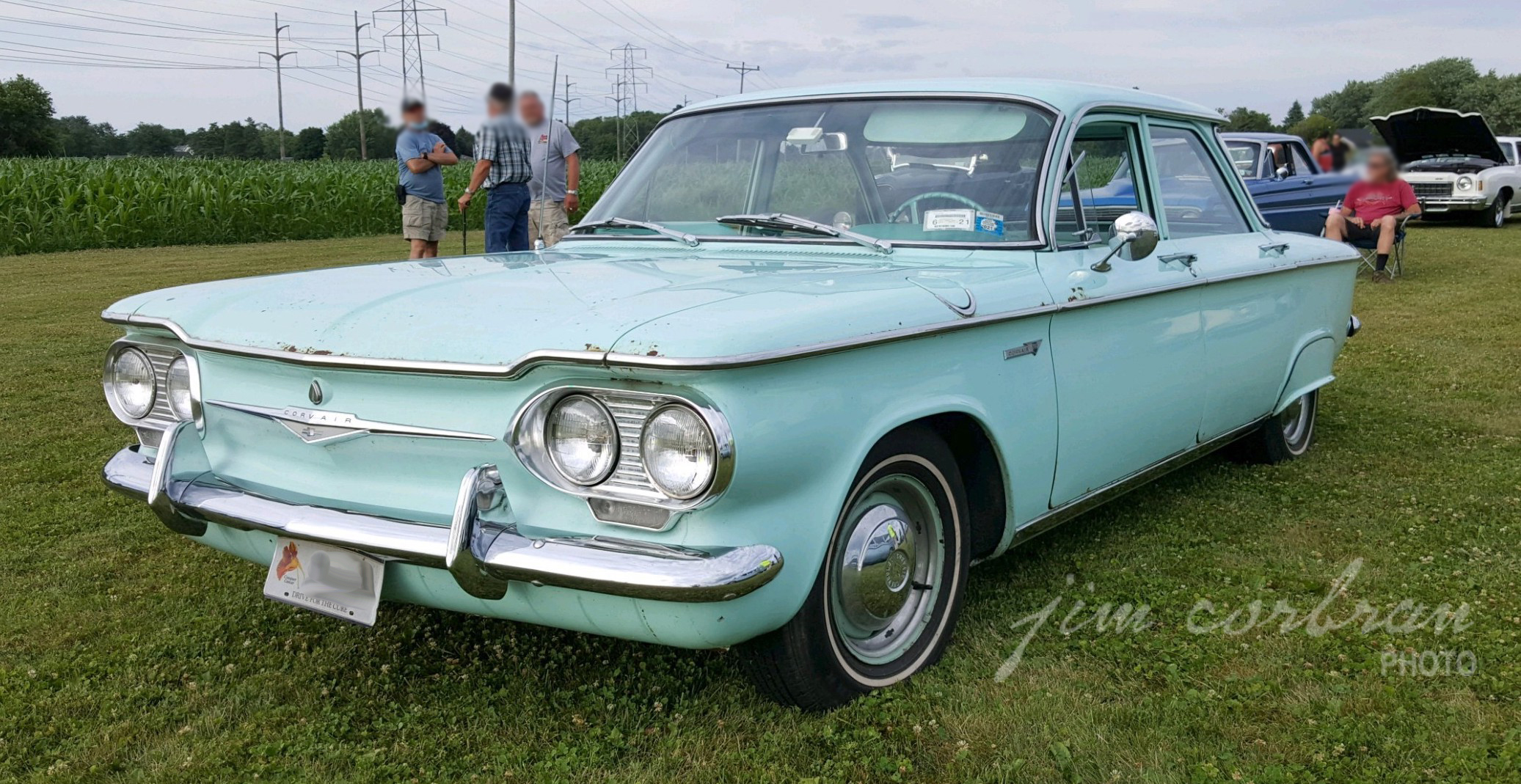 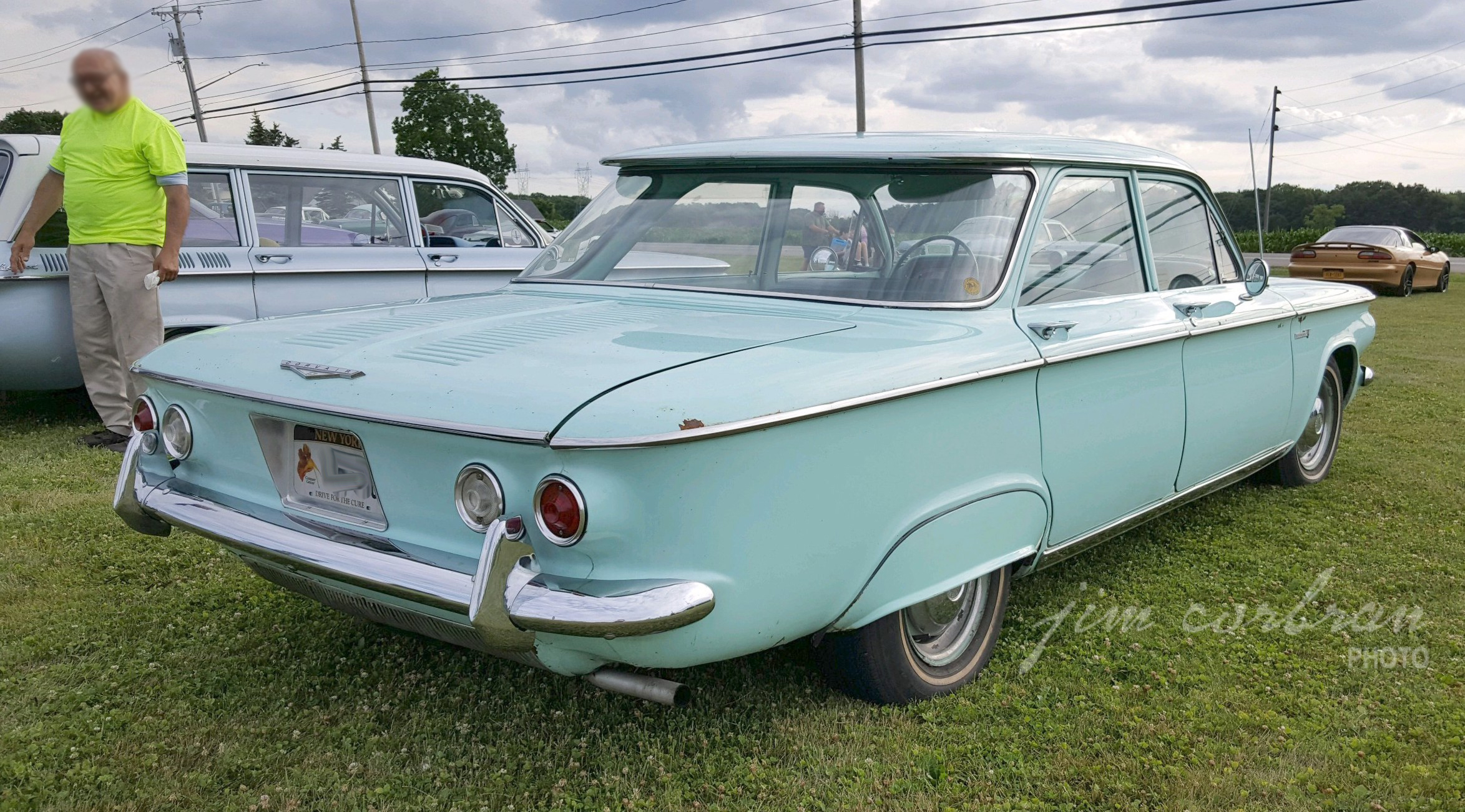 We’re going to go out on a limb here and say it’s not often you see one of these wearing a pair of fender skirts. But, back when this 1961 Chevy Corvair 700 was knew, lots of owners were thumbing through their J.C. Whitney catalogs and buying fender skirts, spinner wheel covers, and radio antenna raccoon tails for their daily rides. Today’s RealRide, seen at a Sunday cruise night at Hoover’s Restaurant in Sanborn, looks pretty much unrestored… and congrats to the owner for presenting it that way! In 1961 the 700 was in the middle of the Corvair model heap, with the Monza at the top, and the 500 at the bottom for those thrifty shoppers. Body styles for MY 1961 were the Club Coupe (two-door sedan), the flat-top four-door sedan like today’s RealRide, a four-door Lakewood station wagon, and the Greenbrier Sports Wagon (which today we’d probably call a minivan).