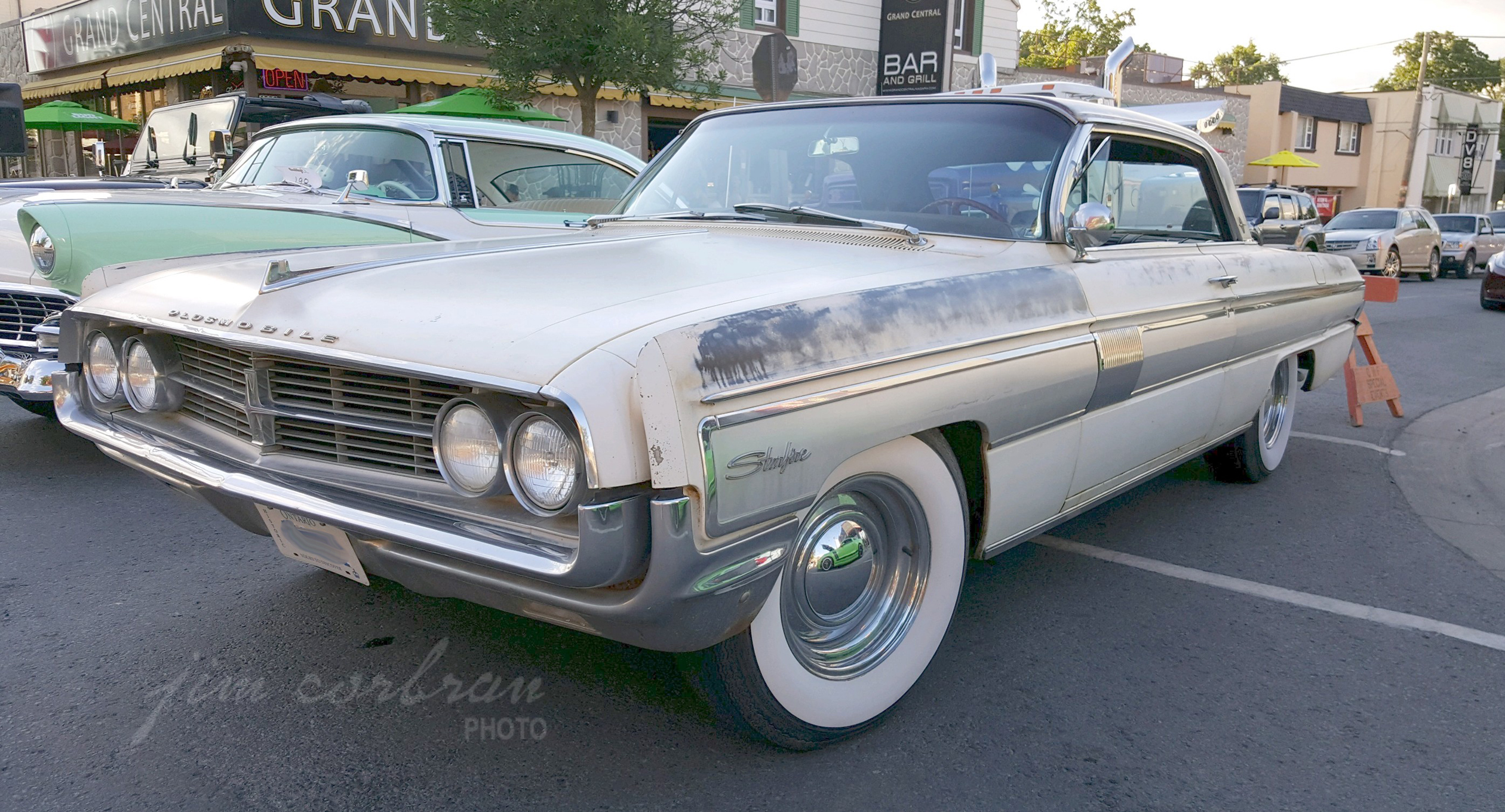 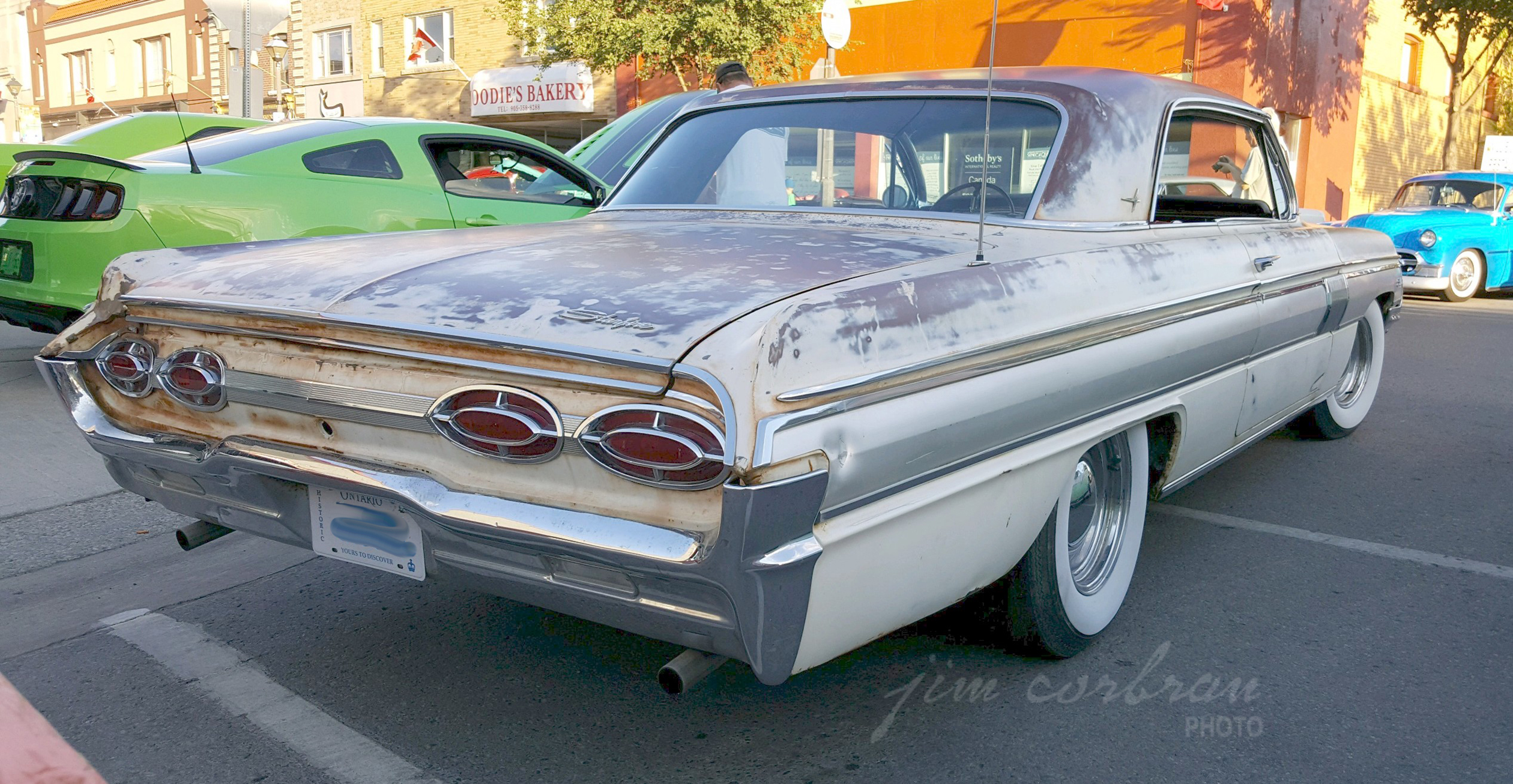 Not every classic car owner is anxious to restore their ride back to showroom condition. Some are content to let their cars age naturally, like this 1962 Oldsmobile Starfire. By MY 1962, GM’s four-door flat-tops were by-and-large gone from the catalog (although they were still in the Corvair lineup). But in other roofline news, most big Chevy, Pontiac, Olds, and Buick two-door hardtops were sporting a new roofline which resembled a convertible (the Chevy Bel Air was the only holdout for the old style, now commonly referred to as a bubbletop). It was a very successful look, but again it was one that lasted for only two model years. We saw this nicely patina’d Starfire a couple of summers ago at weekly Cruising On The Q cruise night on Queen Street in Niagara Falls, Ontario (will be ever be able to go back!?).