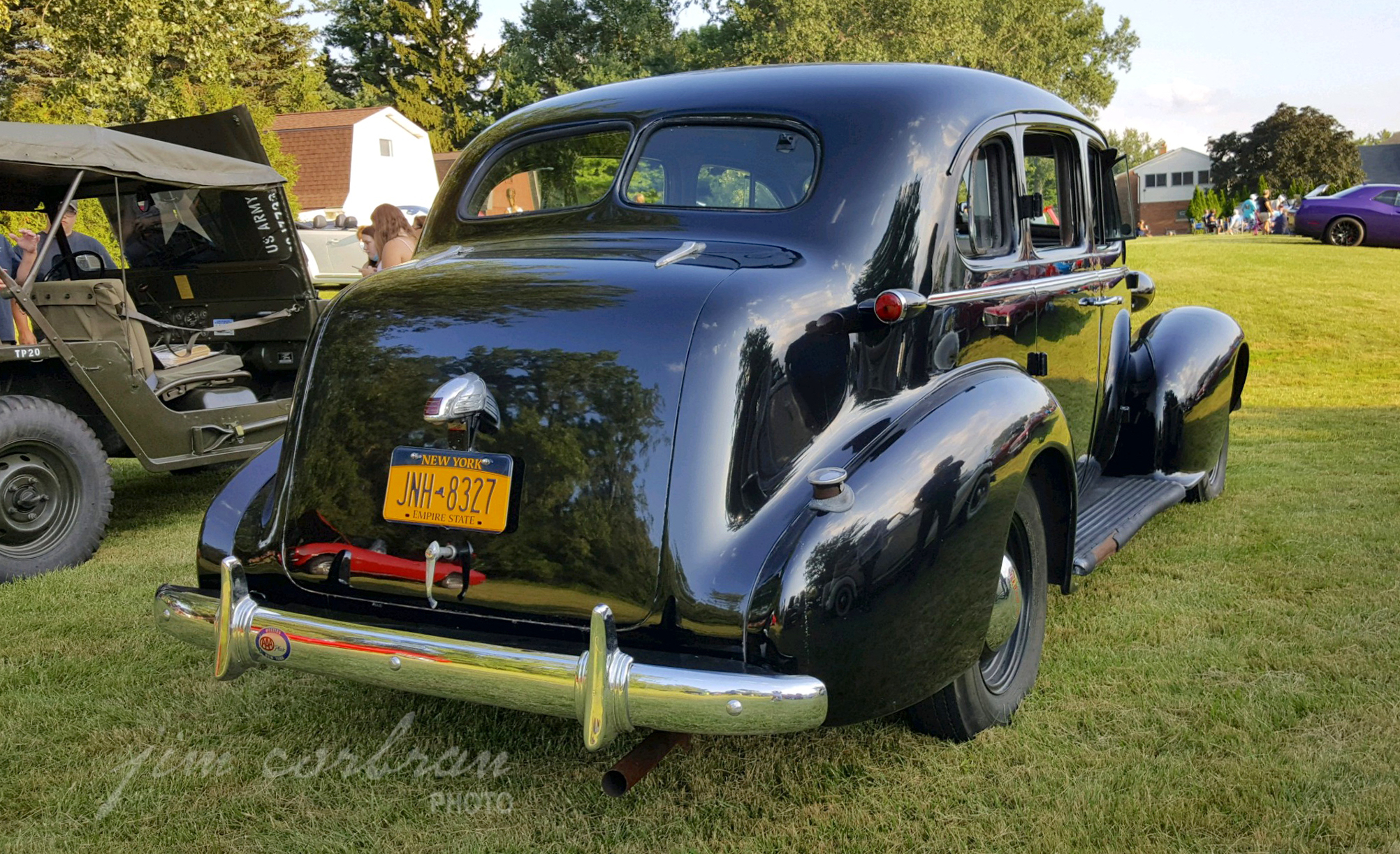 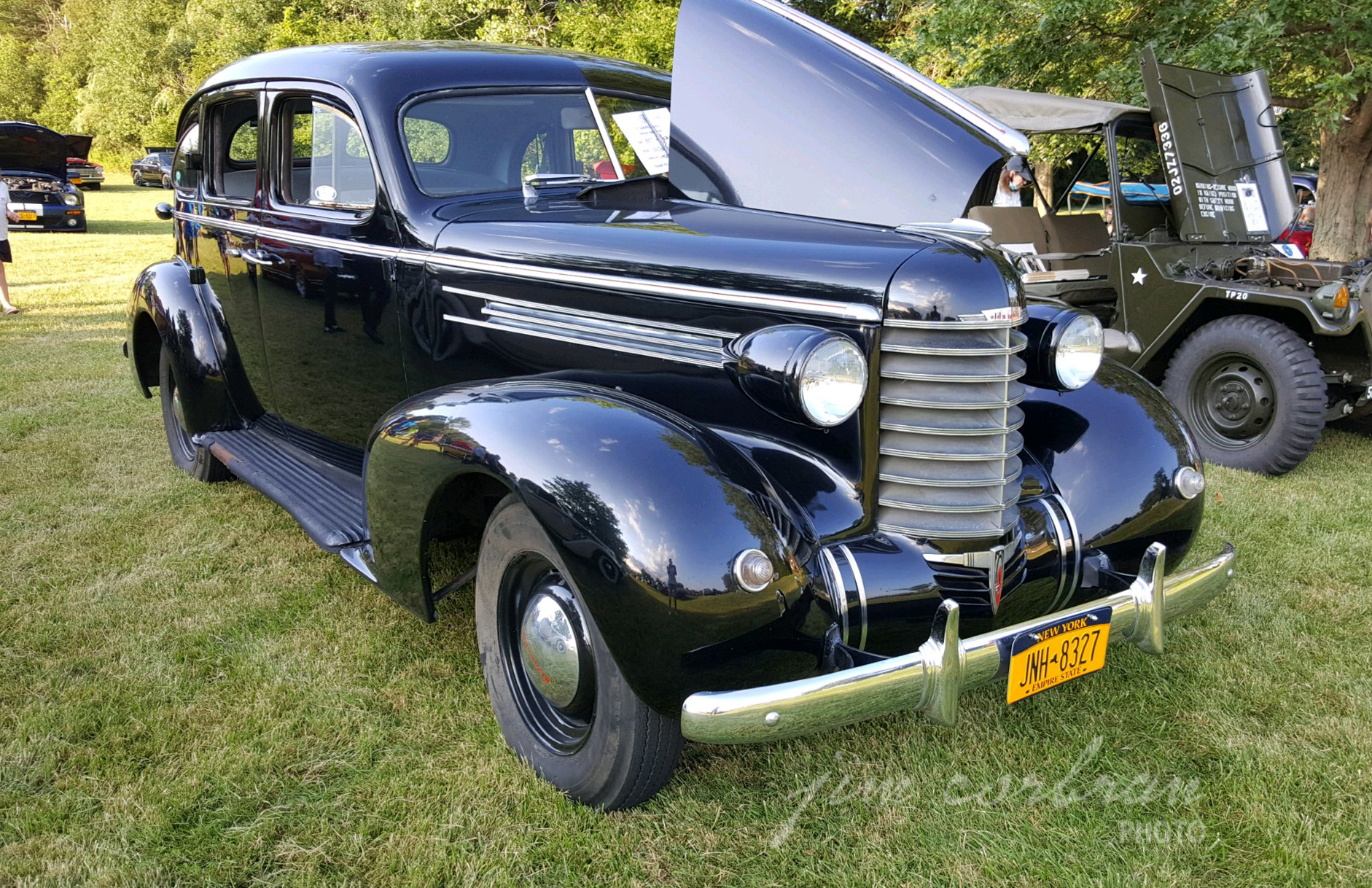 Back when this 1937 Oldsmobile Six was new, they were available in two series: the Six and the Eight. There were subtle styling differences between the two (grille texture, hood trim, taillights), but not surprisingly, the Eight was longer with a wheelbase seven inches more than that of the Six. See the two below for comparison sake. We saw today’s RealRide last summer at a car show in Elma at St. Gabriel’s Church. 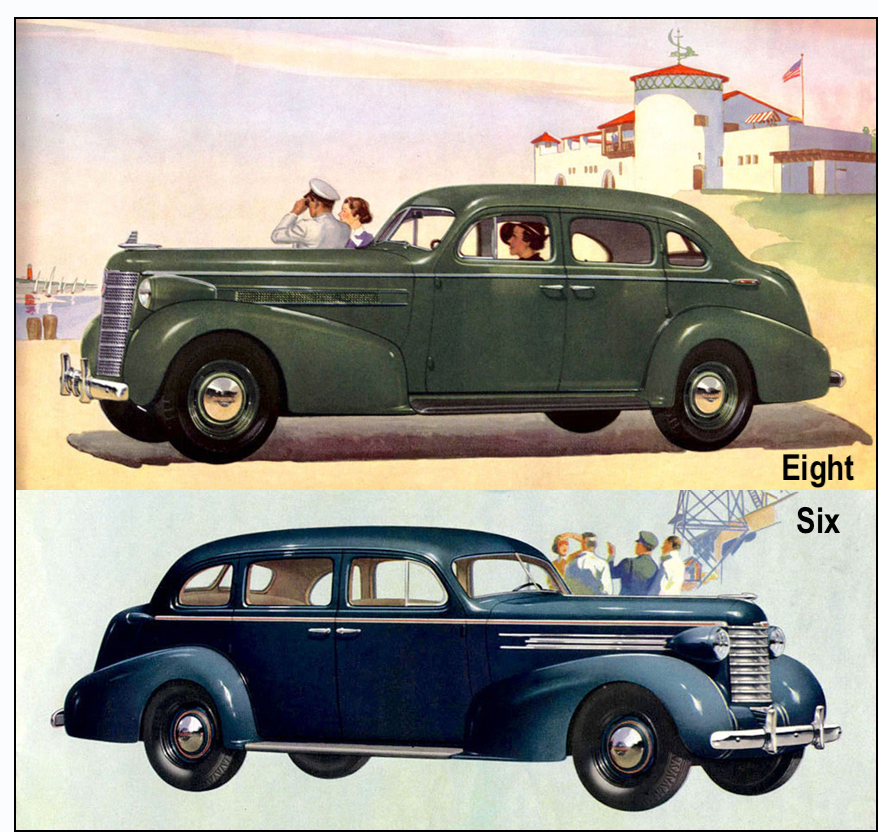