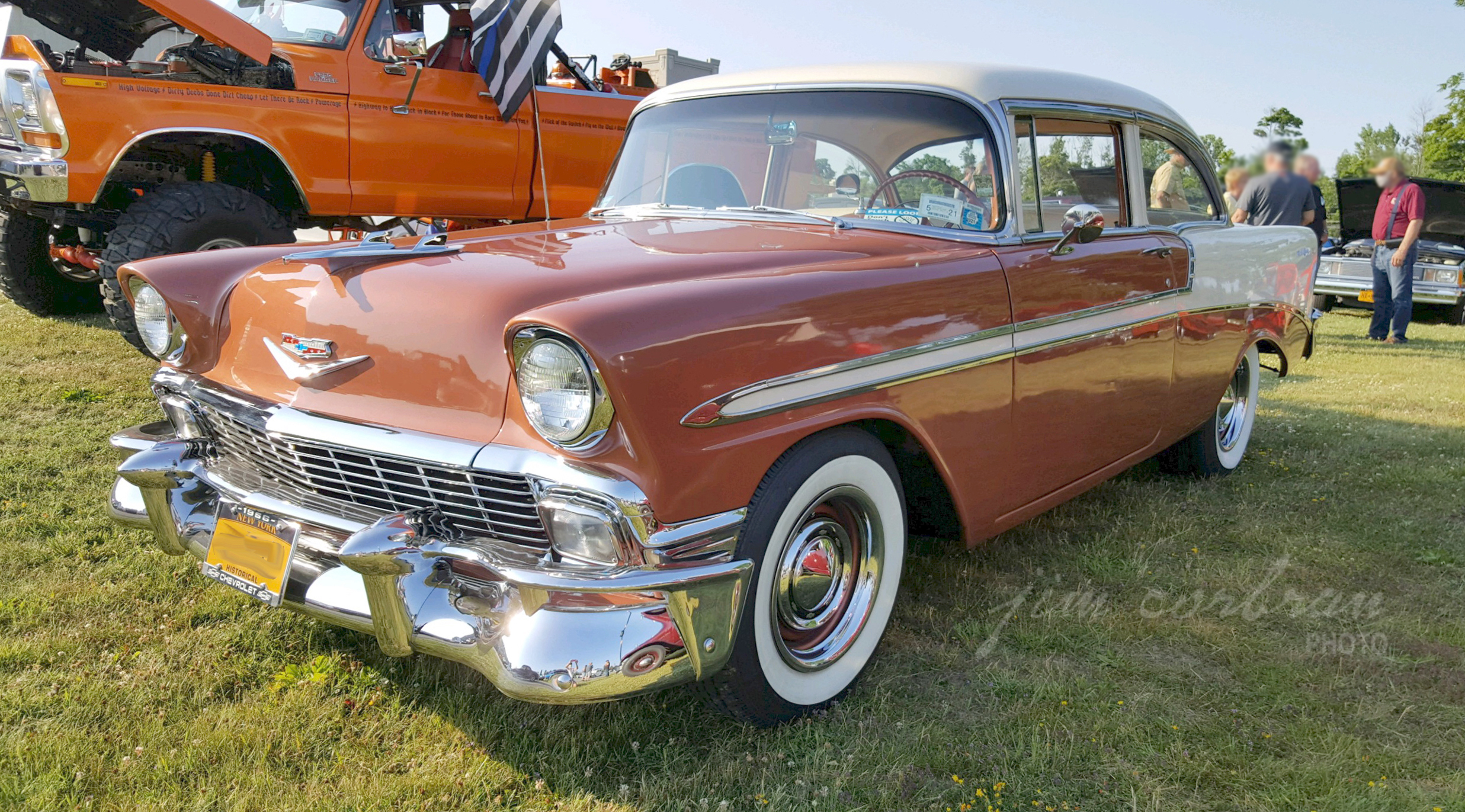 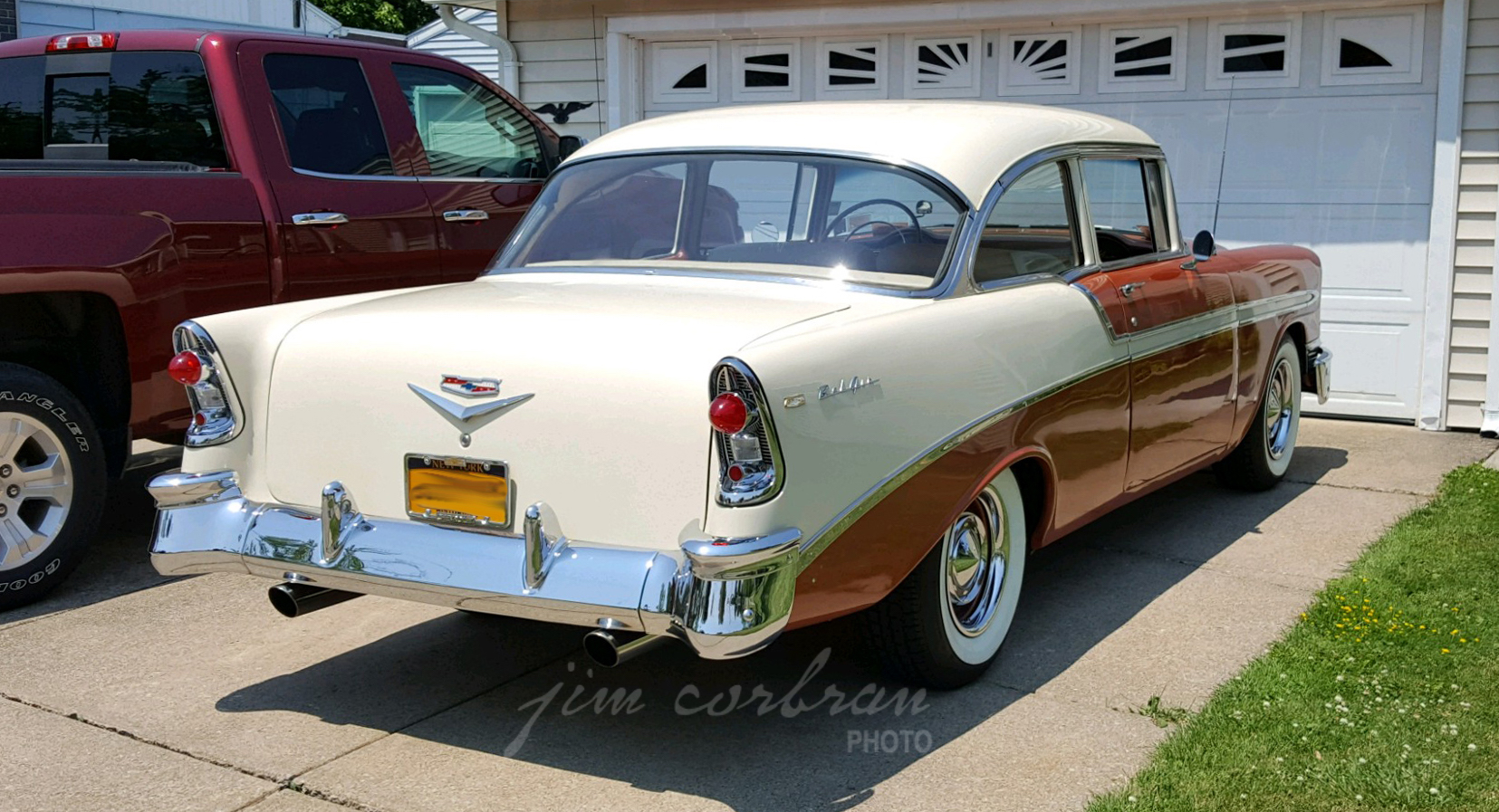 Came across this nice two-tone 1956 Chevy Bel Air one day while bicycling around the neighborhood. A few days later there it was at a Sunday cruise night at Hoover’s Restaurant in Sanborn. It is a small world, after all! Regular readers of this spot know that the ’56 is this middle child’s favorite Tri-Five. This one’s looking especially resplendent in its Sierra Gold Poly with Adobe Beige paint job. Trim bits on the hood and trunk would lead one to believe that it came from the factory either with Chevy’s Turbo-Fire V8 or, if the original buyer was feeling a bit more frisky, the Super Turbo-Fire V8.