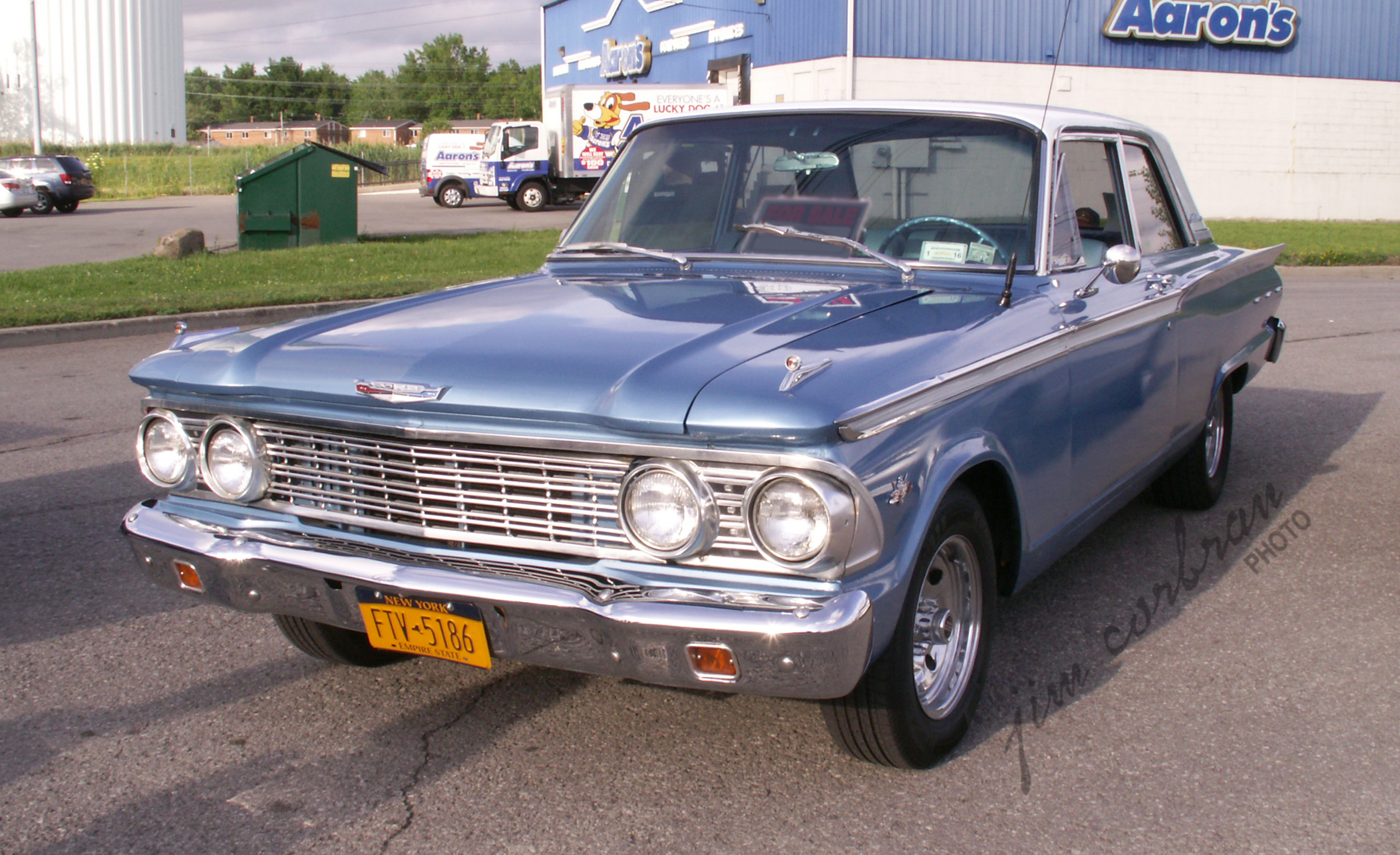 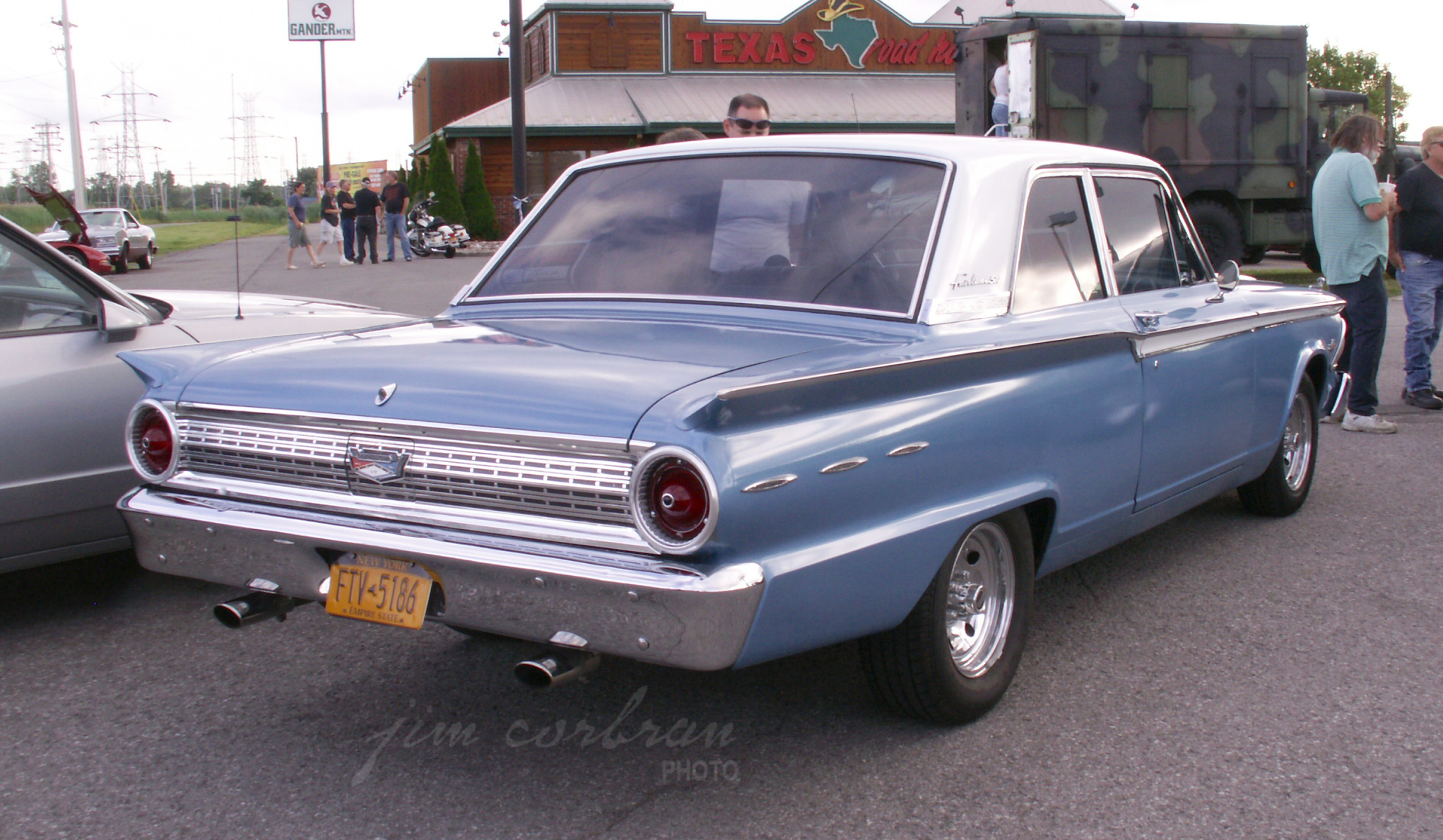 Today is “You Hardly Ever See One of These at a Car Show” Day. This 1962 Ford Fairlane 500 was spotted back in 2014 at a weekly cruise night at the Texas Roadhouse in Tonawanda. It was the inaugural year for Ford’s new mid-sized lineup — a size which proved to be very popular with the buying public (well, except for its almost identical cousin, the Mercury Meteor), eventually spawning a slew of competition from all of the American car manufacturers. That first year the Fairlanes were available only as two- and four-door sedans. MY 1963 would add station wagons and a two-door hardtop to the mix. Convertibles wouldn’t arrive until a total makeover for MY 1966.