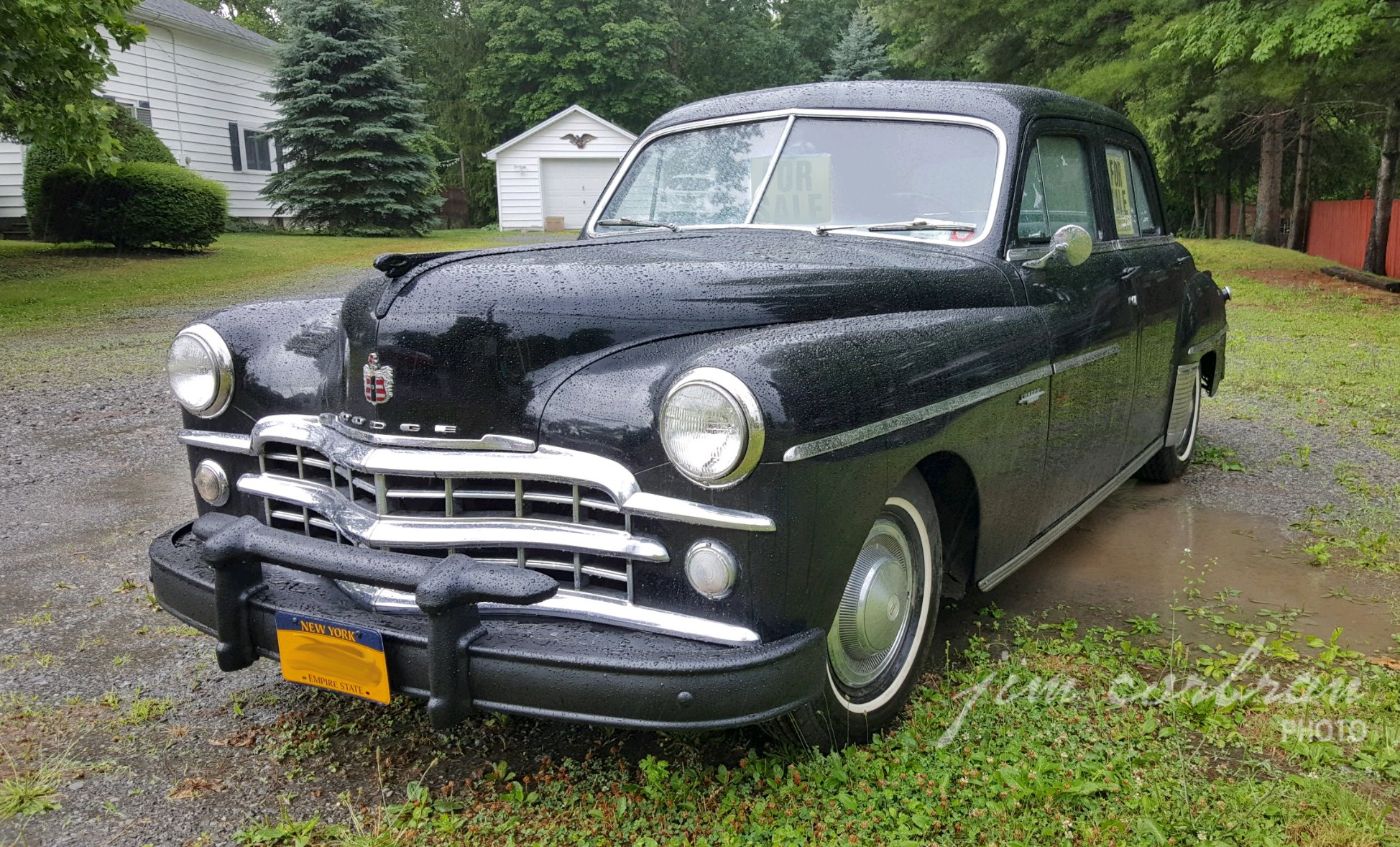 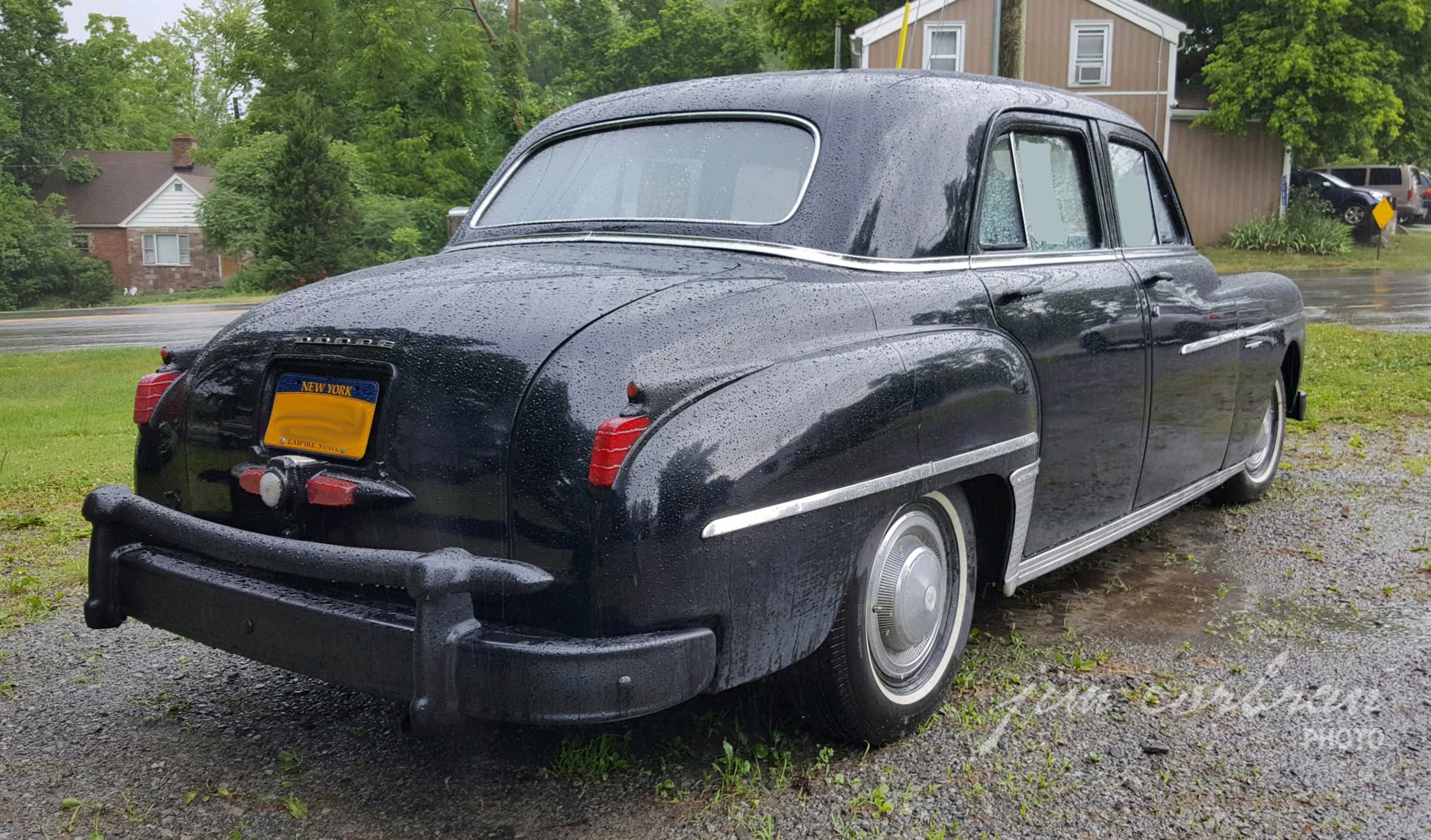 This 1949 Dodge Coronet is from what has become known as their second-series 1949 models. Chrysler Corproation’s all-new 1949 lineups weren’t ready in time for the usual fall introduction, so they sold 1948 models registered as first-series 1949s from the fall of 1948 until April 1949, when the new Wayfarer, Meadowbrook, and Coronet went on sale at Dodge dealers. Speaking of for sale, we spotted today’s RealRide in Elma a few weeks ago in the rain, with a sign in the window offering it to passers-by at a substantially discounted price.