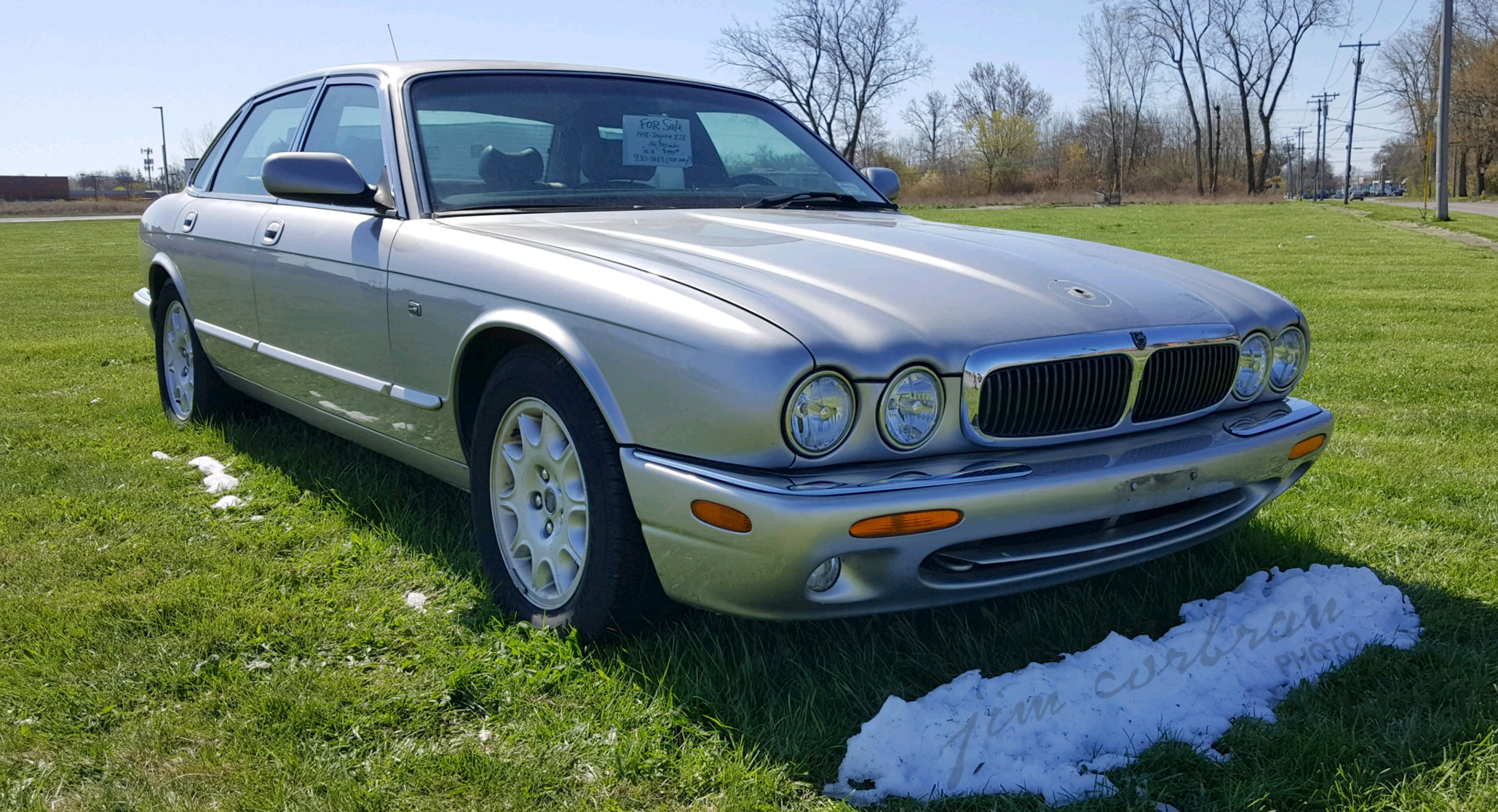 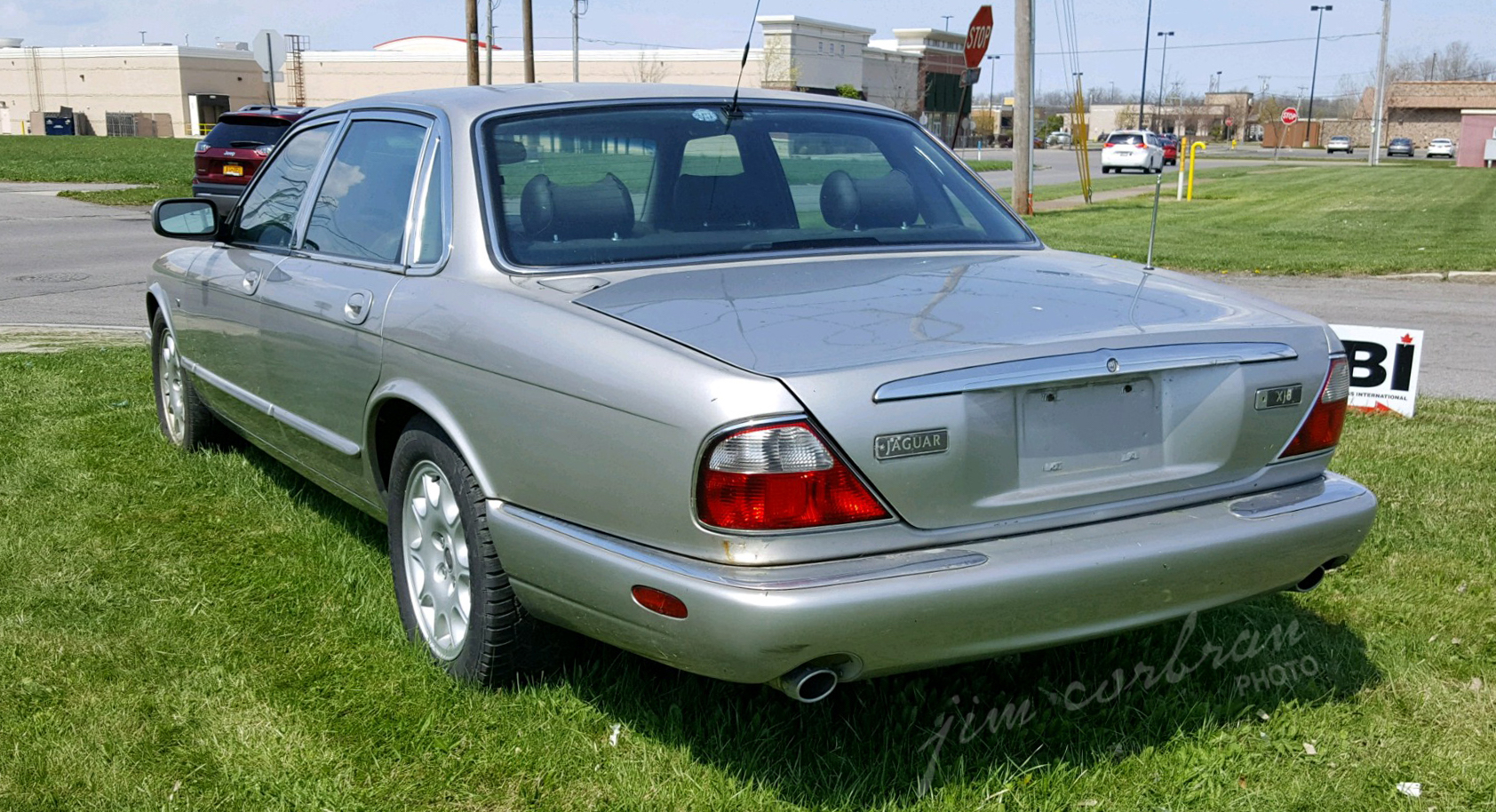 When Motor Trend magazine tested a 1998 Jaguar XJ8 (okay, they tested an XJ8 L, which is a bit longer), the first item mentioned was the new drivetrain. It had the same 4.0L displacement as the previous year’s model, but it was now a V8 instead of an inline six. Jaguar decided this was a good time for an all-new automatic transmission as well, switching from the old GM four-speed to a ZF five-speed. From the outside, the XJ8 looked pretty much the same as the 1997 model. And that’s not a bad thing! We saw this one (for sale) a month or so ago on a Niagara Falls street corner.