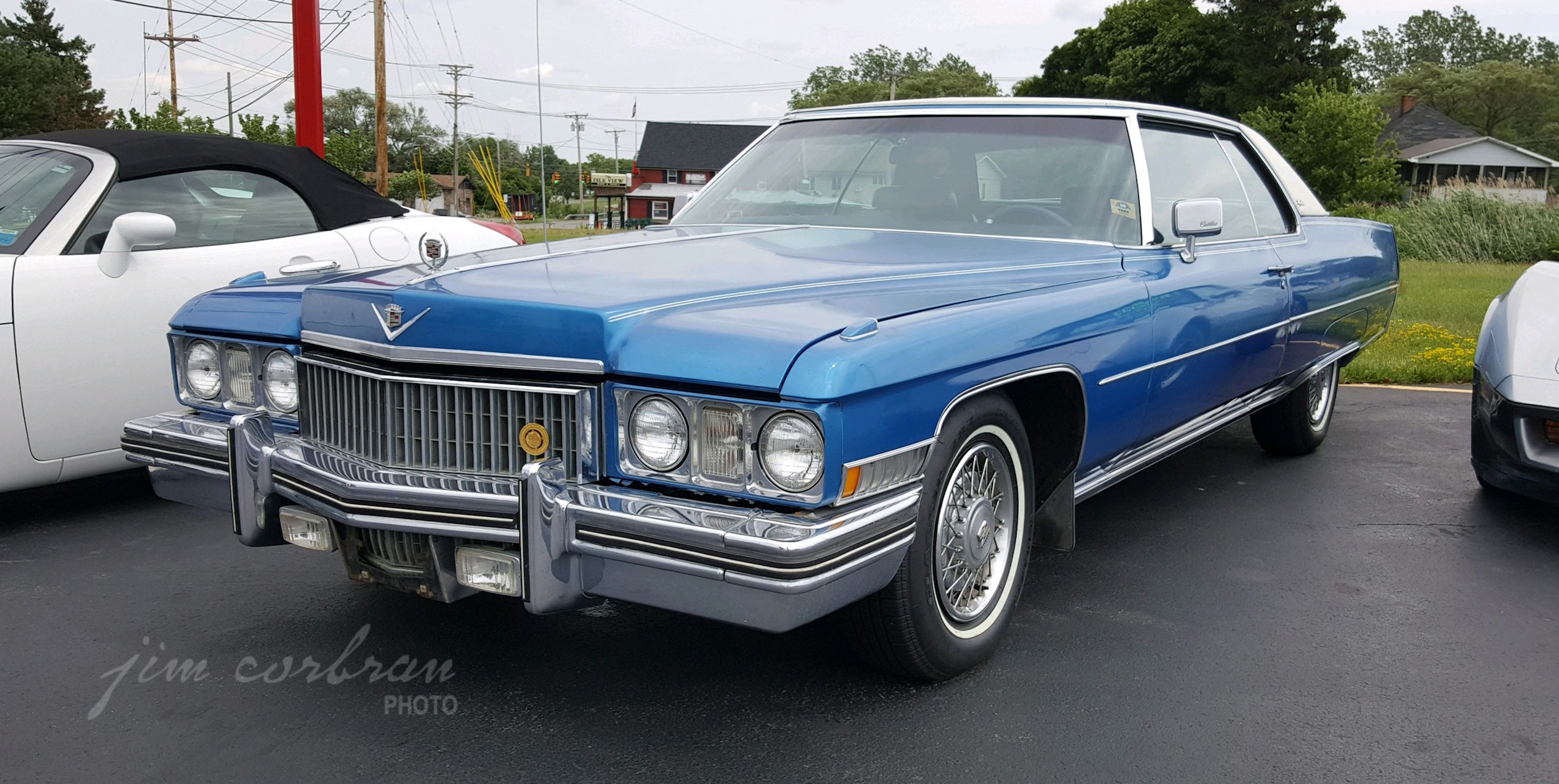 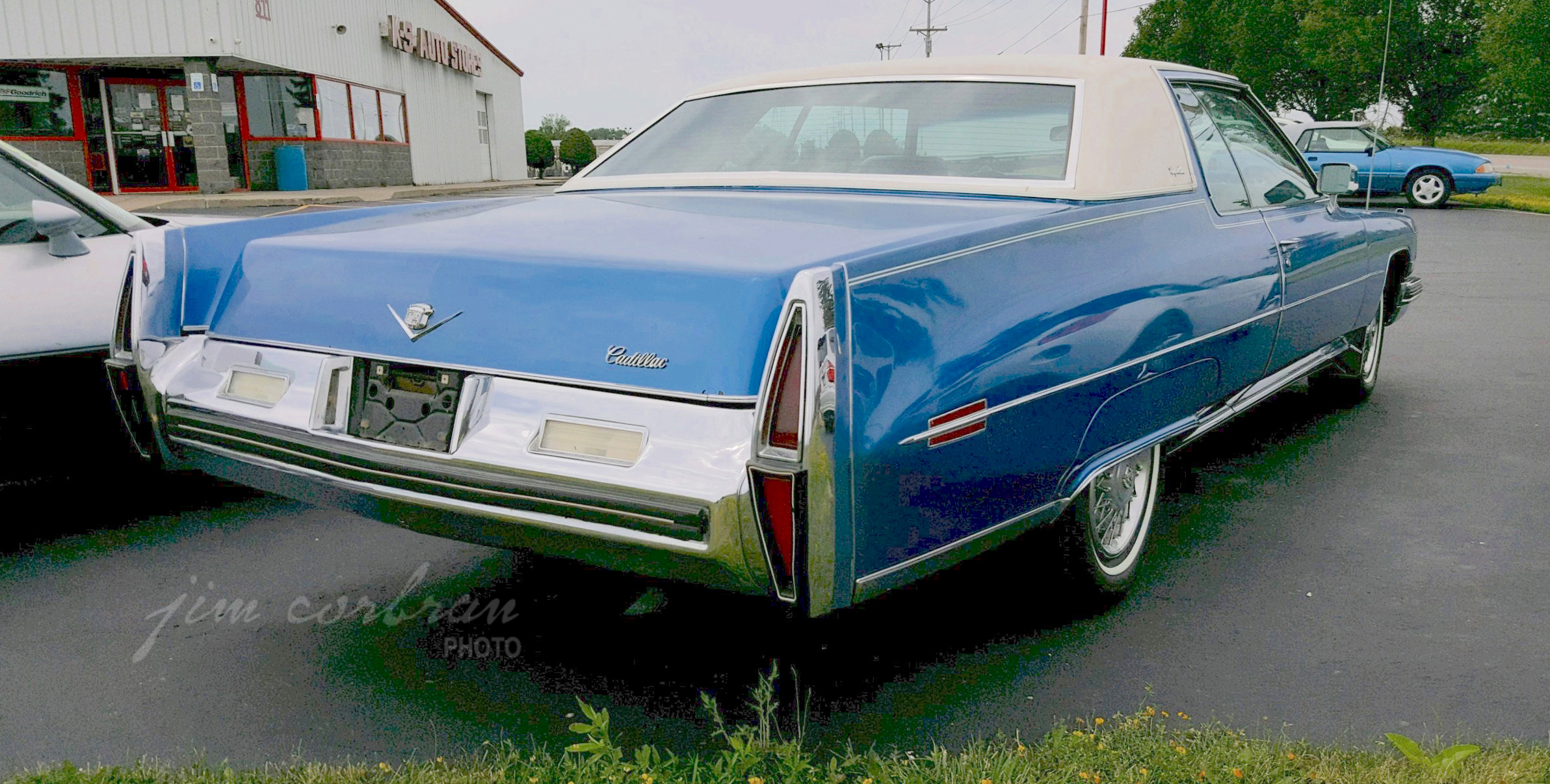 If you wanted an American luxury car but weren’t all-in on the upcoming federally mandated five-mph bumpers, this 1973 Cadillac Coupe De Ville was one of your last choices. Yes, they had the bigger, 1973 front units, but the back was still untouched by the feds for one more model year. Like just about every other car sold in America for 1974, the Cadillac rear ends (like the one below), IMO weren’t exactly aesthetically pleasing. Not only that, but over the years many of the plastic bits used to fill in body/bumper gaps didn’t age very well. Today’s RealRide was seen recently in a Tonawanda used car lineup. 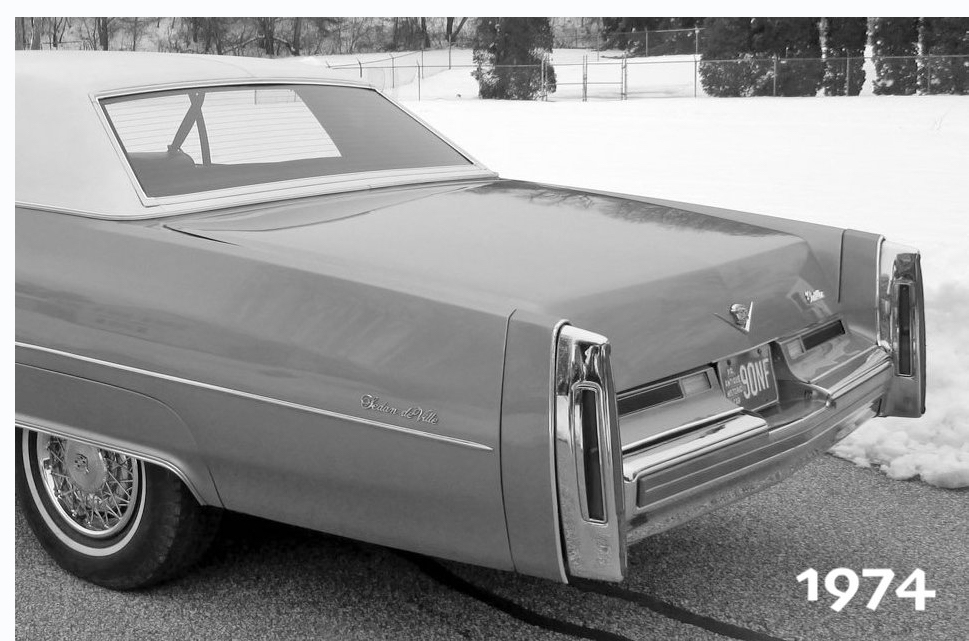