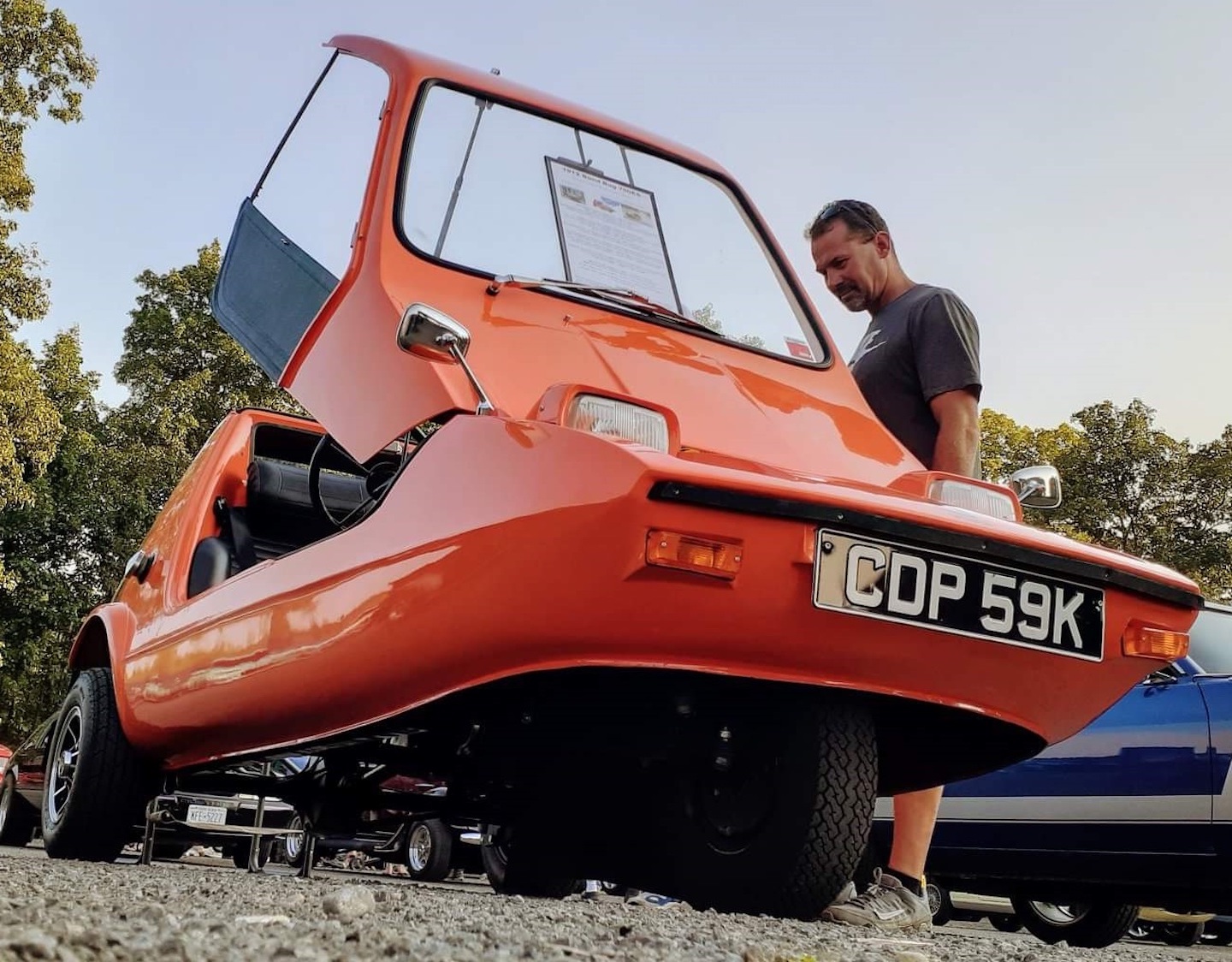 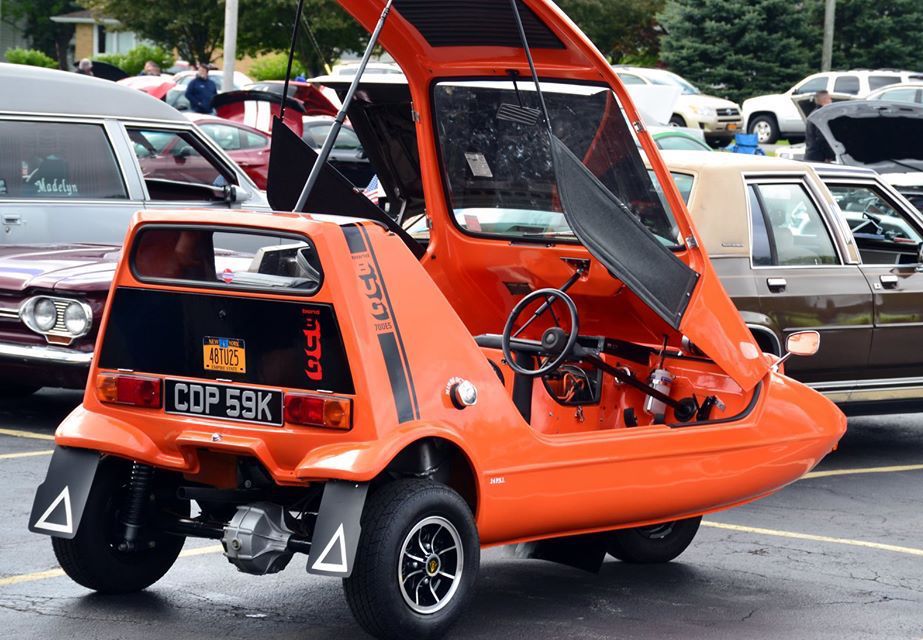 Maybe you’ve seen the 1972 Bond Bug 700ES owned by Dave & Sharon Owczarczyk of Hamburg at a local car show or two; and maybe at first sight you weren’t sure if it was a car or a motorcycle. If you’re familiar with Dave at all, this would have been a legitimate quandry. He’s not only heavily involved with the local car show scene, but you can find him on the web at cyberspokes.com, which goes a long way in supporting WNY’s motorcycling community. The Bond Bug, if you’re still wondering, is a car (a two-seater), as stated in their brochure “…a fun car that does a serious job.” They were manufactured by the Reliant Motor Car Co. of England from 1970 to 1974. Reliant took over Bond Cars Ltd. in 1969 — a name you might recall if you remember another three-wheeler, the (okay, let’s just come right out and say it) rather oddly shaped 1965 Bond Mk. G pictured here at the bottom of the page. Dave tells us that only 2,268 Bugs were produced, and it’s believed that only 150-200 remain on the road worldwide.

(After this was written we learned that the Bond Bug has been sold... but stay tuned during the next couple of weeks to see what Dave & Sharon's new ride is!) 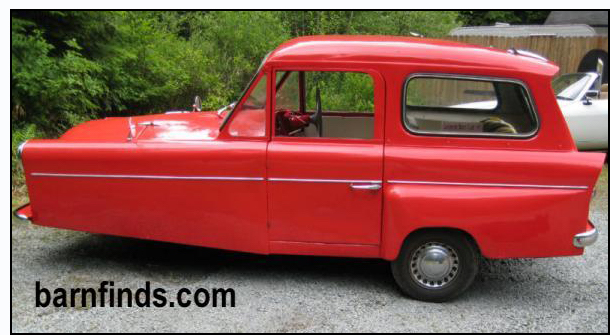