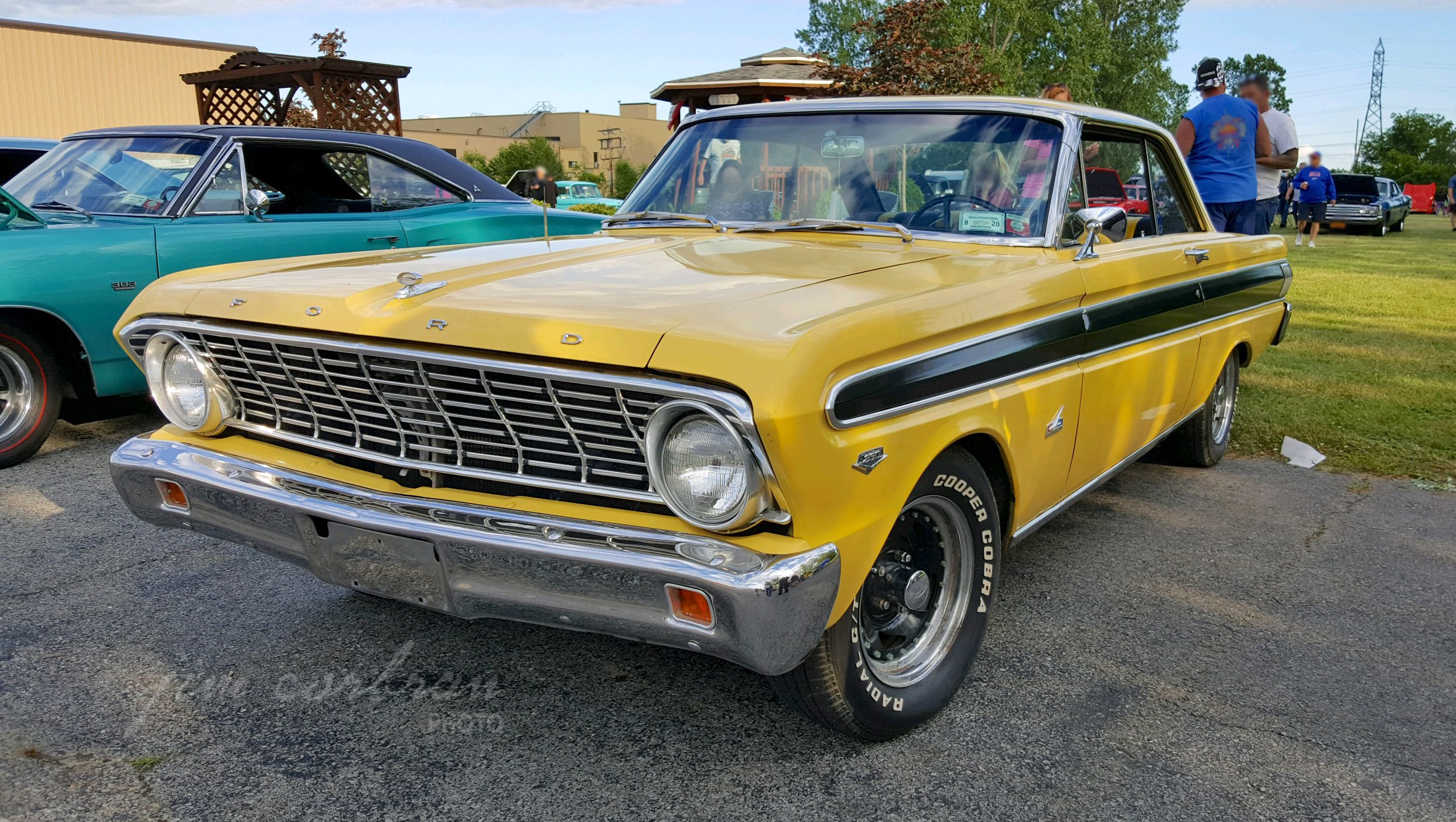 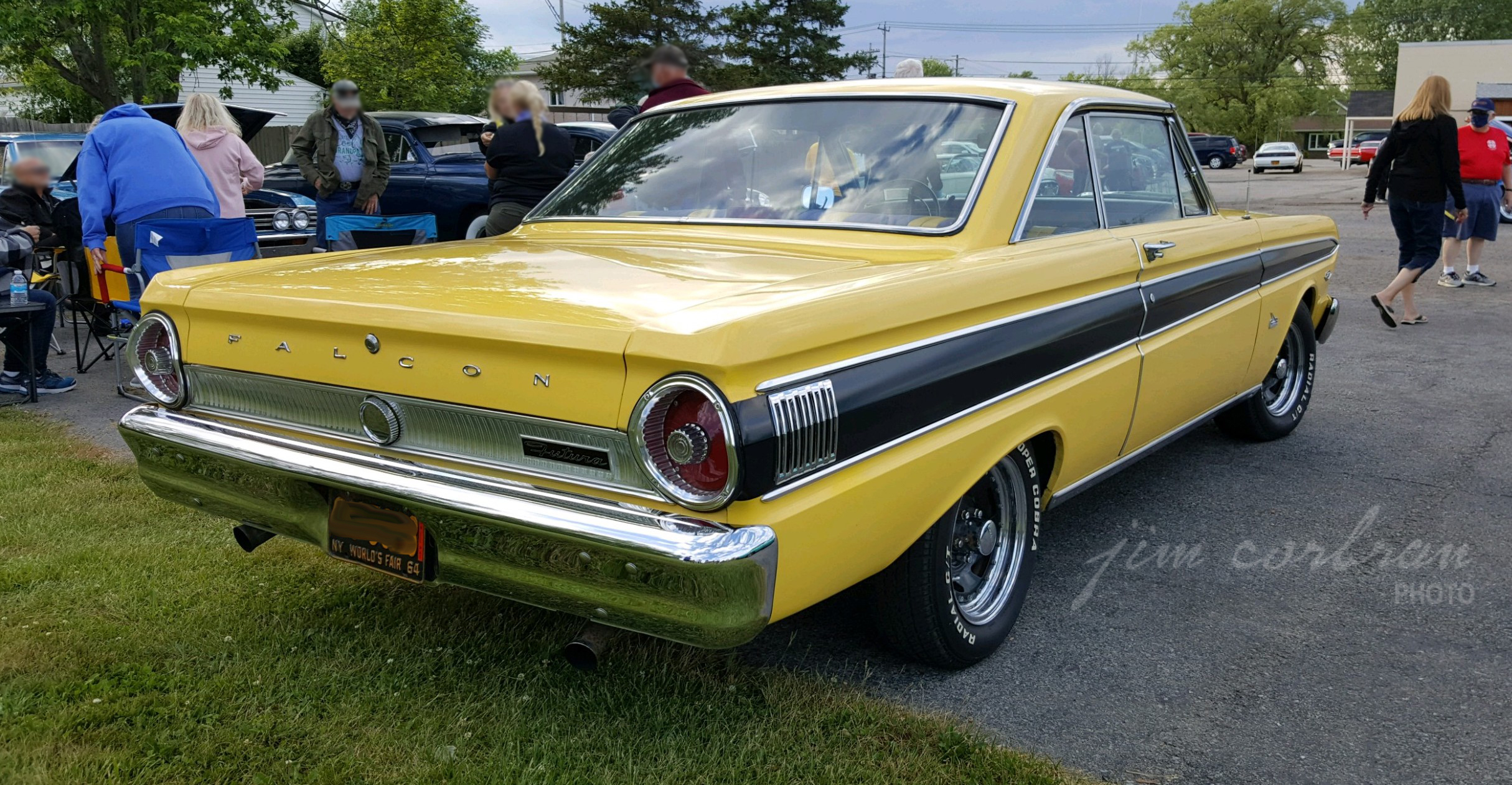 We’ve seen variations of the two-tone treatment seen on this 1964 Ford Falcon Futura many times before, but we’re not sure it was ever offered from the factory. One reason is the brochure description of the 1964 two-tone option: “In general the second color is white and it appears on the roof… For information on other color arrangements, see your Ford Dealer.” Another reason is we’ve noticed a few variations on how the highlight color ends behind the rear quarter panel hashmarks. On some it ends at the rear-most hashmark, while on this one it goes all the way to the taillight. Today’s RealRide, while looking sharp, is also not painted in a 1964 factory Ford color, so there’s that. This is not a knock — just an observation! Came across this Futura a while back at a cruise night at the Urban VFW-AMVETS Post in Lancaster.