This 1964 Chevrolet Chevelle Malibu Super Sport sport coupe was spotted earlier this year on a street corner in the Village of Wilson. The SS was also available as a convertible (below). Chevy told us “Everyone has a bit of swashbuckler in him. And one sure way to bring it out is to get behind the wheel of an all-new Malibu Super Sport.” This was the Chevelle’s inaugural year, and it gave Chevrolet an entry in the hot new mid-size car category. Ironically, this “mid-size” Chevelle has roughly the same exterior dimensions as Chevy’s full-size 1955 models: both had a 115” wheelbase; the ’55 was 195.6” in length while the Chevelle was actually a bit longer at 198.8”; and not surprisingly, the ’55 was taller — 60.5” vs 54.1”. 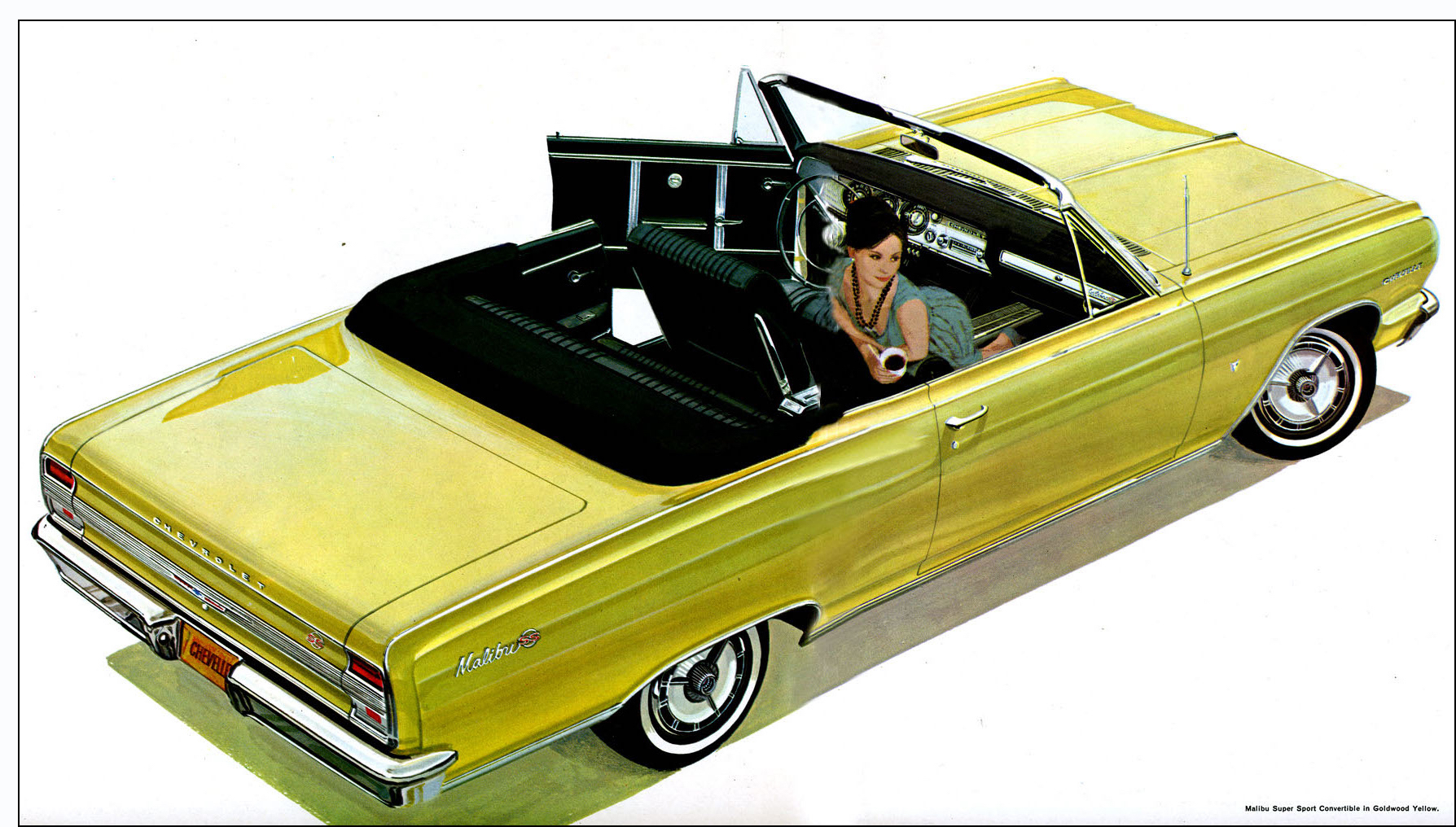