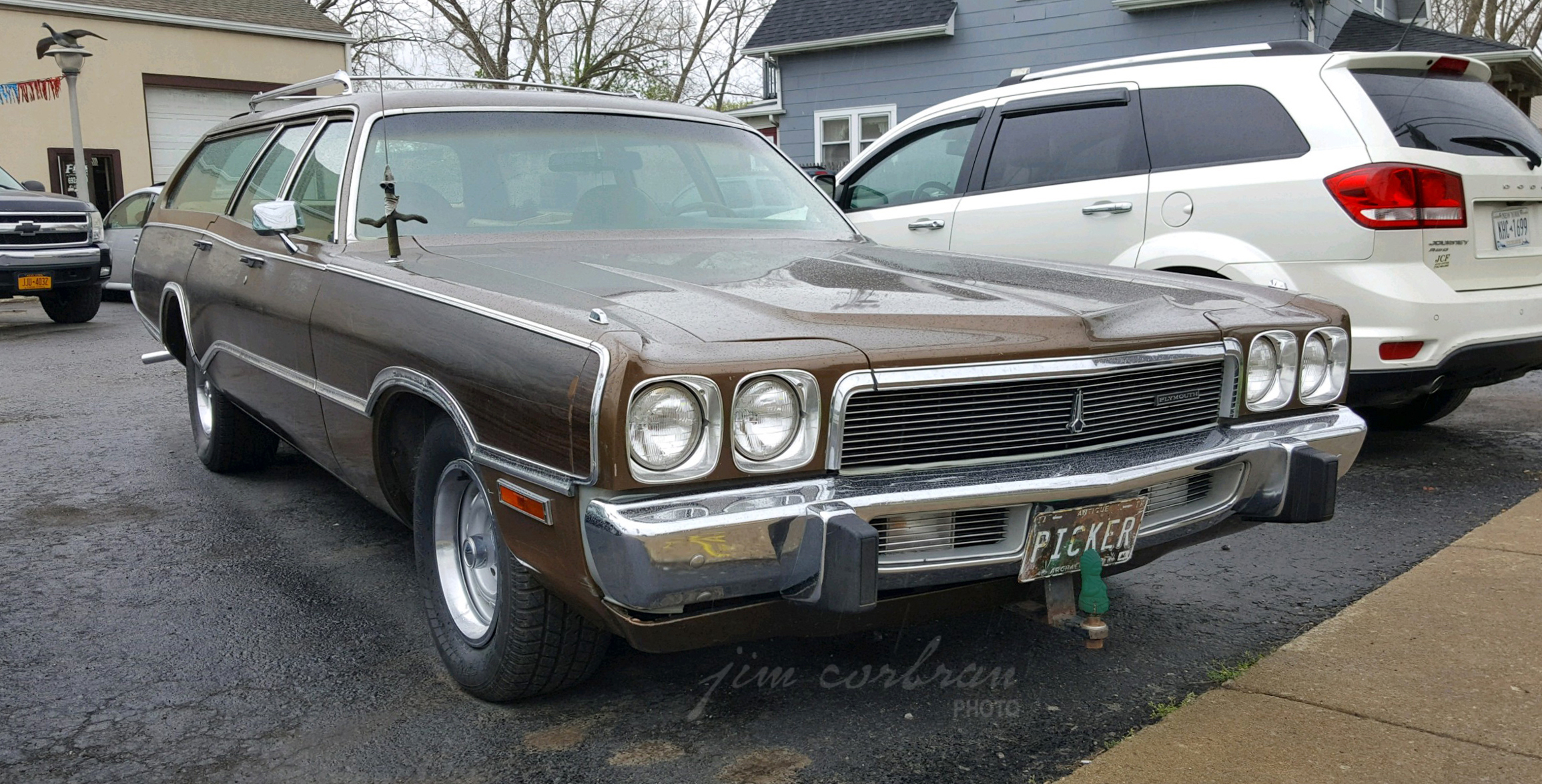 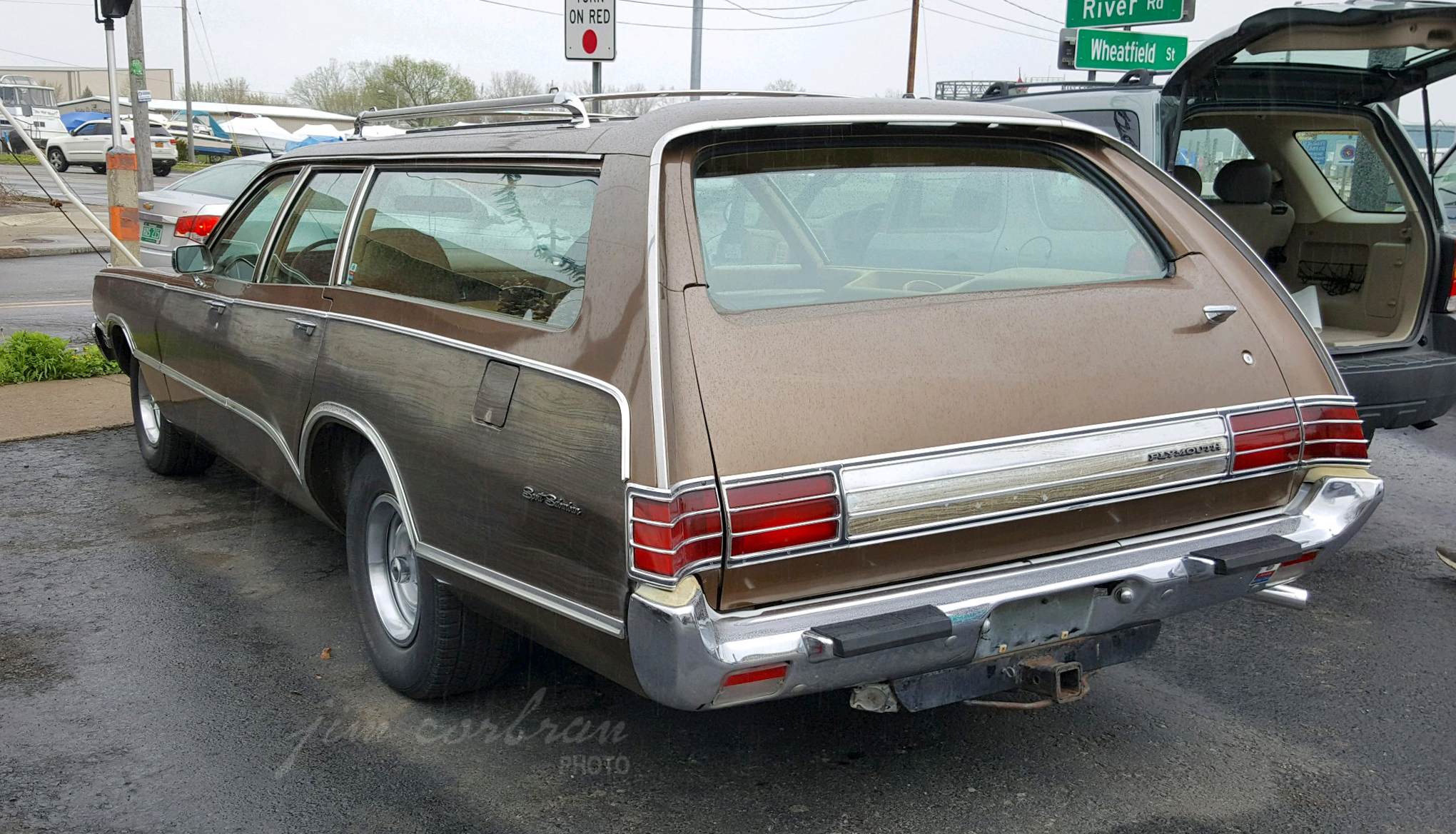 When was the last time you saw a big fuselage-bodied wagon out in the wild? This one, a 1973 Plymouth Sport Suburban, was seen last month sitting in a North Tonawanda used car lot. The wood-grained Sport Suburban was the Plymouth Fury line’s most deluxe version; there were also Suburban and Custom Suburban models (below). The least expensive, the Suburban, was available only as a two-seater and had the lowest sales numbers of the three at a mere 5,206. The other two models were available in both two- and three-seat versions, with the larger capacity wagons out-selling the others in both cases.