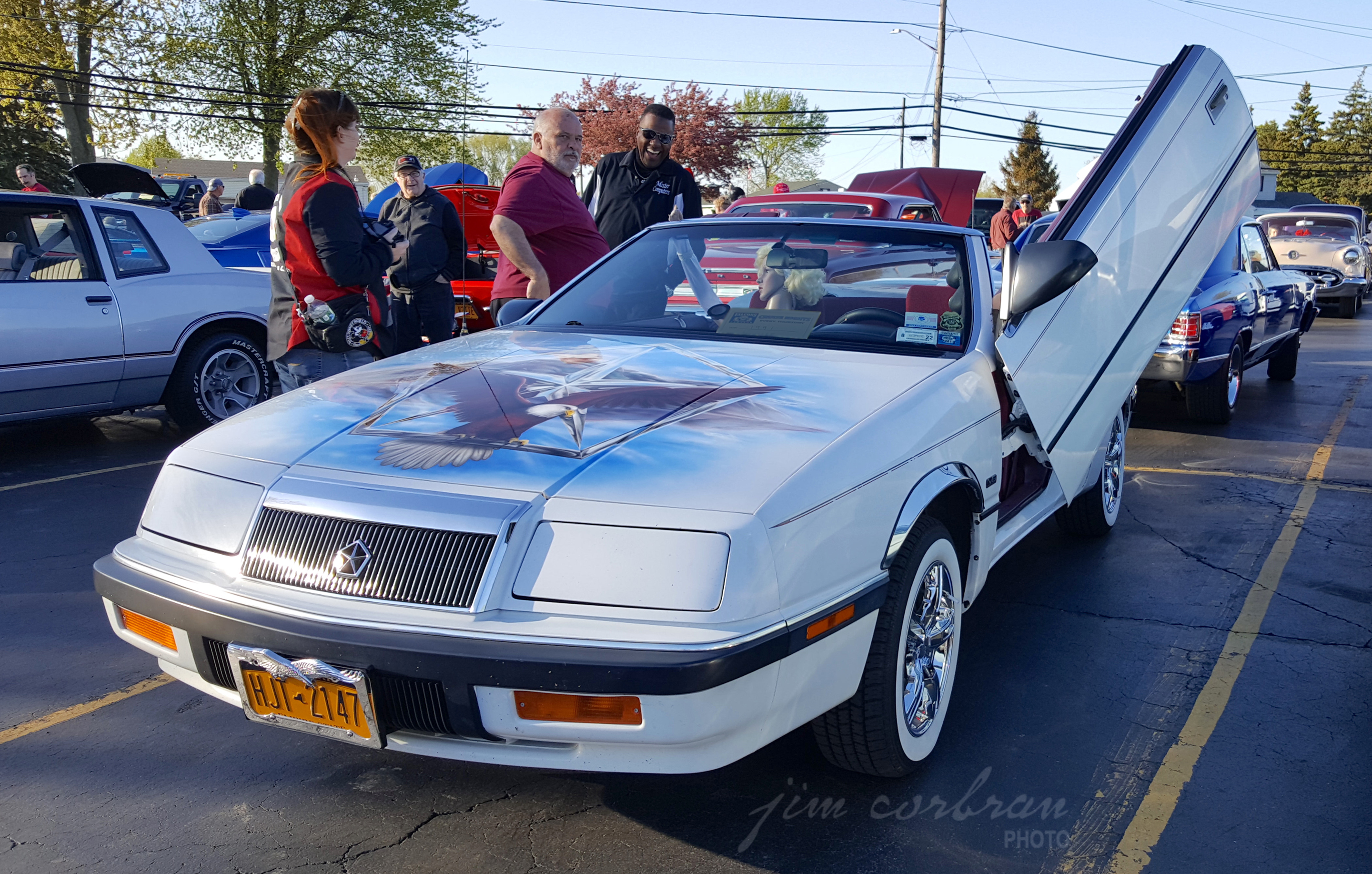 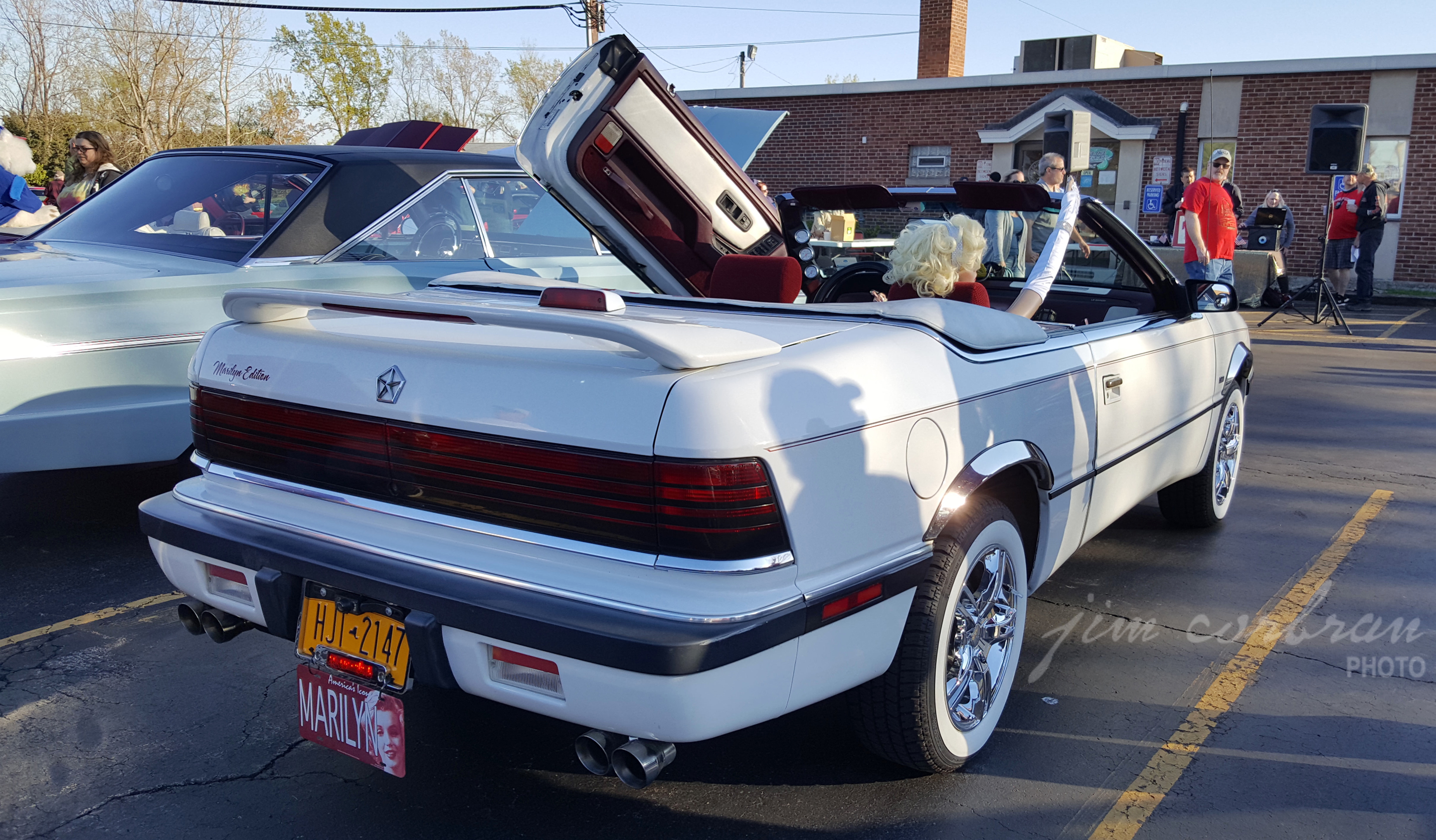 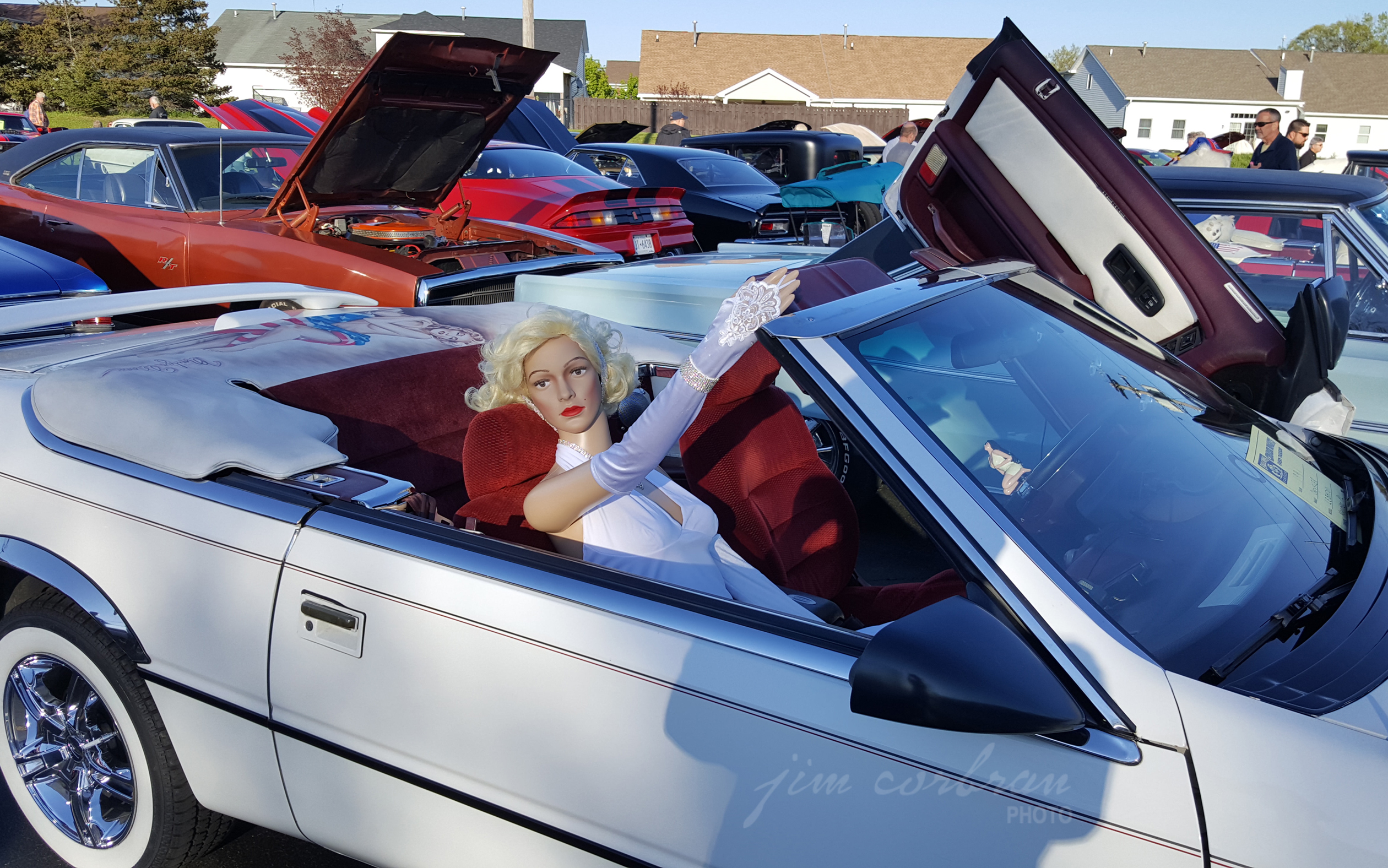 If you’ve been attending local cruise nights and car shows for the past few years, undoubtedly you’ve come across the 1991 Chrysler LeBaron belonging to Sloan’s Johnathan Rogers. It might be said that Johnathan has a bit of a thing for Marilyn Monroe… but we’re just guessing, Lol… It’s most likely the only LeBaron in WNY (anywhere?) with Lambo doors. The Marilyn mannequin (a surprise gift from Rogers’ wife) graces the passenger seat, while the hand-painted “Marilyn Edition” script on the trunklid is a relatively new addition. One of the more fun cars (driven by one of the more fun people) on the local classic car circuit, we photographed it last month at a weekly cruise-in held by the Falcons Car Club in Depew.